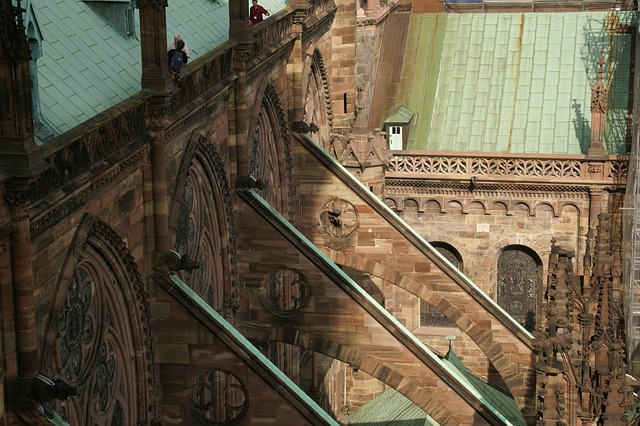 A buttress is a structure built against another structure in order to strengthen or support it. Historically, buttresses have been used to strengthen large walls or buildings such as churches.

Flying buttresses consist of an inclined beam carried on a half arch that projects from the walls of a structure to a pier which supports the weight and horizontal thrust of a roof, dome or vault. This thrust is carried by the flying buttress away from the building and down the pier to the ground. The pier is frequently crowned by a pyramidal or conical ornament known as the pinnacle, which helps to add weight and improve stability.

The balancing of forces by the addition of flying buttresses has enabled buildings to become much taller and more elaborate. They are a common feature of Gothic architecture and are often found in medieval cathedrals.

Romanesque architecture dating back to the 10th century featured internal buttresses as supporting elements for the inside of church walls. Towards the end of the Romanesque period, architects were aspiring to build churches and cathedrals on an ever-more ambitious scale, and with the arrival of the Gothic period in the 12th century, flying buttresses were introduced as a means of making such buildings taller. By directing the weight of the roof away from the walls, more windows could also be incorporated which provided cathedrals with much more natural light.

One of the most prominent cathedrals to include flying buttresses was Paris’ Notre Dame which began construction in 1163 and was completed in 1345. Flying buttresses were also a distinctive feature of the Saint Chapelle in Paris, the Duomo in Milan, and the cathedrals at Chartres, Rouen, Reims, Amiens, as well as London’s Westminster Abbey.

Flying buttresses continue to be used in large modern structures such as retaining walls and dams. 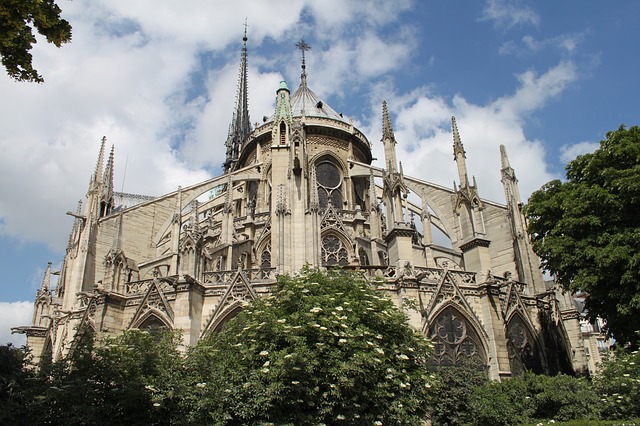 This is a very great raliable source!!!