An arch is a curved structural form that carries loads around an opening, transferring them around the profile of the arch to abutments, jambs or piers on either side. Arch are structurally very stable in compression, as loads are relatively evenly balanced through their form.

A vault is a structural form composed of a series of arches, typically found in the construction of ceilings or roofs.

The word 'vault' may also be used to refer to a room or chamber used for storage, in particular if it is underground, or secure. 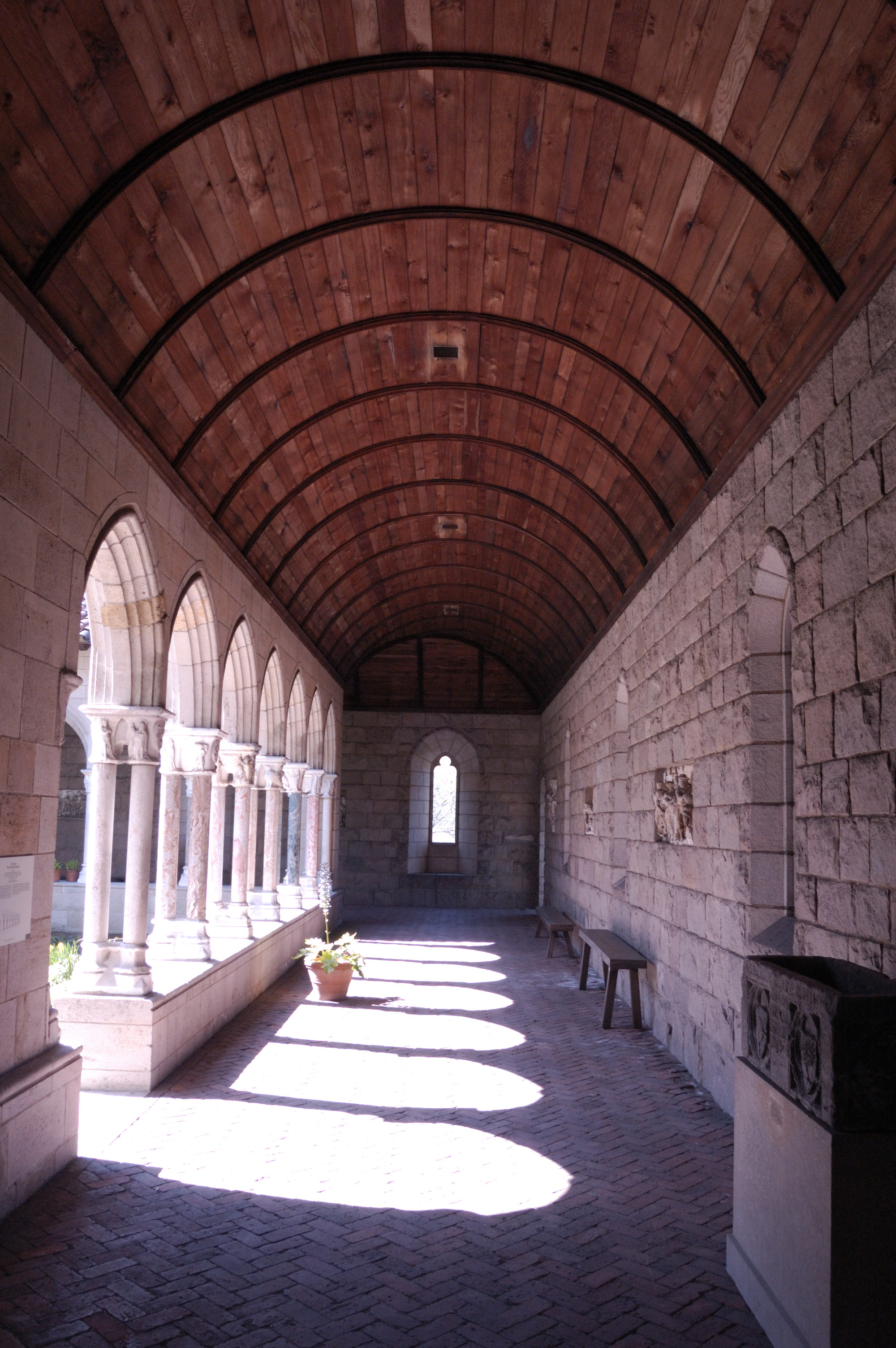 Vaults must be able to withstand the outward pressure on the lower parts of the vault imposed by the structure above. If the vault is underground, this pressure might be resisted by the ‘fill’ surrounding it. If it is above ground, it can be resisted by thick supporting walls, supporting columns, buttresses, stiffening diaphragm beams, side anchors or parallel walls that can distribute stress.

The arrangement of arches relative to one another determines the type of vault.

A barrel vault (sometimes referred to as a cradle vault, tunnel vault, or wagon vault) is a continuous arched shape that may approximate a semi-cylinder in form, resembling the roof of a tunnel, or may be pointed at its apex. It is typically formed by a series of arches placed side by side (or sometimes by a continuous shell).

Cloister vaults, also known as dome vaults, are dome-shaped vaults that maintain a polygonal shape in their horizontal cross-section. They arch towards the centre from a constant spring point along a wall.

A corbel is an architectural member that projects out from a wall and acts as a type of bracket to carry weight, such as that imposed by a balcony above.

Corbel arches consist of two opposing sets of overlapping corbels meeting at a peak, resembling an inverted staircase. When these arches are formed in a series they are known as a corbel vault. Both corbel arches and vaults were common elements of Babylonian and Mayan architecture, where curved structures had yet to be developed.

A rib vault is a structural ‘skeleton’ of arches onto which masonry can be laid.

The crossed-arch domes is one of the earliest types of ribbed vault, formed where the ribs, instead of meeting in the dome’s centre, are intertwined to form polygons, leaving an empty space in the centre. The earliest known crossed-arch dome is in Spain’s Great Mosque of Cordoba, dating back to the 10th century. 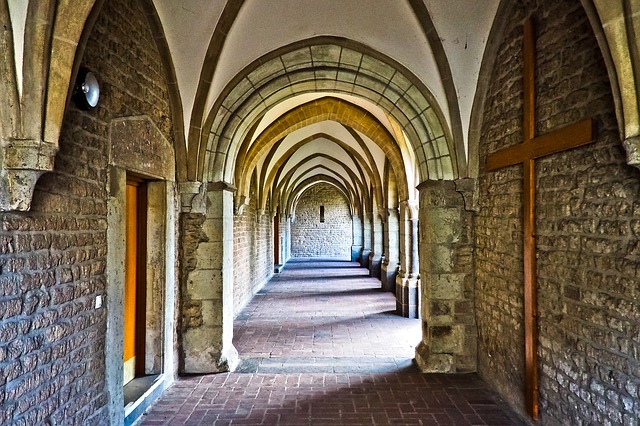 A fan vault is formed by a series of concave sections or ribs that spread out from a series of spring points, typically associated with Gothic architecture. 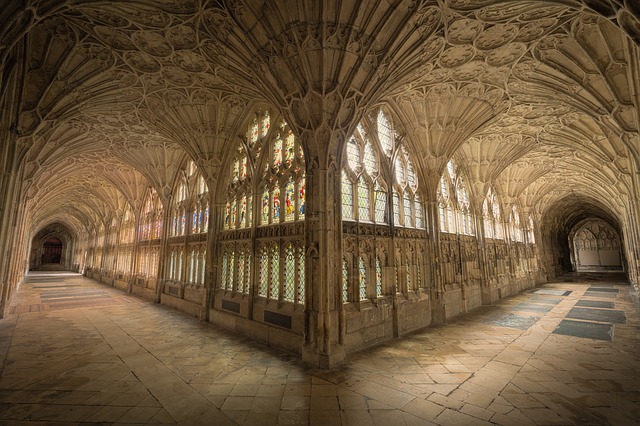 Retrieved from "https://www.designingbuildings.co.uk/wiki/Vault"
Create an article