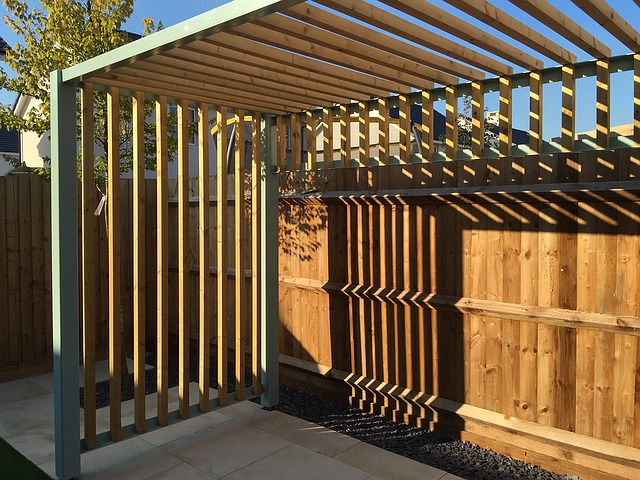 A pergola is a type of garden structure that is typically constructed over an outdoor seating area or walkway. Pergolas are usually made from vertical posts, horizontal cross beams and a lattice roof (that is either left open or closed, although some pergolas are convertible).

The word pergola comes from the Latin word pergula, which translates as projecting eave.

Masonry pergolas were popular during the Italian Renaissance. The idea was adopted by English landscape designers who brought them to England and introduced them into the gardens of their clients.

An open (or roofless) pergola is generally used for decorative purposes. Closed (or roofed) pergolas can be decorative as well, but they can also be used as protection from the elements (such as shading from the sun or shielding from the rain). Pergolas are generally open on the sides.

Both structures are sometimes used to support vines, roses or other types of climbing flowers or foliage. Pergolas can be made from timber, plastic, steel, stone or a combination of materials and can be built onto another structure or left freestanding.

Pergolas are also similar to gazebos, although gazebos traditionally feature a closed roof.

Retrieved from "https://www.designingbuildings.co.uk/wiki/Pergola"
Create an article