Egyptian halls are large rectangular rooms built in the ancient Roman style (derived by Palladio from Vitruvius). The halls feature an internal series of columns which may support another colonnade above the entablature. They were popular in the 1700s - sometimes created by neoclassical architects.

Lord Burlington had an Egyptian hall built in his Assembly Rooms in York. The stylish room was an 18th century version of an ancient Egyptian hall depicted in a 16th century illustration by Palladio. This is the term's connection to Egyptian architecture.

Another example of an Egyptian hall can be found in Mansion House in London, built between the years of 1739 and 1752 by George Dance the Elder. 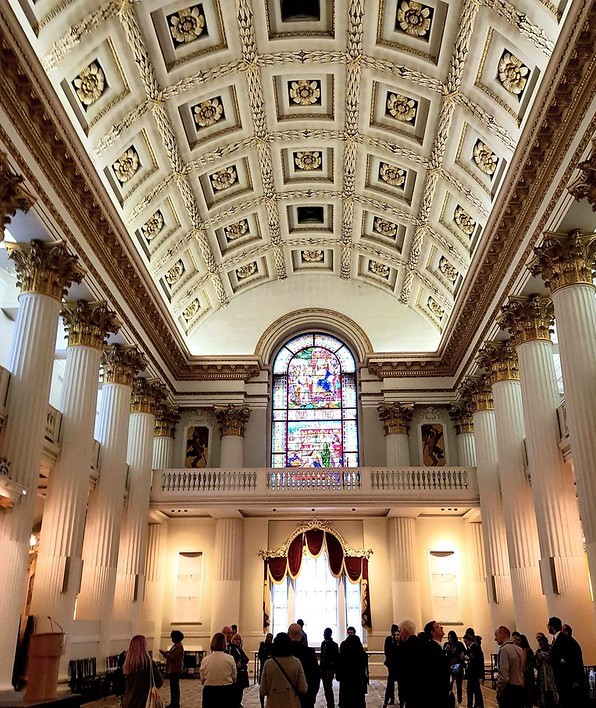 Retrieved from "https://www.designingbuildings.co.uk/wiki/Egyptian_hall"
Create an article