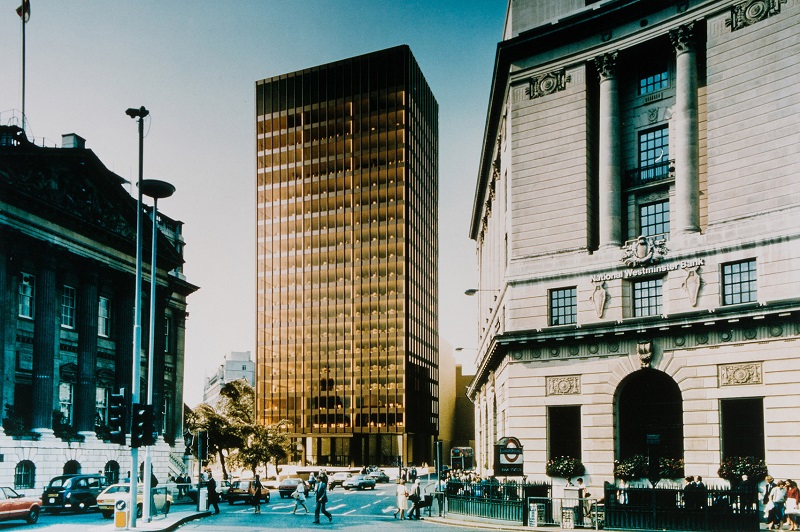 On 14 March 2017, Designing Buildings Wiki attended an event held by the RIBA to mark the opening of a new exhibition examining one of the most notorious planning controversies of recent decades, and one that remains at the heart of ongoing debates about conservation and progression in architecture.

'Mies van der Rohe & James Stirling: Circling the Square' presents an examination of two iconic architectural schemes that were proposed for the same site in the City of London. Commissioned by patron and developer Lord Palumbo, Mies van der Rohe’s Mansion House Square project promised a modern and transformative tower as well as a civic space in one of the most congested parts of the City. It has been described as ‘the greatest public space never to have been built in London’.

After much debate however, and following a very public intervention by the Prince of Wales, the project was scrapped and a new postmodern design by James Stirling – Number 1 Poultry – was selected and finally realised in 1998. 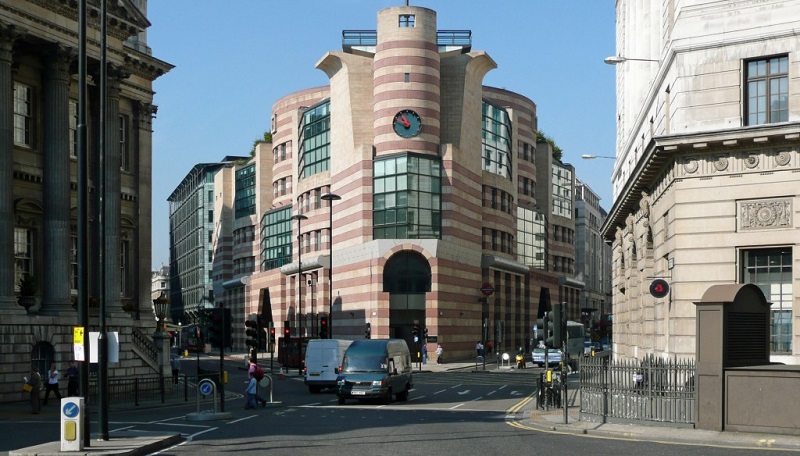 Presented together for the first time through never-before-seen objects and drawings, the exhibition allows comparisons to be drawn between the designs of two of the most highly-recognised architects of the 20th century.

The accompanying debate, ‘The Inquiry’ brought together a panel of experts to discuss the merits of each project, before putting it to an audience vote. 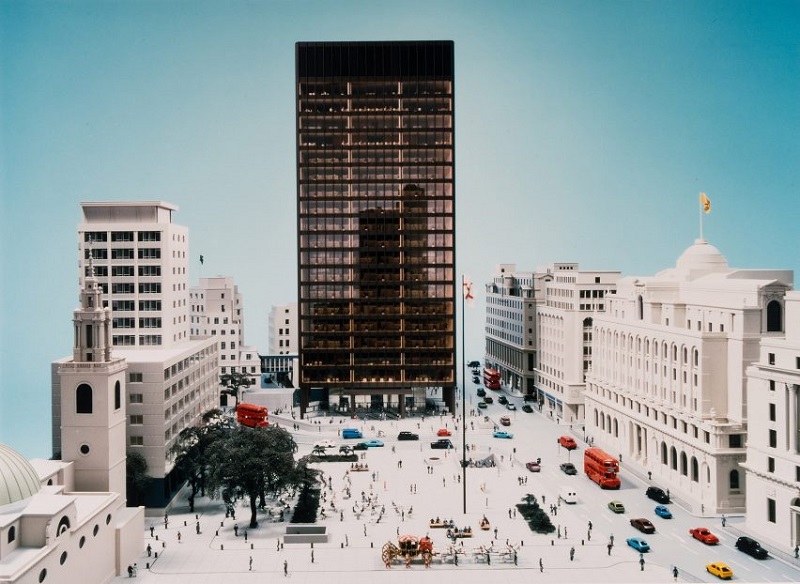 Opening the debate on the side of Mansion House Square, James Taylor-Foster of ArchDaily, focused on the intervention of Prince Charles, which many deem to have fatally wounded Mies’ project. In a speech at Hampton Court Palace, the Prince labelled the design “just another glass stump”. Taylor-Foster attacked the Prince for his ‘populist criticism’ and accused him of knowingly using the project to further his own ‘very typical British nostalgia’.

Taylor-Foster quoted the philosopher Alain de Botton, who said ‘a building should always bear in mind where it is and what time it is’; and by contrast, the Prince’s architectural aspirations amounted to the whole country ‘blending into an expansion of Poundbury … a monarchic dictation of how people should live out their chocolate-box existences.’

Opening the debate in favour of No.1 Poultry, Vicky Wilson, curator at RIBA, began by describing it as a ‘truly modern building, eclectic and celebratory of its historic influences.’ She claimed that it recognises and integrates the fading memory of the traditional City of London architecture, and said the Mies proposal would have created a very different space, with the preexisting buildings becoming almost subservient to it.

According to Wilson, No.1 Poultry engages far more intimately with the site, claiming that unlike Mansion House Square it couldn’t be transposed elsewhere. She highlighted and praised the building’s symmetry around its central axis, the elevations that follow a rhythm of repeated elements, and sandstone facades that echo the surrounding architecture. Wilson closed by saying that ‘with Mies you know what you’re getting, whereas with Stirling anything goes, and that’s always far more interesting.’ 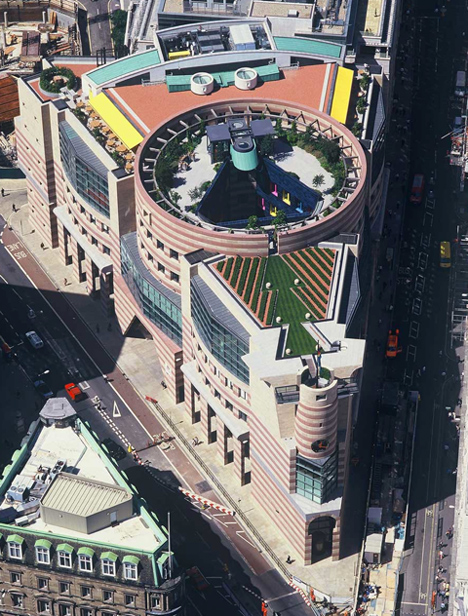 Picking up the baton on behalf of Mansion House Square, Jack Self, architect and editor-in-chief of Real Review, conceded it was hard to compare an existing building with one that never existed except in model and plan form. Self questioned why we have accepted the superiority of the Greek and Roman orders that have been transplanted around the world, and asked why the White House, Mansion House and the Pantheon all employ the same architectural traditions.

By contrast, Self claimed that Mies’ design understood the context of London as a Roman city and tried to accommodate that, looking to the future and to a modern London. Self claimed that Mies had planned every detail right down to the doorknobs, and every floor was to have had a unique arrangement. He concluded that it would have been an exemplar building, of very high quality, and a giant modernist leap for London.

Continuing the case for Stirling’s No.1 Poultry, Oliver Wainwright, architecture critic at The Guardian, began by running through a slideshow of identikit Mies high-rises from across America, bringing scorn upon claims of Mansion House Square’s uniqueness. He derided the design as ‘yet another generic scheme lifted from grid-iron Chicago’, and said it was Mies ‘resorting to his default mode’. (See Mies' Seagram Building below.)

He celebrated Stirling as being ‘one of the most dazzlingly original post-war British architects’, and described No.1 Poultry as being ‘a rich collage … jutting into Bank junction like a galleon made out of Battenburg cake’. Fun-façade aside though, Wainwright drew attention to the sophisticated spatiality of the building in terms of movement, calling it an ‘almost cosmic collision of shapes in plan-form’, compared with Mies’ rigid grid on a complex oblique site.

Closing the debate for Mansion House Square, Pooja Agrawal, Greater London Assembly, focused on the open space of the square that Mies had intended to be created by his project. She raised the serious issue of the congestion around Bank station which has resulted in a number of serious and fatal accidents. She stated that the strength of Mies’ proposal was that he was also designing a piece of the city to help it function better, with formal seats/benches, greenery and links to the station. 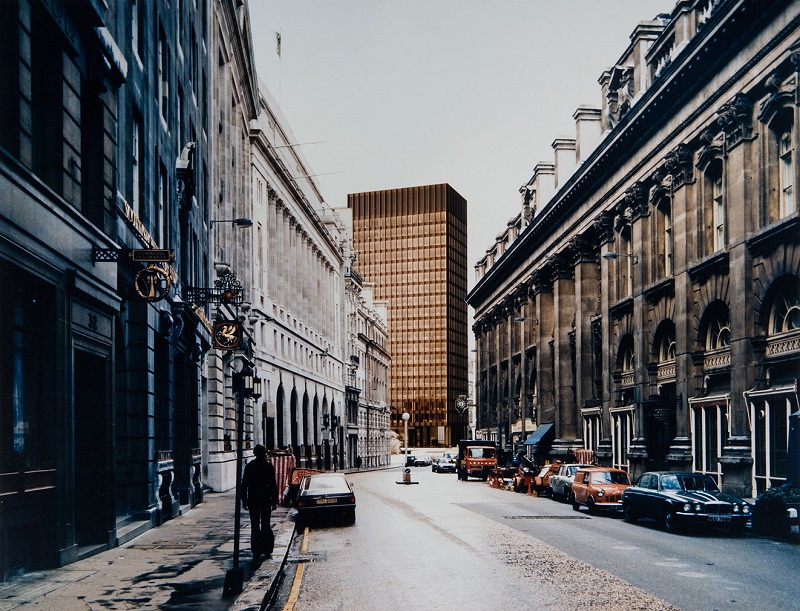 She claimed that the square would have had ceremonial potential providing a focus for possible protests to take place. On this latter point, she drew the comparison with the nearby Paternoster Square, ‘a paternalistic surveillance-heavy space’ from which Occupy protesters were barred during their protests in 2011.

Finally, closing the debate for No.1 Poultry, Roger Bowdler, Historic England, eloquently explained the reason for the building’s recent listing. He suggested it; ‘fuses collectivity with a sense of memory, drawing inspiration from the ghosts of what went before’.

He pointed out that the terracotta frieze is a ‘literal reminder of one of the saddest losses in British architecture in recent decades’. He described Stirling’s project as not just a conservation project but a great example of contextualism; epitomising a new epoch in architecture of ‘not yet historic, not quite new’. 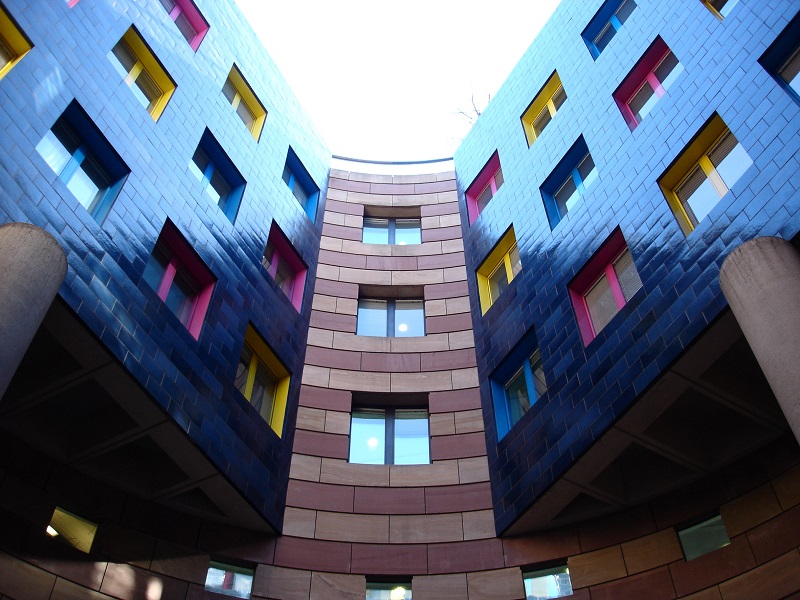 When asked to vote, the audience were fairly evenly split, apparently swayed by the arguments of both sides, proving perhaps that the issues remain as contentious and divisive now as ever they were.

Retrieved from "https://www.designingbuildings.co.uk/wiki/The_Inquiry_-_Mansion_House_Square_v._Number_1_Poultry"
Create an article