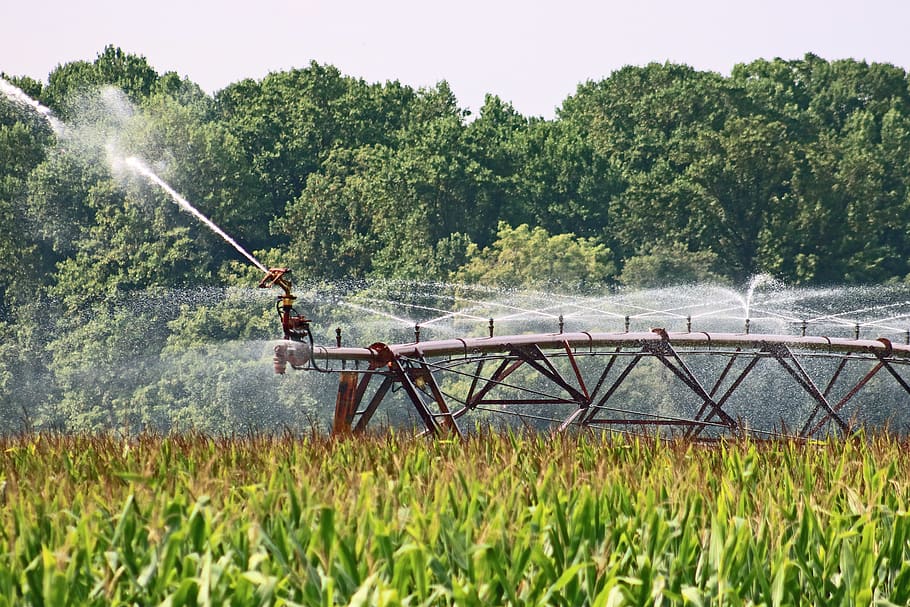 Irrigation is the controlled watering of land by artificial means. It is primarily used to sustain crop growth, cool livestock, suppress weeds or protect land from freezing. It can also be used as a control measure in areas where lack of consistent water supply can have a negative impact on the landscape.

Irrigation has also been used for non-agricultural purposes such as sewage disposal and dust suppression.

As an agricultural tool, irrigation has been used around the world for thousands of years. The earliest evidence of its existence was found in Iran; this system is believed to date from 6000 BC.

In Egypt, significant irrigation measures were built around 3000 BC to control the level of the Nile. In addition to supplying water to crops, this irrigation project also involved the construction of other complex water engineering measures.

Irrigation was used extensively in ancient civilisations in China, India, Sri Lanka, Korea and the Americas.

There are several methods of irrigation, which vary in how the water is supplied. Some of the most common types include:

There are several water sources that can be used for irrigation purposes. These include:

Retrieved from "https://www.designingbuildings.co.uk/wiki/Irrigation"
Create an article