Fountains are available in a wide range of different styles, sizes and using many different materials, and are often customised according to specific design objectives. Fountains are typically prefabricated, sometimes as a piece of 'sculpture', and delivered to site.

Some of the most common types of fountain found in gardens are described below. 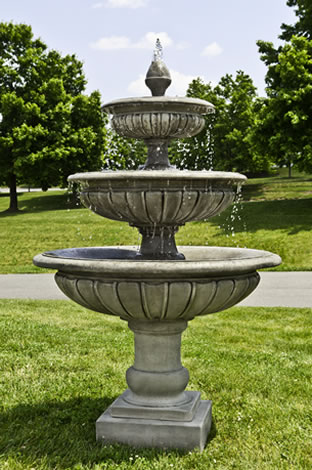 This is a very popular form of garden fountain, particularly in the Mediterranean where they can often be found in courtyards and plazas. A tiered fountain can be designed in a simple form or a more complex one with elaborate carvings, mouldings and other ornamentation. The water is pumped up to the top of the fountain through the core and then cascades down over the tiers to the bottom reservoir where it is recirculated. 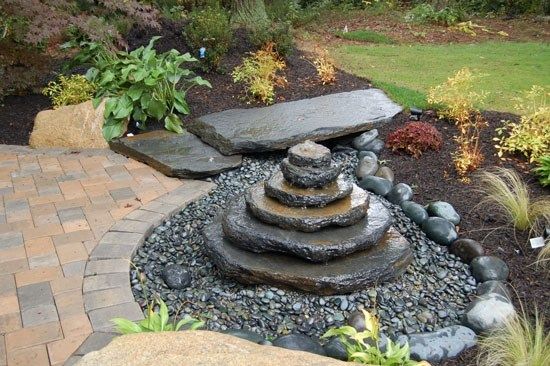 Also known as a pond-less fountain, this type of fountain is characterised by its reservoir which is concealed beneath the ground. This can create an attractive aesthetic when positioned near to a patio or stone path.

The lack of open pond or reservoir means that it is a safe choice for a garden if children are going to be present, but it also uses less water than other fountains since the water belowground does not evaporate. It also requires less space which makes it suitable for small patios and back gardens and it does not need much maintenance since debris and leaves cannot get into the reservoir, and the sun cannot cause algae to grow. 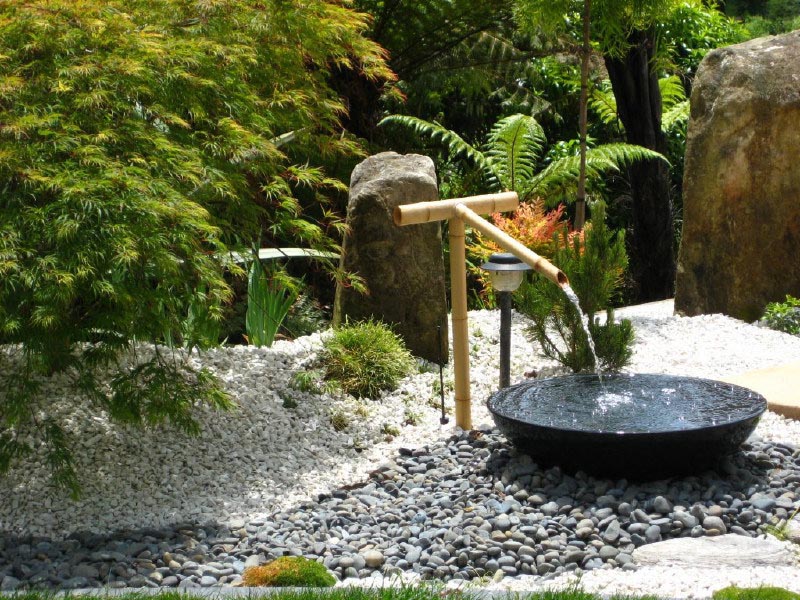 Japanese gardens are characterised by water fountains with the symbolism of spiritual and physical cleansing. They are generally designed simply with water trickling from a spout into a basin which is often made of stone and surrounded by vegetation. 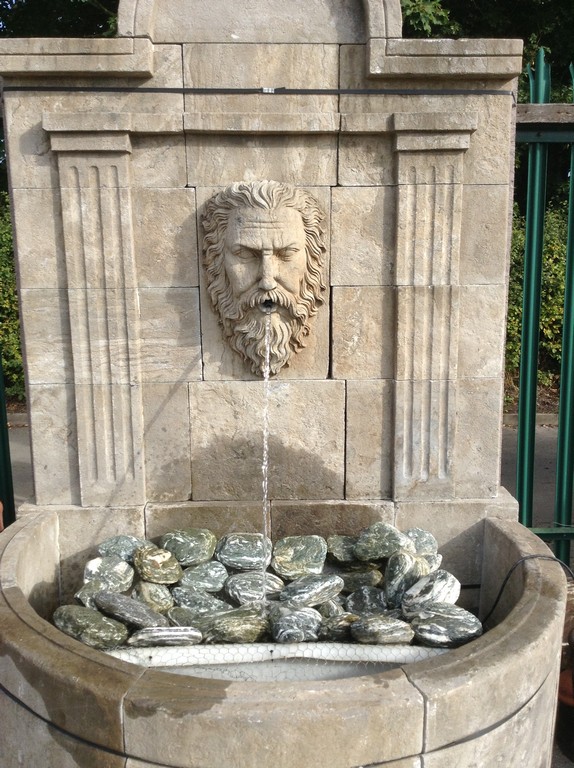 This type of fountain is customised to fit a wall and can be either freestanding or wall-mounted. A freestanding wall fountain is often quite large and has a basin that is placed on the ground. Whereas, a mounted wall fountain is built into an existing or new wall. Both types require a spout, basin, internal piping or tubing and a pump. 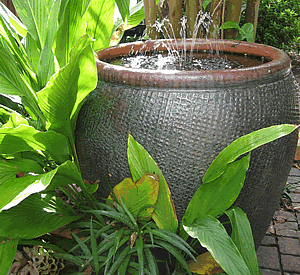 This type of fountain is simple and easy to install and maintain. The materials used to make this type of fountain can include cast stone, ceramic, metal, fibreglass, and so on. They contain all the necessary parts that are required to function, including the plumbing and the pump. They can also be self-contained in terms of having their own water reservoir, avoiding needing to be placed close to a water source. The only external component they may require is a power source which can be provided via a solar panel, batteries, electrical outlet, and so on.

Before installing, it is important that the ground where it is to be placed is level and compact.

Retrieved from "https://www.designingbuildings.co.uk/wiki/Types_of_garden_fountain"
Create an article