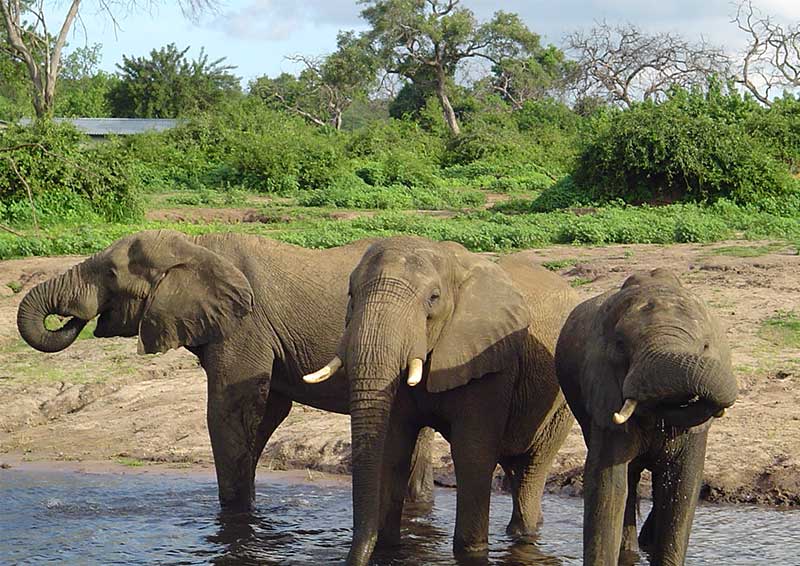 Political boundaries can prevent the optimal management of international rivers within catchments, but trading systems for water resources could overcome this problem.

International rivers sometimes act as political borders because they form a convenient natural barrier, reducing illegal immigration and the transport of illicit goods. They also enable sharing of resources, provided mutual agreement can be reached.

[edit] Why international rivers can be difficult to manage

Although many international rivers have development potential, political and financial issues hamper many projects and pose challenges to engineers.

First, in developing countries it is often poorer people who live alongside rivers. They are powerless to move, and become subject to feuds, drought, flood and pollution. This makes river management very difficult in any case, even if the river does not straddle political boundaries.

Third, there are many factors that prevent the development potential of international rivers from being realised. In particular, illegal crossing of borders for social, economic or refuge reasons is common, ineffective legal infrastructure prevents the adoption of laws or international treatises, and war and economic uncertainty make development difficult.

Ostrom (2009) has shown how resource conflict problems within states can be solved by the creation of localised practical management activities as the foundation for developing mutual governance. This approach is not possible for international rivers in many instances because the river keeps the different parties separate politically.

Consequently, although many different processes and structures for international river management have been proposed, these tend to be of limited effectiveness.

The lack of effective legal infrastructure in many developing countries means that new approaches that are not solely reliant on legal processes are needed. A number of protocols have been suggested. The Helsinki rules (1966) and the Berlin rules (2004) attempt to provide resilient rules for sharing waters. These rules are difficult to enforce across political borders and to satisfy the majority.

The Dublin principles (1992) could provide the basis for a new approach based on trade, since they recognise fresh water as an essential but limited resource for life, with 'economic value in all its competing uses'. The Dublin principles also emphasise the need for properly participatory water resource development and management, and the way in which women are central to the provision, management and safeguarding of water resources.

This paves the way for different basin states to trade water rights with each other within the context of a whole international catchment area. This approach fits with the application of trade to other domains of resource and pollution conflict, such as the Kyoto Treaty.

[edit] How water trade is being developed

Already in southern Africa, payments are made by South Africa to Lesotho for water from the highlands.

Waters of the Zambezi are shared for power generation in Zambia, Zimbabwe, Malawi and Mozambique. The Okovango river development in Angola is controlled to preserve wetlands in Botswana. Dams in Botswana and South Africa on the Limpopo river alleviate flooding in Mozambique. Much of the water trading is facilitated by the Southern Africa Development Community (SADC).

[edit] A new role for engineers of international rivers

In order for water resources to be traded, engineers will be needed for a great deal of work to identify the values and costs of each component part of an international river system.

Engineers may have a more pragmatic and logical approach than lawyers and legislators. Since engineers already implement dams, power generation, irrigation and urban water supplies from international rivers, they are ideally placed to take a more active role in managing river resources.

The accuracy, economic balances and comprehensiveness of this work will be key to ensuring that any trading of water rights reduces conflict rather than increases it.

It is really encouraging to see the development of trade in water resources as a potential solution to international river management issues.

However, a trading approach may also be relevant closer to home in the UK, with some water companies being potentially interested in water transfers as a way of addressing their water management issues.

As a result, engineers working on both national and international rivers may have much to learn from each other about how different water trading systems work.

This article was originally published here on 16 May 2017 by ICE. It was written by David Stephenson.

Retrieved from "https://www.designingbuildings.co.uk/wiki/Trading_systems_for_water_resources"
Create an article