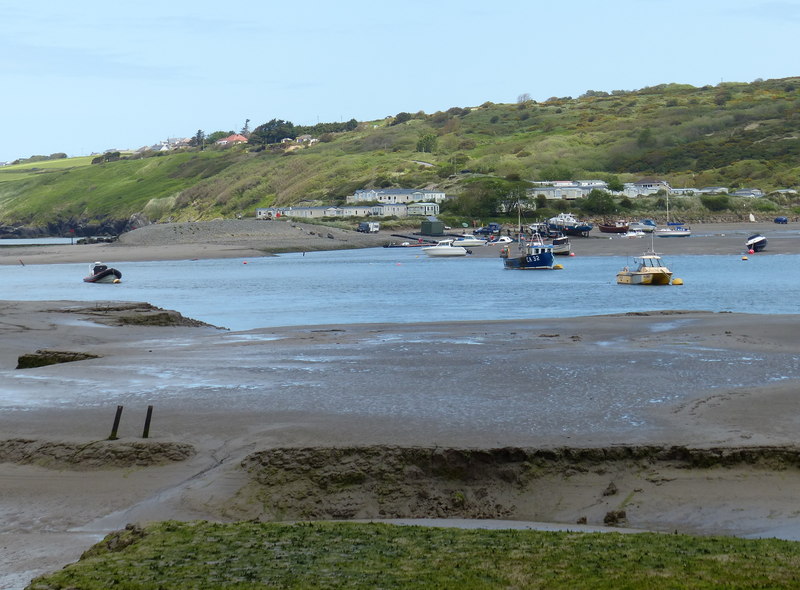 Pictured above is the estuary of the River Teifi (Afon Teifi).

There are many different variations of an estuary, but in most basic terms it is defined as the tidal mouth of a river where the tide and stream meet. It is semi-enclosed and is connected to the sea, so estuaries generally contain seawater (or coastal brackish water) mixed with freshwater that has drained from the land. However, some estuaries - particularly those along freshwater lakes before connecting to the sea and so may not mix with seawater.

Estuaries often have an identifiable ecosystems and act as natural filters for runoff to support plant, bird, fish and other animal communities by providing food, breeding grounds and places to rest during migration. They can be susceptible to degradation based on conditions such as erosion, overdevelopment and pollution.

The four most common types of estuaries classified by their geology are:

Estuaries can also be classified by their water circulation patterns. The most common types are salt wedge, partially mixed, well-mixed, inverse and intermittent.

Retrieved from "https://www.designingbuildings.co.uk/wiki/Estuary"
Create an article