Approved document F, Ventilation, defines airtightness as ‘…a general descriptive term for the resistance of the building envelope to infiltration with ventilators closed. The greater the airtightness at a given pressure difference across the envelope, the lower the infiltration.’

The Air Tightness Testing and Measurement Association (ATTMA) defines ‘air leakage’ as the '...uncontrolled flow of air through gaps and cracks in the fabric of a building. It is sometimes known as infiltration or draughts. Air leakage is not to be confused with ventilation, which is controlled airflow in and out of a building'.

Approved Document E suggests that infiltration '...is the uncontrolled exchange of air between inside a building and outside through cracks, porosity and other unintentional openings in a building, caused by pressure difference effects of the wind and/or stack effect.'

While air infiltration is not desirable, it is important for buildings to have sufficient purpose-provided ventilation. According to the Building Services Research and Information Association (BSRIA), 'Project teams should design and construct the building fabric to be reasonably airtight, and also provide natural or mechanical ventilation systems that maintain good indoor air quality while minimising energy use. In other words: build tight, ventilate right.' Ref BSRIA Topic Guide - Airtightness.

The benefits of air-tight buildings include:

As well as building tighter, the rate of air infiltration is constantly changing depending on:

A significant amount of air leakage resulting in heat loss occurs in all buildings but much less in air-tight buildings. According to the Federation of European Heating, Ventilation and Air Conditioning Associations (REHVA), the energy impact is “in the order of 10 kWh per m2 of floor area per year for the heating needs in a moderately cold region”. REHVA also suggests there are a growing number of studies indicating that there is considerable impact on buildings in mild and hot climates.

Air permeability testing is necessary as a means of demonstrating that airtightness targets used in energy calculations as Part L of building regulations compliance have been achieved in reality. In England and Wales, airtightness testing has been mandatory for virtually all new buildings since 2006.

The Building Regulations require that 50% of each home type in a development must undergo air tightness testing. The definition of home types was expanded in the 2010 revision, and includes differences in position – terrace versus end terrace, or top floor versus ground-floor flats. In addition, the rules require that half of the plots that are tested must be within the first 25% of completed properties.

The four main parties with obligations under Part L of the Building Regulations are:

Contractors will often undertake two air permeability tests: a pre test and then the final test.

Research shows that the vast majority of pre-tests fail to achieve an air permeability of 10m3/Hr/m2 of the building envelope. Therefore, contractors should not be concerned whether the building passes or fails but what lessons can be learned and what problems can be identified from the test. If the objective is to achieve a 'pass' at this stage then the contractor may end up creating a false environment, by temporarily sealing openings and unfinished work, which could prove costly.

However, if contractors test too late, they may incur additional costs associated with removing ceilings, floors and so on to correct poor workmanship or detailing.

A balance has to be achieved in which it is possible to learn from an initial test by identifying potential problem areas and confirming the air tightness of completed sections of work by undertaking smoke tests during the pre-test procedure.

Initial tests could be undertaken once the building is weather tight to check the air infiltration through the fabric and the final test post-finishes. It may depend on how confident the contractor is with the building's design and on-site workmanship.

The cost of the test itself may be quantifiable, but the costs of higher standards of specification can be significant and the consequences of a failed test are impossible to predict.

The client may see an increase in tender prices due to enhanced requirements, such as enhanced specification produced by designers, additional measures such as air barriers. They may consider whether conforming to Part L is adequate, and whether to amend contracts, warranties and employers' requirements. They may also consider specifying the number and timing of tests and whether to ask the contractor for an air-tightness strategy.

The contractor will consider who is responsible for conforming with requirements, how to price them, and whether they can pass on any exposure / risk to others. For example, should they amend sub-contracts to include specific reference to Part L or will this reduce the number of sub-contractors who will return tenders.

Conforming to Part L need not be a difficult issue if the parties approach the issue with an open mind and implement a strategy early-on in the design development process. As the industry makes advances in technology and legislation, both clients and contractors need to make equal advances in the way they approach and manage contracts.

Throughout the duration of a project, it is the responsibility of the contractor to supervise and monitor all aspects of the work being undertaken:

The overall aim is to significantly improve the quality of workmanship on site. Materials and products in isolation very rarely fail; similarly, drawings and specifications rarely fail. Generally, problems arise due to poor workmanship and this ultimately is the responsibility of the contractor. 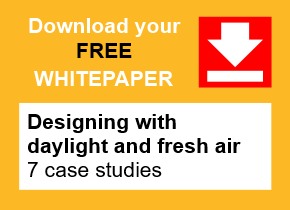 This article was written by Scott Waite --Arcterra. Additional material has been added by BSRIA from its BSRIA Topic Guide - Airtightness.

Retrieved from "https://www.designingbuildings.co.uk/wiki/Air_tightness_in_buildings"
Create an article