The NPPF followed a commitment made in the 2010 Coalition Agreement to 'publish and present to Parliament a simple and consolidated national planning framework covering all forms of development and setting out national economic, environmental and social priorities'. The then-Minister for Planning and Decentralisation, Greg Clark MP, suggested it introduced a simpler and more accessible approach to planning policy.

In 2012, the coalition government commissioned the Taylor Report, a further review of the remaining planning policy guidance. A complete set of the legislation, policy and guidance that underpins planning in England can be found on the government's National Planning Practice Guidance website.

The NPPF can be seen at: https://www.gov.uk/government/publications/national-planning-policy-framework--2

The NPPF dismantled the regional planning apparatus and introduces neighbourhood planning in order to create ‘ … a framework within which local people and their accountable councils can produce their own distinctive local and neighbourhood plans, which reflect the needs and priorities of their communities.’

The framework then set out detailed guidance under 13 subheadings that contribute to delivering sustainable development:

Local plans should be prepared by each local authority for its area. They should contribute to the achievement of sustainable development and set out over a 15-year time horizon ‘…the opportunities for development and clear policies on what will or will not be permitted and where…’

The framework proposes proactive engagement and collaboration with neighbourhoods, local organisations and businesses as well as co-operation with neighbouring authorities, public, voluntary and private sector organisations. It also proposes improving the efficiency of the application process through pre-application engagement by the applicant with the local authority, other consenting bodies and the local community. This should include discussing what information should be submitted as part of the application.

This puts an emphasis on the local plan being up to date. The framework states that If a plan is absent, silent or out of date, permission should be granted, unless there are significant and demonstrable reasons not to grant permission.

Local authorities were given a 12-month transition period to ensure that existing plans conform with the framework. However, when the transition period came to an end in March 2013, just half of local authorities had adopted local plans in place and the Planning Inspectorate revealed that only 7% of those local plans complied with the requirements of the NPPF (ref. Planning Resource).

A number of significant concerns were raised about the framework and its implementation:

In April 2014, the all-party Commons Communities and Local Government Committee launched an inquiry into the operation of the NPPF. The inquiry found weaknesses in the NPPF and proposed a number of changes that could be made to strengthen it. See NPPF inquiry for more information.

In March 2015, a survey of residential developers and housing associations by accountancy and business advisory firm BDO found that 52% per cent felt the NPPF had made no difference, 19% per cent said it had inhibited the process and only 29% believed it had been helpful.

On 7 December 2015, the Department for Communities and Local Government launched a consultation seeking views on changes to the NPPF to support the delivery of new homes, including low cost homes for first time buyers. See Consultation on proposed changes to national planning policy for more information.

In April 2016, the Communities & Local Government (CLG) Committee published 'Department for Communities and Local Government’s consultation on national planning policy' in which they called for a comprehensive review of the NPPF before the end of the Parliament, pointing out that there had been, '...no robust, objective or evidence-based monitoring, evaluation or review' since it was first published in 2012.

On 30 January 2018, in a letter to local authorities, the Chief Planning Officer confirmed that the NPPF was being revised to implement the planning reform package set out in the housing White Paper, the Planning for the right homes in the right places consultation and the announcements made in the 2017 Autumn Budget. 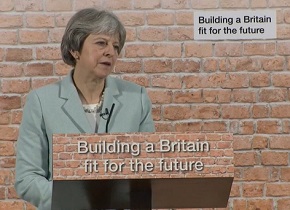 On 5 March 2018, Prime Minister Theresa May launched the overhaul of the NPPF, aiming to maximise the use of land, strengthen Green Belt protections and place a greater emphasis on converting planning permissions into built homes.

Mrs May said the cost of housing, both for ownership and rent, was reinforcing economic divisions and leading to growing social immobility, with public sector workers unable to take jobs in certain parts of the country.

She said; "The result is a vicious circle from which most people can only escape with help from the bank of mum and dad. Talking to voters during last year's election campaign, it was clear that many people, particularly younger people, are angry about this ... They're right to be angry."

Pending a consultation, May said the existing NPPF will be overhauled with up to 80 proposals first put forward in 2017 being implemented. The key measures include:

But May's accusation of obstruction on the part of some councils led to a strong response from the chair of the Local Government Association Gary Porter, who said:

“The truth is that councils are currently approving nine in 10 planning applications, which shows that the planning system is working well and is not a barrier to building. Nearly three-quarters (73%) of planning refusals are upheld on appeal, vindicating councils’ original decisions. It is completely wrong, therefore, to suggest the country’s failure to build the housing it desperately needs is down to councils.”

Furthermore, Porter said that the government's proposal to appoint independent inspectors where councils were considered to be blocking housing development was "unhelpful and misguided." He also called for councils to be able to borrow to build their own houses, a proposal in line with Labour's housing policy, and one that has been rejected by government.

In response to May's speech, shadow Housing Minister John Healey said; "This housing crisis is made in Downing Street. It's time the Tories changed course, and backed Labour's long-term plan to build the genuinely affordable homes."

In July 2018, following the public consultation, the government published a revised NPPF. The new framework focusses on the following key areas:

The revised framework will enable councils to refuse planning permission for any development that does not prioritise design quality or adequately complement its surroundings. It will also encourage councils to adopt new visual tools to promote better design and quality.

Councils will be able to use the new 'rulebook' to calculate the housing need for their community, and deliver more housing when it is most needed. From November 2018, a Housing Delivery Test will be available, helping to drive up the number of homes delivered in an area.

In terms of the environment, the framework was updated to further protect biodiversity by more closely aligning the planning system with Defra's 25-year Environment Plan. Not only does this plan protect habitats, it also emphasises air quality protection in relation to development proposals.

Secretary of State for Communities, Rt Hon James Brokenshire MP said; "Fundamental to building the homes our country needs is ensuring that our planning system is fit for the future. This revised planning framework sets out our vision of a planning system that delivers the homes we need. I am clear that quantity must never compromise the quality of what is built, and this is reflected in the new rules."

However, the revised NPPF received some criticism, with the NFB chief executive Richard Beresford suggesting that; "The government has missed a golden opportunity to put this country on the road to addressing its housing crisis and solving the broken housing market.”

John Acres, RTPI President, said; “...we must recognise the significant pressure the new NPPF requirements will put on local authority planning teams. It is imperative that chief executives, council leaders and politicians resource planning departments sufficiently, particularly as they will now be held more accountable for delivery under the housing delivery test and are expected to carry out more regular reviews of their plans."

You can see the revised NPPF at: https://www.gov.uk/government/publications/national-planning-policy-framework--2

In October 2018, the government began a technical consultation on proposed reforms to the NPPF. The proposed changes would update guidance on housing need assessment and clarify policy on; housing land supply, the definition of 'deliverable' and appropriate assessment. Ref https://www.gov.uk/government/consultations/changes-to-planning-policy-and-guidance-including-the-standard-method-for-assessing-local-housing-need

The revised NPPF was updated on 19 February 2019 and included very minor changes to the text. Ref https://www.gov.uk/government/collections/revised-national-planning-policy-framework

On 24 June 2021, the government published plans to update measures to ensure fire safety matters are incorporated at the planning stage for schemes involving a relevant high-rise residential building. The requirements apply to applications for planning permission made on or after 1 August 2021 as a result of the Town and Country Planning (Development Management Procedure and Section 62A Applications) (England) (Amendment) Order 2021 (”the 2021 Order”). Ref https://www.gov.uk/guidance/fire-safety-and-high-rise-residential-buildings-from-1-august-2021

On 20 July 2021, updates were published to place greater emphasis on beauty, place-making, the environment and sustainable development and to underline the importance of local design codes. Ref https://www.gov.uk/government/news/vision-for-building-beautiful-places-set-out-at-landmark-design-event