Sydney Opera House, located in the bay of Sydney Harbour, is a performing arts centre which since it opened in 1973 has come to be seen as a masterpiece of modern architecture and a symbol of Australia.

It was designed by Danish architect Jørn Utzon, following an international architectural competition in 1957. His entry was said to have been excluded by the technical judging panel, but later reinstated on the recommendation of one of the judge, architect Eero Saarinen who would not endorse any other design.

Despite early controversy, the long-term success and appreciation of the building has led to it inspiring many architectural designs that incorporate complex geometries through the use of computer-aided design techniques.

In 2007, it was inscribed in the World Heritage List by UNESCO who said ‘...it represents multiple strands of creativity, both in architectural form and structural design… it is one of the indisputable masterpieces of human creativity, not only in the 20th century but in the history of humankind.’ 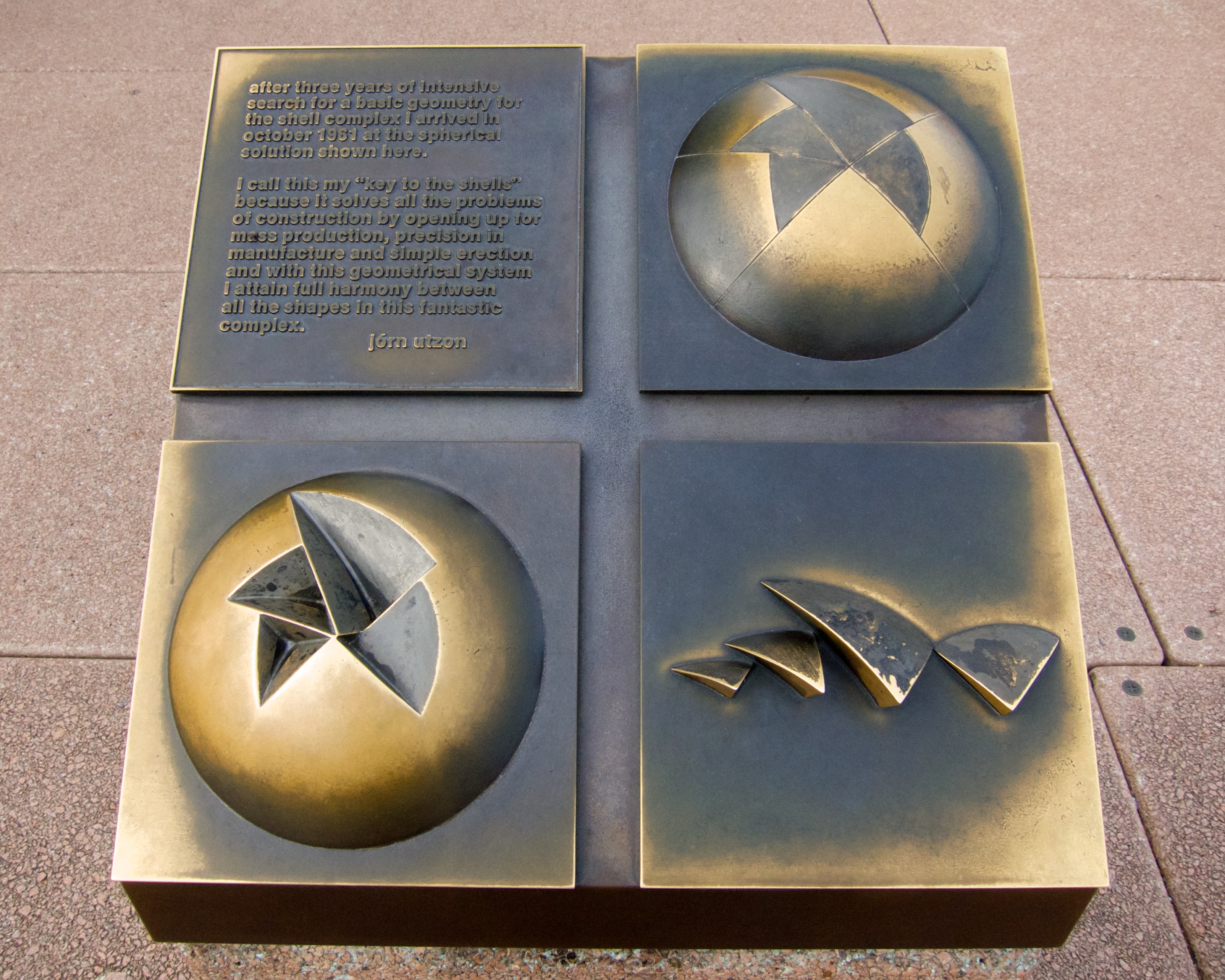 Work on the Sydney Opera House started in 1959. It was built on Bennelong Point adjacent to Jon Bradfiled's Sydney Harbour Bridge where it would be visible from all sides. In 1966 during an interview for Danish television, Utzon said "...it was an ideal project for an architect... first because there was a beautiful site with a good view, and second there was no detailed programme".

At the centre of Utzon’s distinctive design was a set of interlocking vaulted shells that became one of the most challenging engineering projects ever attempted. Each of the shells is made of pre-cast concrete rib segments rising to a ridge beam, held together by 350 km of tensioned steel cable. Geometrically, each half of each shell is a segment of a sphere; however, the 'sails' were originally designed as parabolas, for which an engineering solution could not be found.

Although described as reinforced-concrete shells, they are in fact a series of concrete ribs that support a total of 2,194 precast-concrete roof panels which are in turn clad with over 1 million tiles. The tile surface is highly detailed and uses two types of tile - one glossy white, one matte cream - with clearly expressed joints.

The design of the shells involved one of the earliest uses of computer analysis to understand the complex forces they would be subject to, and it took some years to find the solution - that all the shells would be created as sections from a sphere, supported on arched ribs. This solution avoided the need for expensive formwork construction by allowing the use of precast units which could be tiled at ground level. Large parts of the site were used throughout construction as 'factories' for these precast components. 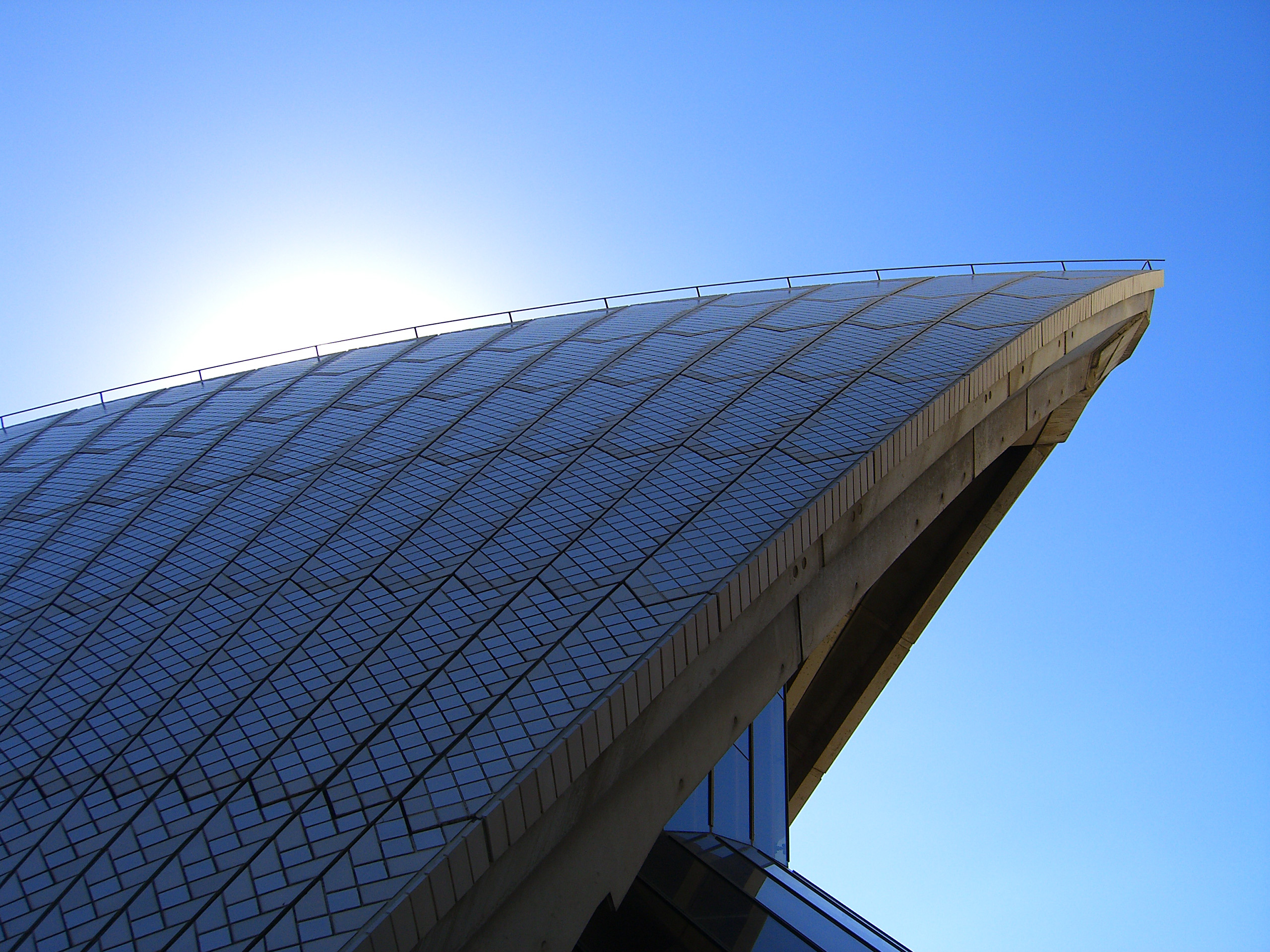 The opera house is supported on 580 concrete piers sunk up to 25 metres below sea level. The two main halls are positioned side by side, with glass curtain walls revealing the foyer spaces. The Monumental Steps, nearly 100 m wide, lead up to the two halls.

The design and construction process was high profile and not without controversy. The government, eager for work to begin for fear that public opinion might turn against the project, pushed for the construction to start before many structural issues had been fully resolved. This forced Utzon to adopt a radical approach to the building construction, integrating it with the design process in a collaborative and innovative way.

One central problem was that the concrete podium columns were not strong enough to support the structure according to the final designs, and so had to be rebuilt. The roof shells went through several iterations before an acceptably economical solution was found. The 'sails' were built using cranes that had to be specially made and shipped from France.

The original air-conditioning solution best illustrates the commitment to aesthetic integrity and sustainability. By utilising Sydney Harbour’s plentiful water as the heat exchange medium, it enabled the iconic silhouette to remain uncluttered - a groundbreaking initiative on a world scale and the largest sea water heat pump system of its kind at the time. Further initiatives such as chilled beams also provided the original foundations to build on in terms of low energy approaches. 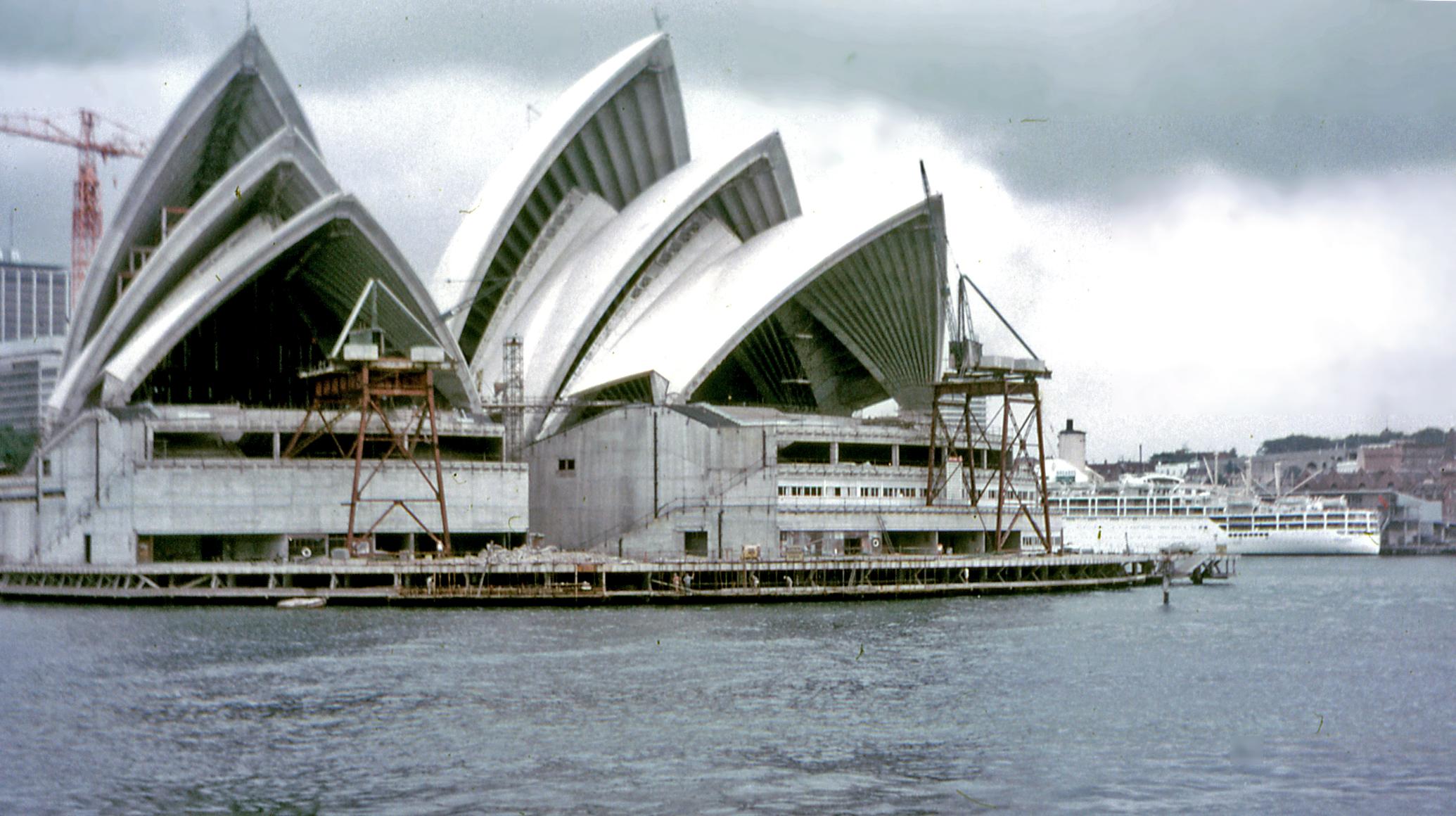 Spiraling costs led to much criticism and a newly-elected government began to put pressure on Utzon in terms of his designs and cost schedules. With the dispute unresolved, Utzon was forced to resign amidst protests and controversy in 1966. He was replaced by Peter Hall who oversaw the interior design and practical completion.

On 20th October 1973 the Sydney Opera House (completed by Hall, Todd and Littlemore) was officially inaugurated by Queen Elizabeth II. Further new works were undertaken during the 1980s that established the Opera House as one of the world’s leading performing arts centres.

Utzon never returned to visit the opera house, but in 1999 he was re-engaged to work on the building's interiors, assisted by his son (Jan) and partners, who oversaw the work. The subsequent renovation of the reception hall led to its being renamed the Utzon Room. He also oversaw the first alteration to the building’s exterior, nine new large glass openings along the western side. Jørn Utzon died November 2008, in his home city of Copenhagen, aged 90.

Today, the Opera House is an iconic venue for tourists visiting Australia, situated as it is in the picturesque Sydney Harbour. It hosts 3,000 events event year, with an annual audience of 2 million, along with 200,000 people who take a guided tour of the building. 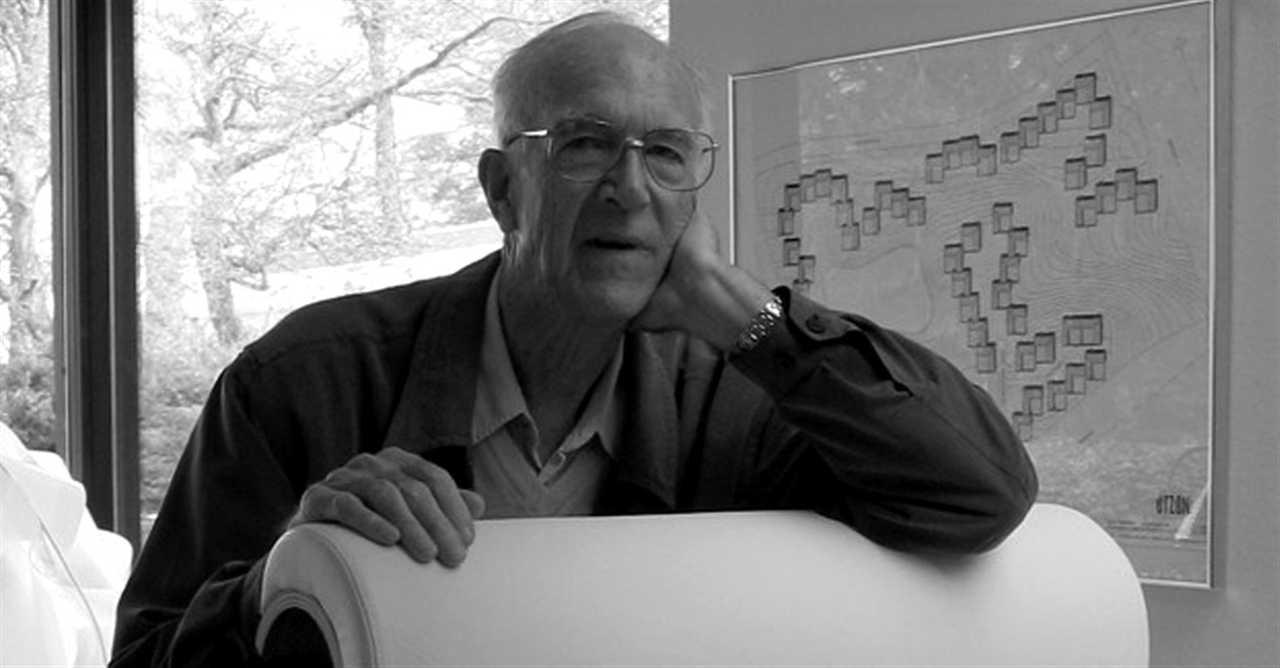 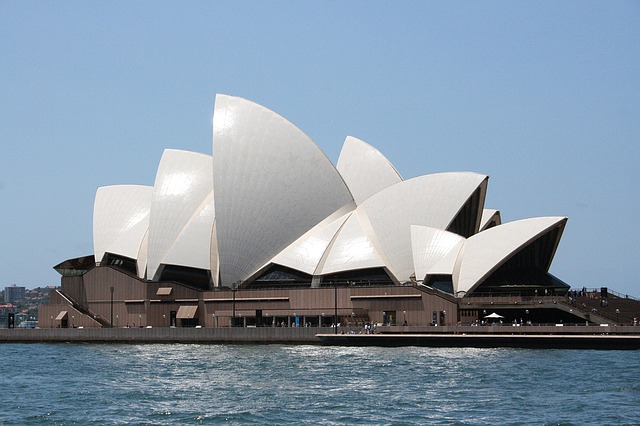 On 24 September 2018, the roof of the Opera House was lit in green to celebrate becoming carbon neutral five years ahead of schedule, reducing its carbon dioxide emissions through efficiencies in waste and energy management. Certification was awarded by the Australian government's National Carbon Offset Standard (NCOS).

Some of the measures introduced to achieve carbon neutrality included:

The next milestone for the Opera House is to try to reduce energy use by 20% and achieve 85% recycling on operational waste.

Retrieved from "https://www.designingbuildings.co.uk/wiki/Sydney_Opera_House"
Create an article