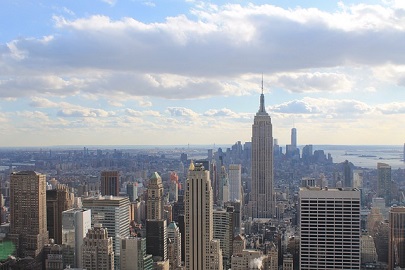 The term ‘skyscraper’ refers to tall, continuously habitable buildings of 40 floors or more. Throughout the history of the built environment, skyscrapers have been developed as prestigious structures demonstrating the power and wealth of a city or nation and producing a sense of wonder.

Although the term ‘skyscraper’ was only coined in the late-19th century – to describe buildings of steel-framed construction of at least 10 storeys – the desire for tall and impressive buildings extends back to the Pyramids of Giza in Egypt and the cathedrals built across Europe. The tall structures built throughout the Middle Ages were intended to fulfill the religious function of acquiring a better connection with the gods, or the military function of enabling a good vantage point.

The development of more modern construction techniques began with the arrival of the Industrial Revolution. Two specific innovations in the 19th century made skyscrapers much more practical:

As buildings became ever taller, the techniques and methods of construction changed. Steel beam grids and columns were utilised. Concrete steel and glass were used for their strength, durability, and resistance to the weather. To try and alleviate the risk of wind sway, engineers began installing diagonally-braced steel trusses to ensure a stronger core.

Throughout the 1960s, the structural engineer Fazlur Khan developed a new method of skyscraper construction. He moved most beams and columns to the outside walls, and in so doing creating a stiff tube that offered greater structural stability. 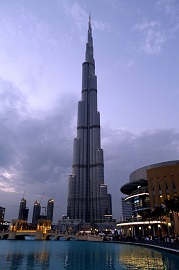 For more information see: Tallest buildings in the world.

There are a ton of spelling errors.

Do you mean ton or tonne?

There are differences between the UK English and American English versions of some of the words used, but there are no spelling errors.