Cohousing is a method of living that has become established in several countries around the world. Created and run by residents, cohousing developments are communities where people not only know their neighbours but actively manage their neighbourhood alongside them.

Small enough that everyone can be familiar with each other, but large enough not to force them to be, cohousing communities are built around a shared desire for a sense of belonging, neighbourliness and mutual support that many people feel is missing from modern life and contemporary housing developments.

In cohousing communities, just as in conventional neighbourhoods, residents own or rent their own private homes. But everyone also benefits from extra shared facilities and spaces that allow members to do things together. Shared outdoor spaces provide opportunities to grow food, play and be close to nature, and a shared Common House provides additional indoor space for residents to meet, eat and socialise together. Car parking tends to be kept to a minimum and located at the periphery, allowing the central spaces close to homes to be used for other things. 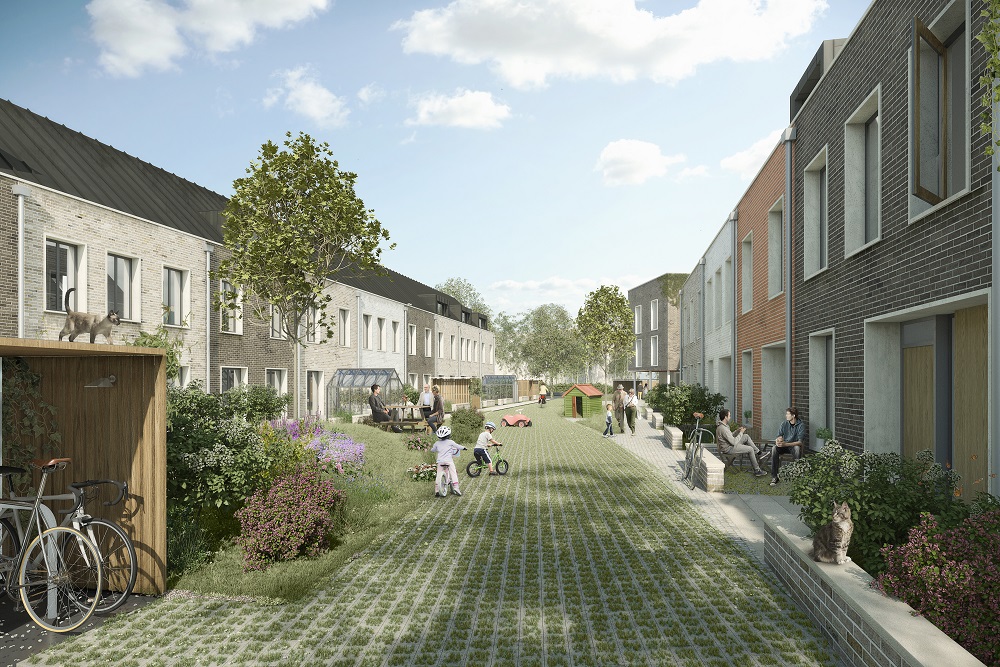 Living in a cohousing community brings a few extra responsibilities – residents are encouraged to be actively involved in running the place – but many more benefits. This way of living is part of mainstream housing development in many European countries and has a growing presence in the US. In the UK there are several completed purpose-built cohousing schemes – and many more in the planning or delivery stages.

The UK Cohousing Network is the principal resource for cohousing groups in the UK and its website lists dozens of active cohousing groups across the country. While many are open to all and actively seek a generational mix, some may be exclusively for older people. Some are new build; others conversions of existing property. All cohousing projects tend to have a strong focus on engendering more sustainable ways of living.

Marmalade Lane - formerly known as K1 - is one of a growing number of cohousing schemes being realised in the UK.

Marmalade Lane is a cohousing project that is being delivered in Orchard Park, Cambridge. The site was owned by Cambridge City Council, who following the 2007-8 financial crisis took the decision to use its landholding to bring forward an alternative form of community-led housing development.

In 2015, Cambridge City Council and CCL ran a competitive tendering process to select an enabling developer for the project. It selected a partnership between UK developer TOWN, and Swedish housing manufacturer Trivselhus.

Detailed planning permission was obtained in 2016, the result of many months collaboration between the developer, Mole Architects and the CCL group. The developer and its design team worked closely with future residents on every aspect of the scheme, including the masterplan, design of the dwellings, energy strategy and landscape plan.

The local planning authority, South Cambridgeshire District Council, is one of 11 custom build vanguard authorities selected by the government to pioneer custom build and self build housing. 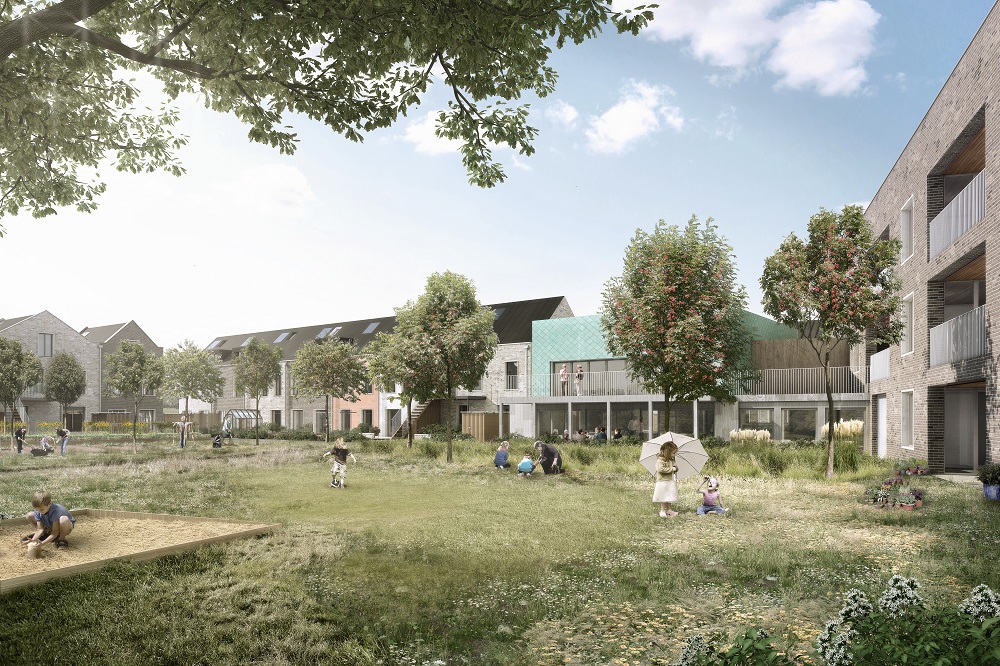 Marmalade Lane comprises a series of terraces together with a purpose-build apartment block, laid out around a large central shared garden. The centrally-located Common House will provide a large dining area, catering kitchen, laundry and a range of ancillary spaces and facilities for the group to use.

Homes range from 47 sq. m one-bedroom flats to 128 sq. m five-bedroom houses. TOWN’s custom build system has allowed residents to select their basic house type and configure the interior from a menu of floor plan options, allowing a high degree of customisation and a wide variety of dwelling sizes from a single system. Residents also have the opportunity to choose their external brickwork from a pre-selected palette of bricks.

With construction having commenced in June 2017, Marmalade Lane residents expect to move in mid-2018.

Not your standard information but an essential read for anyone considering joining or already a member.

This looks behind the usual claims about cohousing, based on detailed research and years of personal experience.

Questions you should ask, and analysis of patterns across many communities. Regular updates. Check it out.

“A rich resource .. to help individuals considering joining a co-housing community or already a member…full of great wisdom and experiences.”