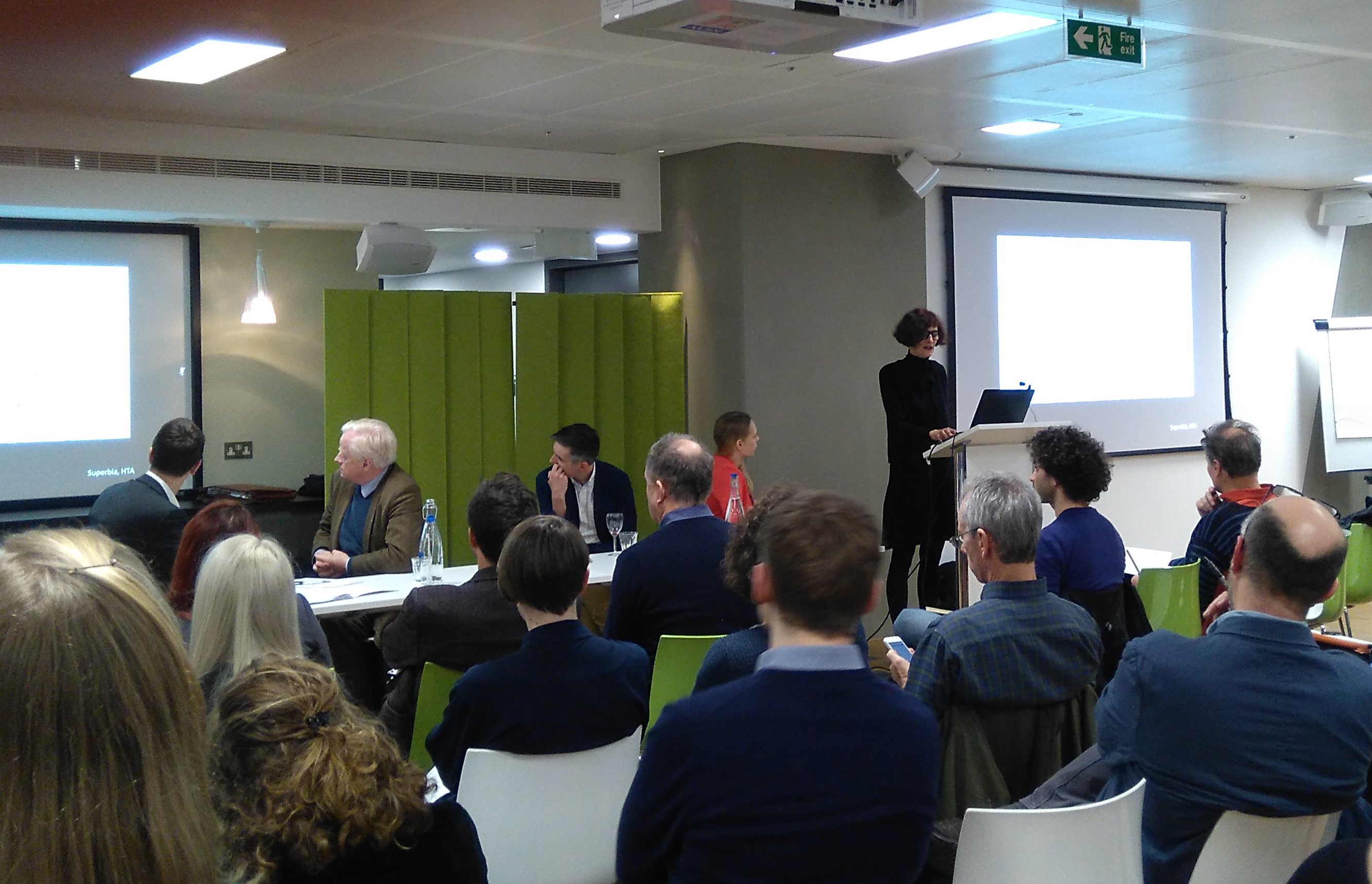 On 3rd February 2016, the 71st Edge Debate was held at the offices of Ramboll UK in Southwark with the aim of examining different approaches to solving the housing crisis.

The Edge is a campaigning built-environment think tank. Its 71’st debate, ‘Can decentralisation solve the housing crisis?’ hinged on the continuing focus of the UK’s political, economic and cultural activity on London, and the amazing employment opportunities that this creates, but contrasted this with the unassailable fact that there is a housing crisis which is driving young adults out of the capital.

The debate set out to consider whether this is a desirable or sustainable situation, or whether more effort should be made to either ‘densify’ London, or to increase activity in other parts of the UK.

Luke Raikes, from think tank the Institute for Public Policy Research (IPPR), spoke about their 2014 report ‘Decentralisation Decade’ and the need for cross-party support to try to tackle the North-South divide by pushing power out and away from Whitehall. Raikes asserted that not only is it impossible for northern cities to emulate London, now a truly global city, its high unemployment and poverty actually makes it an unattractive model.

According to the IPPR, George Osborne’s Northern Powerhouse initiative, whilst being a positive start, requires a more sophisticated approach, building on existing assets, with more investment in research and development and the creation of high-quality jobs and education.

The architect and researcher James Dunnett spoke about his proposal to move Parliament and central government out of London completely. His report ‘A New Centre of Growth for the UK’, explores relocating the machinery of government to another city, or to a new city, dramatically altering the economic geography of the country. He cited the fact that the population of London is far higher, proportionally, than the largest cities of countries such as Italy or the US - 13% as opposed to 4.3% (Rome) and 2.6% (New York City).

With tongue firmly in cheek, he proposed West Bromwich as the place most suited in terms of available space and locality, and in most need of rejuvenation, for a new capital to be ‘superimposed’, inspired by Le Corbusier’s plans for Paris.

John Sampson, an urban designer and project manager at URBED (Urbanism, Environment and Design), a specialist in urban design and sustainability, spoke about the need to support growth in other regional cities across the UK. He highlighted Sheffield’s current ambitious targets for 14% growth per decade, translating into 5,000 new homes a year and generating 70,000 new jobs. He also discussed the ideas from URBED’s Wolfson Prize-winning entry ‘Uxcester’ that was proposed as a new garden city extension to existing urban centres, in a process termed ‘green field accretion’.

Finally, urban designer and masterplanner Kathryn Firth suggested that since London was likely to remain the centre of economic and cultural activity, local solutions to the capital’s unique challenges are still required. A former Chief of Design at the London Legacy Development Corporation (LLDC), Firth claimed that intensification didn’t necessarily mean building high-rise, and that there were more creative and inventive ways of using space in London more effectively, even just by raising buildings in certain areas to two storeys, utilising the space above shops and supermarkets.

She spoke about the potential for more ‘shared’ ways of living and occupying our cities, and cited custom-build projects, such as Trevenson Park in Cornwall, and co-housing schemes such as Springhill in Stroud, as examples of innovative solutions that could better serve inhabitants in high-density areas without infringing on privacy or quality of life.

Contributions from the audience focused on the effect the housing crisis is having on young people and whether there is the political will, or the money to develop cities outside of the south east.

Retrieved from "https://www.designingbuildings.co.uk/wiki/Edge_Debate_71_-_Can_decentralisation_solve_the_housing_crisis%3F"
Create an article