Ecobuild 2016 - What makes housing fit for the future? 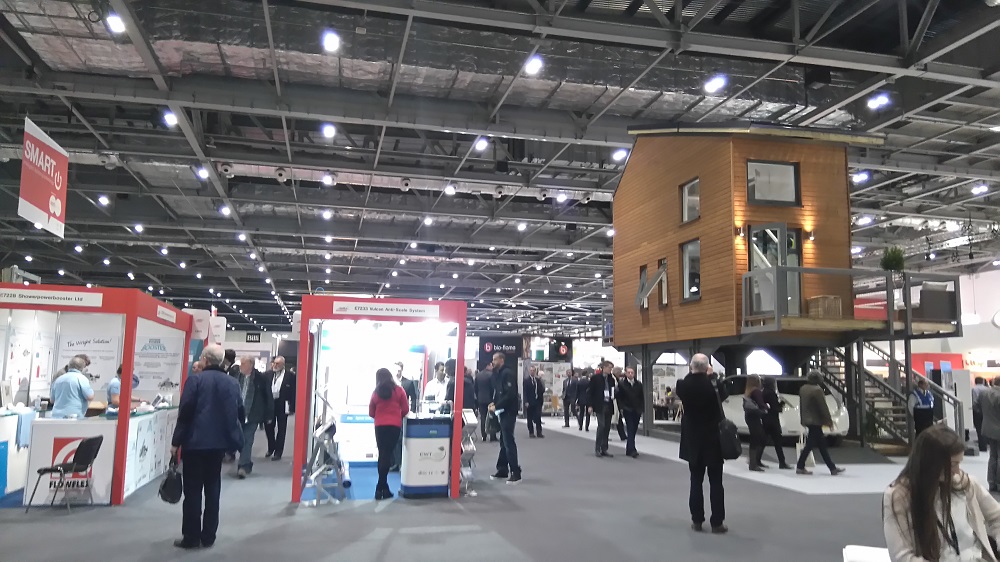 Designing Buildings Wiki went to the Excel Centre for day one of Ecobuild 2016, the UK’s largest construction and energy event.

One of the primary topics of discussion was housing, with the day’s conference chair Cathy Newman (from Channel 4 News) opening by saying that in a time when people are living in garden sheds and the median house price is 12x the average income, the term ‘housing crisis’ is well justified.

On the question of ‘What makes housing fit for the future?’, Meredith Bowles, founder of Mole Architects, said a common feature of all the projects that he had worked on was the desire for better quality space, more natural light, ways to reconfigure space to different uses over time, good infrastructure connections, good storage, and so on. He thought it unlikely that these fundamental wants and desires would change drastically in the near future.

On the issue of what may change, he quoted the statistic that by 2035, one-third of all houses will be owner-occupied by over-65s, and society will need housing and design policies to meet this challenge in terms of both reduced mobility and the need for better connection to surrounding areas..

Geoff Denton, architect and partner of Swedish firm White Arkitekter, offered the Scandinavian point-of-view that living long-term in an apartment is seen as a positive thing in a way that it is not in the UK. He said cultural attitudes needed to shift in this country away from the stereotypical view of council flats that polarises opinions on apartment design.

Jan Chadwick from K1 Housing, argued the case for cohousing, a scheme in which people live in rented accommodation in close proximity to others as part of a sustainable, organised community. She claimed that her and her husband had made the decision to sell their house and enter into cohousing as a means of planning for their retirement and remaining part of an active community in their old age, but refuted the idea that the scheme was merely a means for providing an enclave for the elderly.

Chadwick argued that it was important to change the modern perception of the home as an asset, as Generation Y would struggle to rent affordably and probably never own homes at all, “we have all got to get used to living smaller”.

What Generation Y might be justified in taking against though are members of the ‘baby boomer’ generation who benefited from the property boom of the last 30-plus years now seeking to prescribe and constrain the living expectations of the generations that come after them.

On this train of thought, Bowles raised the notion that a market-led housing policy is “absolutely antithetical to proper housing supply”, and said that Generation Y needed to “get up, start shouting and make change happen”. Revolution was in the air at Ecobuild, for a few seconds at least.

Inevitably audience questions arrived at the EU referendum. Denton lamented that European solutions to housing problems could still be met, and that were wasn’t yet a precedent of urban living which everyone can follow, instead the instinct is to retreat to the flawed ‘village’ model of regeneration such as the Greenwich Village project on which he worked in the early-2000s.

Bowles though claimed that it made no real difference whether the UK remained part of the EU or not. He cited Amsterdam as a city with fantastic community spaces made possible by government intervention with proper infrastructure that developers then followed, as opposed to it being left for planners and developers to lead on projects.

Retrieved from "https://www.designingbuildings.co.uk/wiki/Ecobuild_2016_-_What_makes_housing_fit_for_the_future%3F"
Create an article