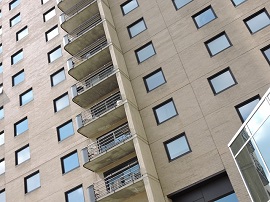 The government’s ‘Right to Rent’ scheme was introduced across England on 1st February 2016. New rules require landlords to carry out quick and simple checks on all new adult tenants to ensure they have the right to rent property.

Originally introduced as part of the Immigration Act 2014, the rules also apply to people subletting their property or taking in lodgers. The landlord is able to appoint an agent to make Right to Rent checks on their behalf, as long as all adult occupants are checked. Existing tenancy agreements are not affected by these new changes.

If landlords fail to carry out appropriate checks and rent a property to someone who is not allowed to stay in the UK, they could face a civil penalty of up to £3,000 per tenant.

There are four steps that a landlord must take for the check to be effective:

Tenants who have a temporary right to stay in the UK must be checked again at a later date. Landlords must report to the Home Office if follow-up checks reveal that an occupier no longer has the right to rent.

There are a large variety of documents that can serve as appropriate evidence. The main examples are as follows:

Despite landlords being given this responsibility for checking, they are not expected to be immigration experts or have specialist knowledge of documents or VISAs. Landlords will only be held liable for civil penalties if the document they have been shown could have been reasonably seen to be false.

There are some exemptions that must be considered, including:

Immigration Minister James Brokenshire said: The scheme builds on the Right to Work checks that employers have been making for some time, and we know that many landlords already carry out simple identity checks as a matter of good practice.

“Over the past year, we have taken time to engage with the people who will be affected by the scheme, and carried out a thorough evaluation. The system we have designed is light-touch, and allows those with a legitimate right to be in the country to quickly and easily demonstrate their right to rent.

“We are building on the work started in the 2014 Immigration Act through the new Immigration Bill, which contains additional powers to target unscrupulous landlords by introducing new criminal offences targeted at those who repeatedly fail to carry out Right to Rent checks.”

Retrieved from "https://www.designingbuildings.co.uk/wiki/Right_to_rent"
Create an article