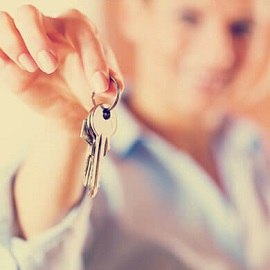 A short let is a property which can be let from just a few days up to six months. Pioneers of the ‘sharing economy’, Airbnb, have been responsible for a sharp rise in popularity of short term lettings. However, a recent UK legal case could have negative implications that stem this rise.

The facts of the case were that the Tenant owned a long lease of a flat. The lease contained a covenant not to use the flat for any purpose whatsoever other than as a private residence.

The Tenant advertised short-term lettings on the internet and had let the property on about seven occasions in the previous twelve months on short term lettings on this basis. The Landlord sought a declaration that this was a breach of the user covenant in the lease (as a potential prelude to obtaining possession via forfeiture of the lease) pursuant to section 168(4) of the Commonhold and Leasehold Reform Act 2002.

The Tenant claimed that the flat was her main residence on the basis that she stayed in the flat 3 or 4 nights a week and she paid all of the utility bills and council tax in respect of the flat. The flat was empty for the remainder of the week when the tenant was not there.

The First-Tier Tribunal found in the Landlord’s favour, relying on the judgments in Caradon District Council v Paton (2000); Tendler v Sproule (1947); and Falgor Commercial SA v Alsabahia Inc (1986); use as a short term let would not count as using the property as a private residence and so it would constitute a breach of this user covenant.

The test is the duration of the relevant occupation; it has to have a degree of permanence, so the occupier needs to reside in the property for more than a weekend or a few nights a week. In other words, the occupation cannot be transient.

Other points to note from this case are that it is not material that the owner occupies the flat (although the wording of some lease user restrictions can require this) and it is possible to have more than one residence.

The decision was upheld when the Tenant appealed to the Upper Tribunal.

This issue is particularly important as the need for flat owners to obtain planning authorisation before granting short lets in London fell away last year; the Deregulation Act 2015 relaxed the restrictions imposed by the Greater London Council (General Powers) Act 1973 (GLCGPA 1973) that required Londoners who wanted to rent out their homes for less than 90 consecutive nights to apply for planning permission from their borough council.

With regard to existing leases, flat owners need to consider the terms of their lease carefully before letting their flat (there are also other restrictions that should be considered) and, landlords may now actively monitor infringements of this restriction.

With regard to new leases, buyers might be put off by this and landlords selling off plan may consider going further, by including an additional covenant that prohibits the property from being underlet for short periods, or making any short letting subject to the landlord’s consent first being obtained which would have the added advantage of building in some flexibility.

This article was written by Winckworth Sherwood.

Retrieved from "https://www.designingbuildings.co.uk/wiki/Short_term_lets"
Create an article