Do it together architecture 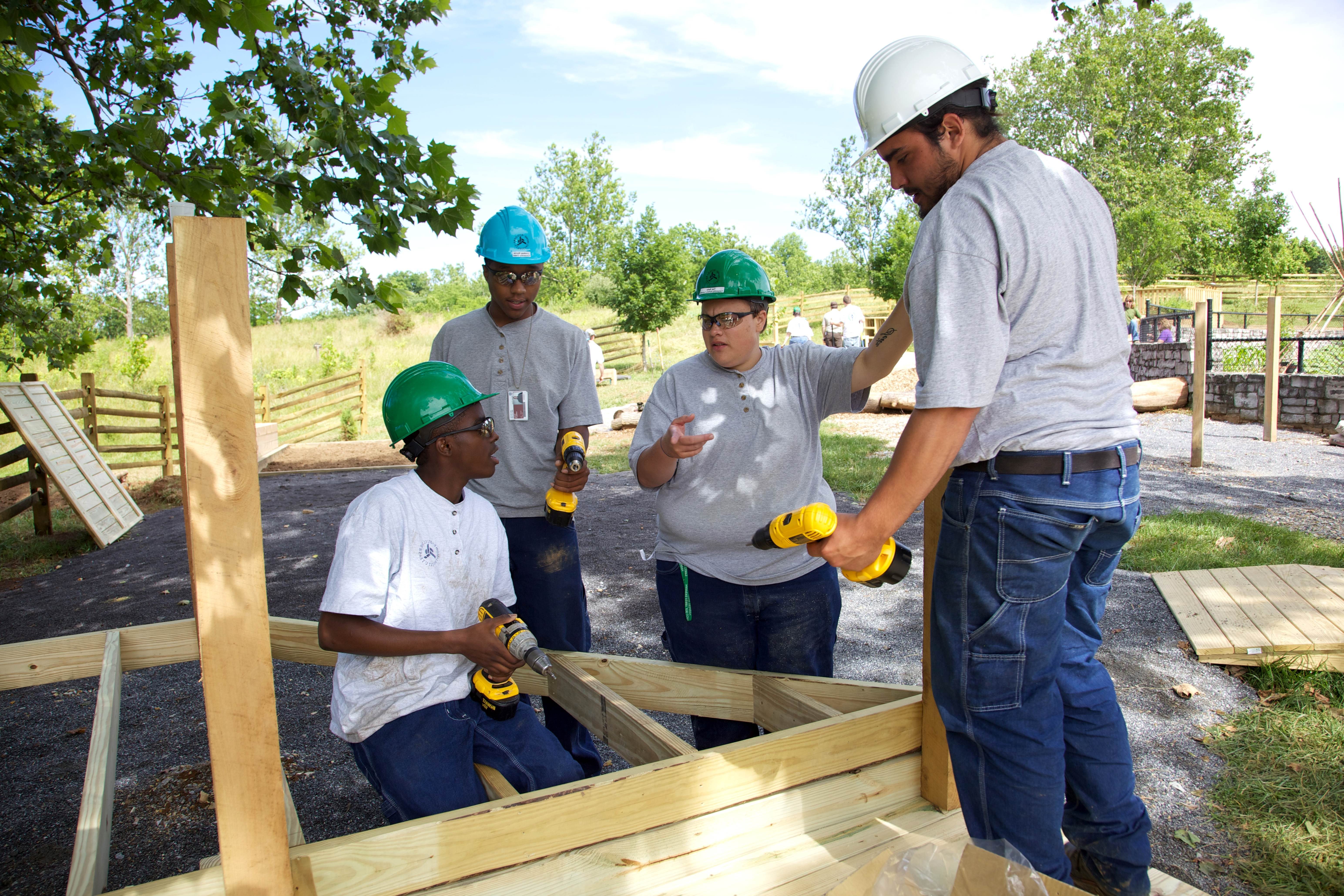 The acronym for do it yourself - DIY - is used to describe the concept of self-repairing, building or resolving an assortment of issues (including those that are not construction related). It is generally understood to mean the task has been addressed without requiring the assistance of professionals.

In direct contrast to this concept, the term do it together - or DIT - has been introduced in conjunction with architecture and communal collaboration, particularly in the area of residential buildings.

The term DIT is borrowed from the language of cohousing. Cohousing is a method of living that has become established in several countries around the world. Created and run by residents, cohousing developments are communities where people not only know their neighbours but actively manage their neighbourhood alongside them.

The idea of DIT architecture builds on the cohousing concept to form a collective approach to the design and construction of neighbourhoods.

[edit] The purpose of DIT architecture

In DIT architecture, not only does the construction process become a form of community building (both literally and figuratively), it also becomes part of a training method for those interested in learning new skills and participating in the programme. In addition to encouraging residents, DIT architecture may involve members of non-profit organisations, volunteers and unemployed people from the community.

Also referred to as a type of open-source architecture or crowd sourced architecture, DIT architecture involves people who may be outside the traditional construction professions, but who are invested in the outcome of the project. Ideally, they are motivated to share any applicable skills and infuse the “co-created” outcome with their various social experiences and cultural backgrounds.

As an emerging ideology, DIT architecture is a by product of the crowd funding era. It breaks established business conventions associated with client-architect relationships and changes the dynamic of who controls the process.

Instead of being driven by decisions dictated by an external consultant, the participants in a DIT architecture arrangement take on key responsibilities, including decision making, materials sourcing and even the building process itself. And while an architect may provide a baseline starting point, it is up to the collaborative community to take the project through to completion - and then live in it and continue adding to it.

DIT architecture is intended to have a less formal, more “human” sensibility, with the purpose of developing a place that projects a sense of togetherness both in its creation and its use.

Retrieved from "https://www.designingbuildings.co.uk/wiki/Do_it_together_architecture"
Create an article