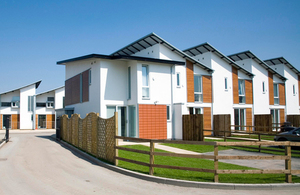 Community-led housing is a means by which local communities play a central role in providing their own housing. It can be used to specifically help certain groups such as older people. The adopted approach depends on a range of factors, such as the demand, available resources, location, and so on.

The different approaches broadly classified as community-led housing, include:

These approaches can encompass new build, regeneration works and the repurposing of existing buildings.

The general principles of community-led housing include:

The benefits of community-led housing include:

In February 2019, Housing Minister, Kit Malthouse announced a £6 million funding boost for community-led housing over a 2-year period. The Community Led Homes Programme (managed by 4 leading housing charities) will provide local people with funding to kickstart developments that will benefit their neighbourhood. Funding of up to £10,000 will be provided to groups to cover start-up costs such as legal fees, and a further £3.5 million will be made available to provide technical advice and support to guide communities through the process of building. Ref https://www.gov.uk/government/news/malthouse-boosts-funding-for-community-led-affordable-housing

Retrieved from "https://www.designingbuildings.co.uk/wiki/Community-led_housing"
Create an article