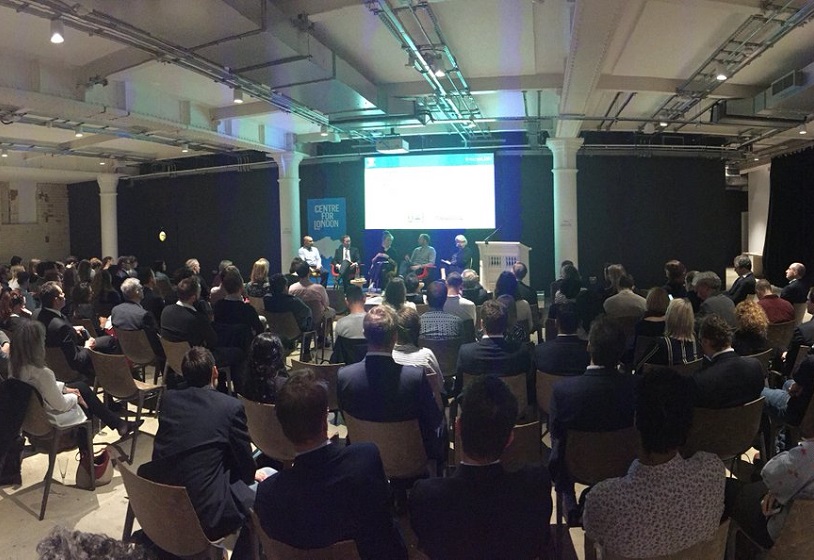 On the 29th March 2017, an event hosted at U+I by the Centre for London explored the important role that microhousing could play in tackling London’s shortage of homes.

A line-up of expert panelists explored the opportunities and challenges of building smaller homes at scale.

U+I’s Deputy Chief Executive, Richard Upton, opened the evening by outlining the current issues facing the housing market in London, with stretched local authority resources under ever increasing pressure to deliver. He suggested that “...in the private sector we have a responsibility to push innovation, challenge accepted norms and champion change if we are to develop solutions which do not rely either on charity or on the public purse.”

However, when talking about the recent Housing White Paper he admitted: “there is no silver bullet, no golden ticket, no one solution. What I do know is that we must find creative and flexible ways to unlock the centre of this great city to the new generations of workers if London is to continue to thrive and have a beating heart.”

Richard went on to ask a key question for the debate: “How much space do you need?”

He focussed on mid-income Londoners who have been priced out of living in the city. This group don’t qualify for social housing, don’t yet have children and either aren’t in a position to or don’t want to buy. This, combined with the fact they increasingly live in single households and have ever more compact lives which focus on quality of experiences rather than possessions, means there’s a huge potential audience for compact living.

Richard concluded: “We have ideas on how we can deliver this solution from both a design and construction perspective. Ideas which we believe won’t compromise on quality. Because we believe in giving everyone the chance to live in this city.”

The panel debate, chaired by Kat Hanna, Research Manager at Centre for London, and including: Ray Omar, Founder of Unmortgage; Simon Scott, Head of Residential Investment at JLL; James Wallman, Author and Futurist; and Christine Whitehead, Professor Emeritus in Housing Economics at LSE - began to explore some of the wider issues and questions that the concept of microhousing raises.

Simon Scott, Head of Residential Investment at JLL discussed the social benefits of living in a microhousing scheme, where, if managed correctly there can be a strong sense of community.

He said: “I was fortunate enough to go over to the US to see what they do out there and you get a monthly register of the things you can go and do. Some of that does work around the facilities within the scheme, and others outside the scheme, but it is always about building that sense of community.”

Author and futurist James Wallman strongly supported the microhousing concept on the grounds that it will allow a percentage of Londoners to get more from the city they live in. He said: “People want a home that is connected to as many awesome experiences as possible, which London does provide, so I’m a huge supporter.”

Ray Omar, founder of Unmortgage highlighted both the pros and cons that come with the introduction of microhousing. On the positive side, he said: “I am excited about this space because as you saw from the opening statement, it is being led by people that are genuinely interested, who are genuinely thinking about the problems, and can lead from the front.”

However, he also had doubts about wider industry involvement, as he believes some developers will “poison the well” for those that are genuinely interested in providing microhousing that is “well designed, central, built on underused land, and add flexibility”.

Christine Whitehead, Professor Emeritus in Housing Economics, LSE, argued that flexibility in new housing will be key to solving the housing crisis.

She said: “I think we should go back to some of the ideas of the 19th century when you built such that you could join things together, and break them out again afterwards… if we are trying to build something for 30 or 40 years, as opposed to 10 years, I would like to see that there is some attempt to build flexibility into it.”

This article was originally published on 30 March 2017 by U+I.

Retrieved from "https://www.designingbuildings.co.uk/wiki/Could_microhousing_tackle_London%27s_housing_crisis%3F"
Create an article