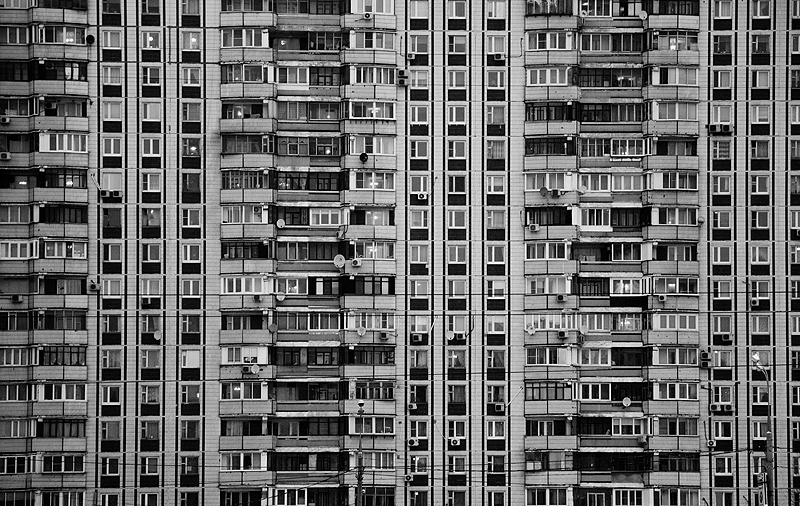 In 1962, the visionary British writer J.G. Ballard published a short story ‘Billennium’. Set in a dystopian overpopulated city of the future, people have become accustomed to live in small cellular rooms, the legal maximum size of which has decreased to 3.5 sq. m (38 sq. ft) per person.

Ballard describes the city as having replaced its historical buildings with battery homes divided into hundreds of cubicles, as well as the endemic overcrowding that afflicts the inhabitants to such an extent that the concept of living in larger spaces has become alien and disorientating.

Fifty-five years on and it is clear just how prophetic Ballard’s story was, as property developers in the UK and elsewhere are increasingly asking the question – just how much space do the inhabitants of dense urban centres really want or need, and might the solution to today’s overcrowding and high rents be the development of microhousing? 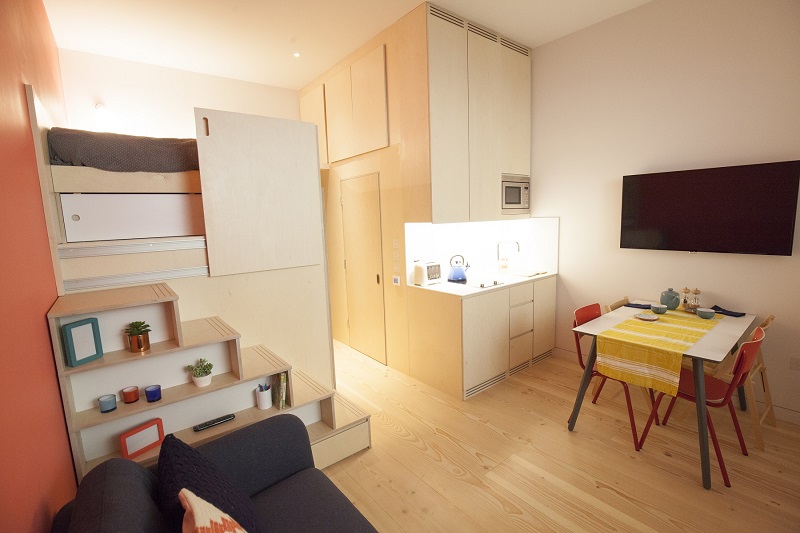 One of the more innovative property development companies currently investigating the potential of microhousing in London is U+I.

As an affordable-rent solution for central London, U+I have developed two micro-flat prototypes that they believe could be scaled up to professionally-managed, well-designed apartment buildings aimed at the swathes of young professionals that are drawn to the city for work in ever greater numbers.

They have correctly identified that most people who earn less than £50,000 a year cannot afford to rent a reasonably-sized space in central London, and instead have to choose between a very small space (i.e. a bedsit or room in a shared flat/house), or more space on the outer fringes and a long, tired and costly commute.

The minimum size recommended for a studio flat, according to London’s planning guidance, is 37 sq. m. However, U+I say that this is largely an historic reaction to the small spaces typical of suburban build-to-buy developments, and is only guidance rather than legislation. They also point out that over 27,000 students in London live in purpose-built accommodation – typically 13 sq. m bedsits with an en-suite shower room but no cooking facilities and little storage.

Somewhat more spacious than Ballard’s vision, U+I define their micro flats as having floor space measuring 19-24 sq. m. They point to these already being a proven solution in cities that are less densely populated than London, such as Tokyo, New York, Madrid and Paris. London has 25% more people per square mile than New York and Paris, and 300% more than the UK national average. 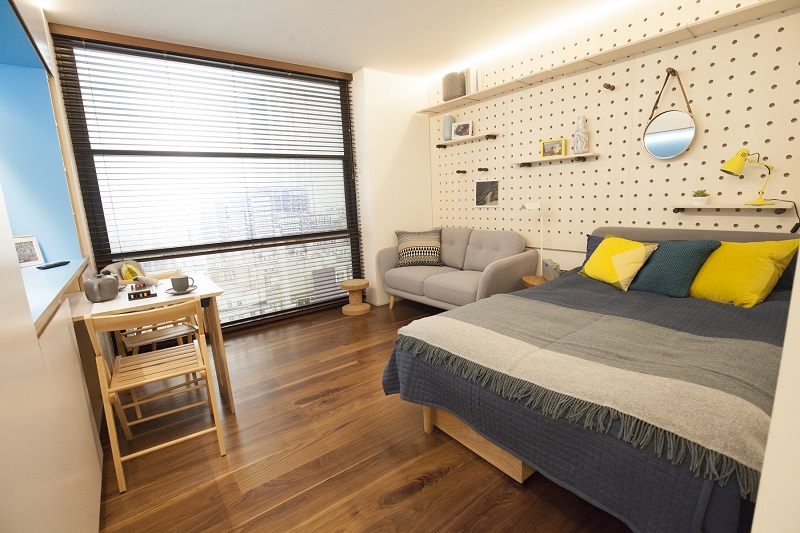 U+I’s vision is a series of micro-flat communities; perfectly formed spaces in interesting buildings in lively areas. They will be safe, secure and well-managed, with generous indoor and outdoor communal spaces.

The flats would only be made available to those with salaries that fall below a threshold agreed by local authorities, with capped rent rises. Therefore, local authorities will be able to deliver affordable rental-housing without subsidies from their own or central government budgets.

Designed by Ab Rogers Design and The Manser Practice, and dressed in partnership with John Lewis, U+I’s two prototype micro flats are a thoroughly practical and creative use of space, that very much feel homely rather than claustrophobic. They have the smart and sophisticated aesthetic of a hotel room, and on viewing them it is not hard to see how appealing they would be to young professionals of ‘Generation Rent’ who are looking for an affordable central London place to base themselves.

“At U+I, we are looking at how publicly-owned land in Zones 1 and 2 can be used to develop micro-living sites, offering places to rent for this section of the population, helping to reinvigorate parts of London. It could also help generate revenue for public sector bodies like local councils, while enabling them to hang on to their land. Our expertise is in working with public sector organisations.

“We have ideas on how we can deliver this solution from both a design and construction perspective. Ideas which we believe won’t compromise on quality. We’re not proposing a change in space standards or calling for a law change. We’re not asking for local authority funding – the plans would come at zero cost to the public purse. Instead we’d propose high-quality, rental-only, centrally-located, capped rent communities on under-used brownfield sites in London.”

Retrieved from "https://www.designingbuildings.co.uk/wiki/Micro_flats"
Create an article