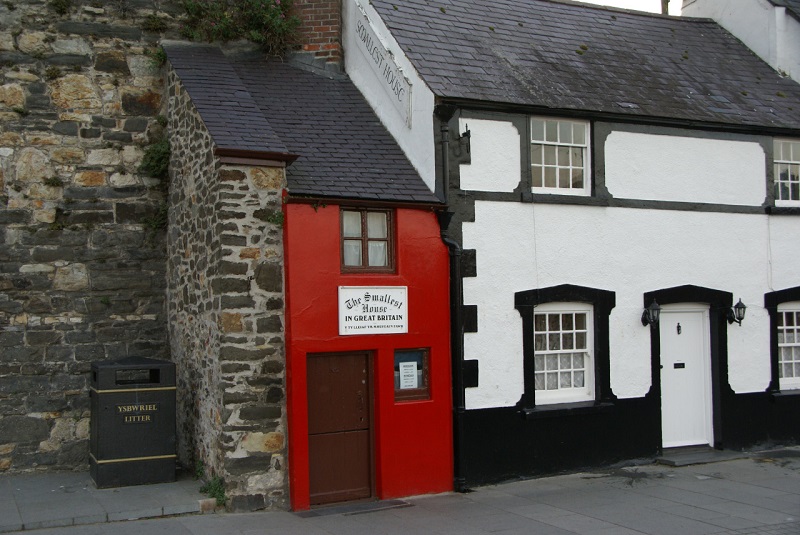 The Smallest House in Britain, also known as Quay House, is a residential building in Conwy Quay, North Wales. With a red-painted façade, the house measures 3.05 m (10 ft) high and 1.8 m (5.9 ft) wide. It has been officially recognised as the smallest house in the UK by the Guinness Book of Records.

Located near the walls of Conwy Castle, the house includes a ground floor living area with space for coal and an open fire, as well as a water tap behind the stairs; and a first-floor bedroom with a small storage niche. 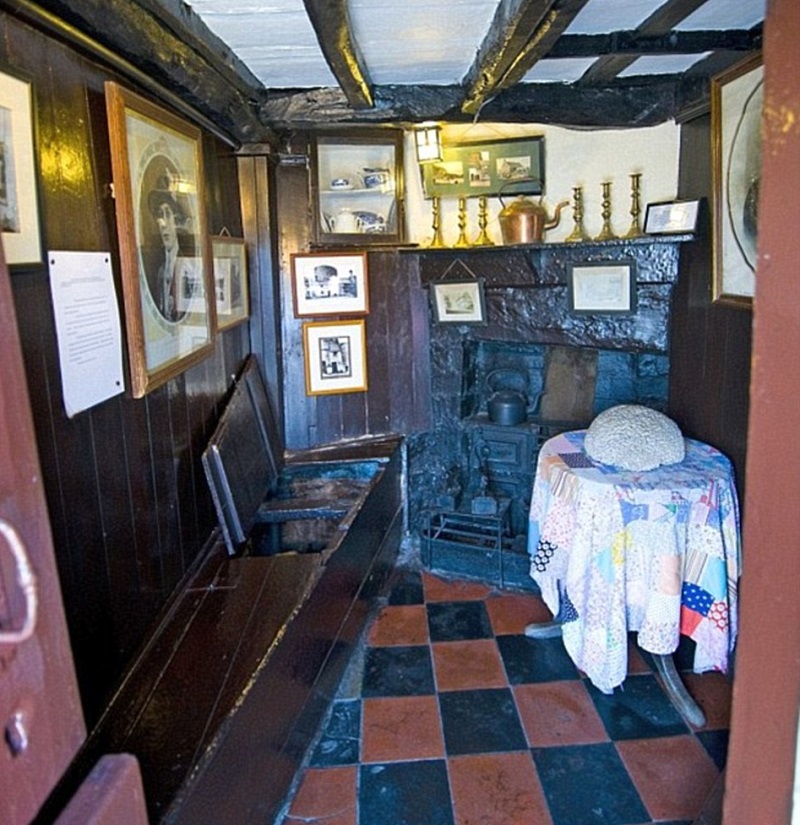 During medieval times, it was common practice for houses to be constructed in rows against the town walls. Typically, rows were built from both ends of the street towards each other, and so there was often a remaining gap that was used to build a much smaller house at minimum cost.

Despite its cramped size, the house was inhabited from the 16th century until 1900, when the last occupant – an ironically tall fisherman – moved out. The council had declared the house unfit for human habitation, along with several equally small neighbouring houses. Although the other properties were demolished, local people campaigned and raised enough money to convert the remaining house into the tourist attraction it remains today.

Retrieved from "https://www.designingbuildings.co.uk/wiki/Smallest_house_in_Britain"
Create an article