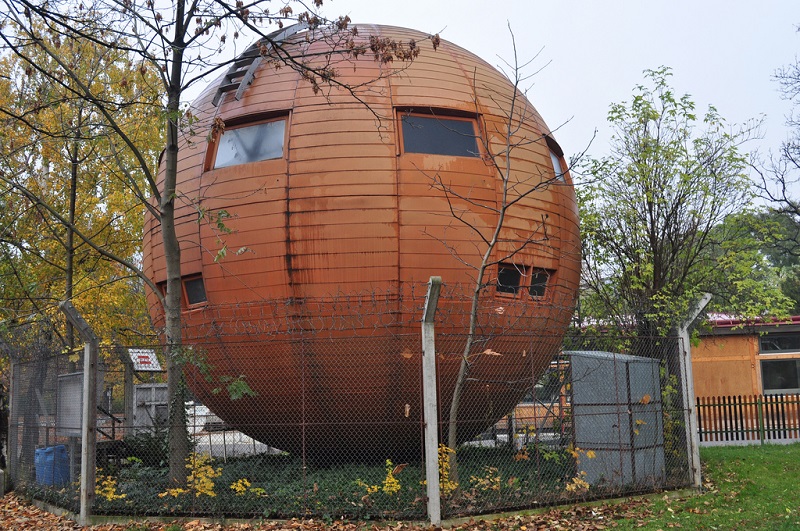 The Republic of Kugelmugel (translated as ‘Spherical Hill’), is a ball-shaped house classed as a micro-nation located in Vienna, Austria.

The house was designed and built in 1971 by the Austrian artist Edwin Lipburger as part of his theory that the sphere is the perfect geometrical form for a new kind of habitation.

The house has a diameter of 7.68 m and is constructed from timber units covered with zinc sheets. 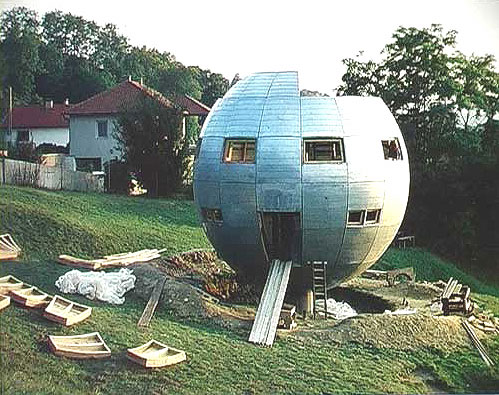 Disputes with the authorities regarding planning permits provoked Lipburger to declare that the house, as it was spherical, had its own centre point, independent from the 'geocentre'. Accordingly, in 1976 he declared the house an independent republic, free from laws and building regulations. He proceeded to elect himself President and began issuing stamps and passports.

In 1979, Lipburger was sentenced to prison for refusing to pay taxes. In 1982, the house was moved to the famous Prater amusement park in Vienna where it became a tourist attraction, even though it was enclosed behind barbed-wire fencing.

Despite having no water or electricity, Lipburger continued to inhabit the house until his death in 2015. It has the only address within the Republic – ‘Antifaschismusplatz 2’ (‘Anti-Fascism Square’ No. 2), which has a population of more than 600 non-resident citizens.

Retrieved from "https://www.designingbuildings.co.uk/wiki/Republic_of_Kugelmugel"
Create an article