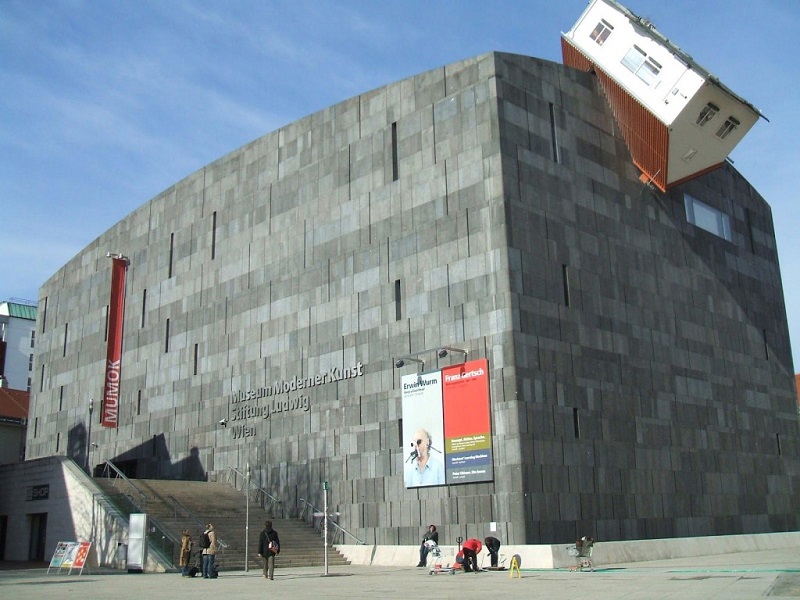 Austrian artist Erwin Wurm collaborated with the Museum Moderner Kunst (MUMOK) for a publicity stunt in the form of architecture, for which he perched a cottage-sized house in a precarious position on the side of MUMOK’s large gray building.

Completed in October 2006, the house appeared to have fallen from the sky and implanted itself into the museum.

Known for his irreverent approach to projects, Wurm said that “House Attack [is] a symbol for an everyday occurrence as well as small-mindedness”. He intended that the project would break architectural thinking from so-called ‘normal’ limits.

The house was constructed with a large wedge-shaped gap in the roof and was carefully craned into position before being secured to the museum’s steel structure.

The installation has since been dismantled. 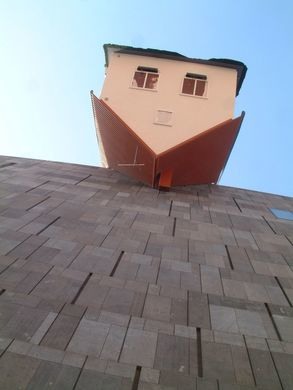 Retrieved from "https://www.designingbuildings.co.uk/wiki/House_Attack"
Create an article