See the full Unusual building of the week list here. 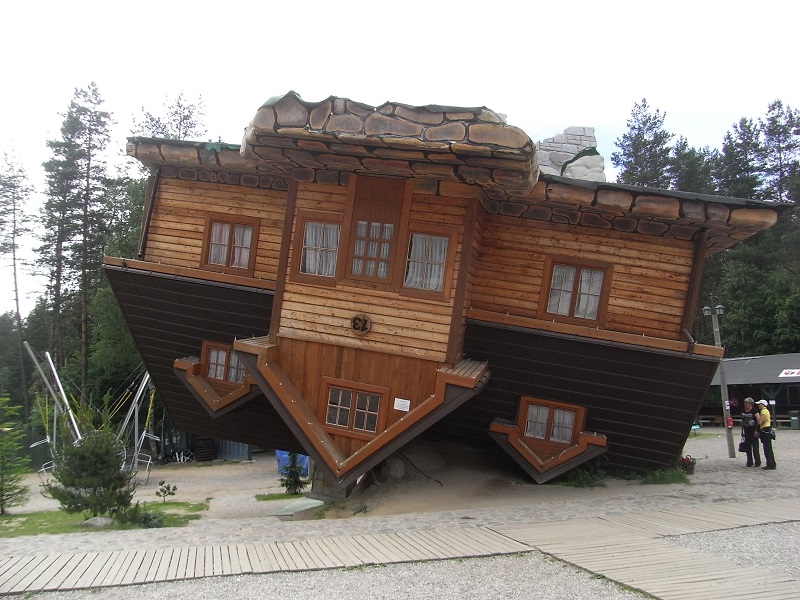 Located in the Centre of Education and Regional Promotion in the north Poland town of Szymbark, the Upside Down House is a popular tourist attraction.

Completed in 2007, the house was designed by businessman Daniel Czapiewski as a statement about the uncertainty of life in post-Communist era Poland.

The construction of the timber-clad house proved rather problematic. The foundations alone required 200 m3 of concrete. Danmar, a timber construction company, took 114 days to construct the house, rather than the normal time of just three weeks, in part due to the regular breaks workers had to take because of the disorientation caused by the strange angles of the walls.

Indeed, visitors to the house often report feelings of giddiness and nausea only a few minutes after they have entered through one of the attic windows and walked along the ceiling.

The interior of the house is furnished in a style typical of houses in the Communist-era Poland of the 1970s. There is even an old TV that shows vintage propaganda.

Retrieved from "https://www.designingbuildings.co.uk/wiki/Upside_Down_House,_Poland"
Create an article