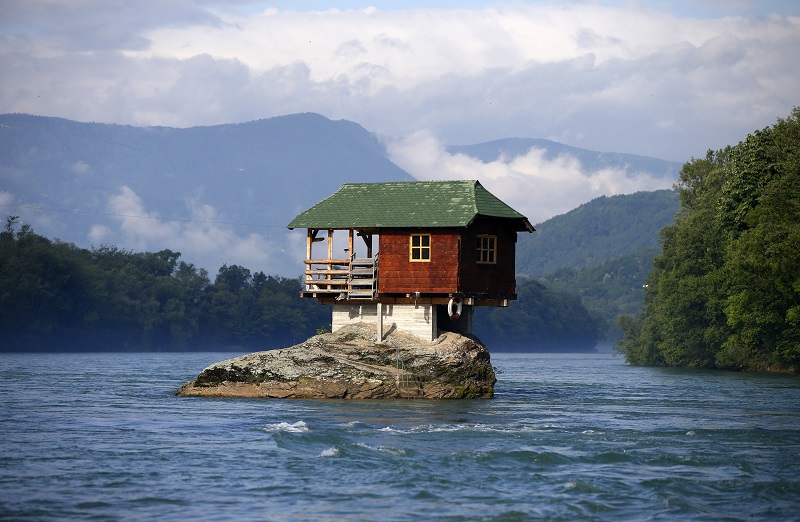 The Drina river house is a small shelter located on the river Drina, near Bajina Bašta in Serbia.

It was originally built in 1968 by a group of swimmers who discovered the rock while looking for a place to sunbathe and decided it would be the ideal place for a shelter. They began by placing boards there and then gradually build it up into a one-room home.

They transported the building parts and supplies to the island by boat and kayak. Larger components were placed in the river upstream and caught as they floated past. It has been destroyed several times by floods and high winds, but has been rebuilt consistently.

Since featuring in National Geographic in 2012 it has become a well-known visitor attraction. 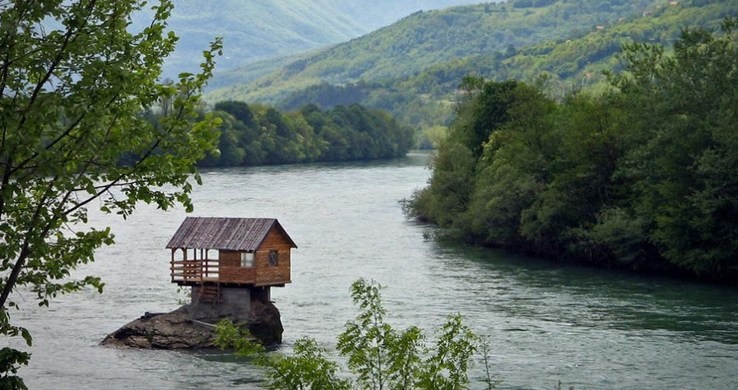 Retrieved from "https://www.designingbuildings.co.uk/wiki/Drina_river_house"
Create an article