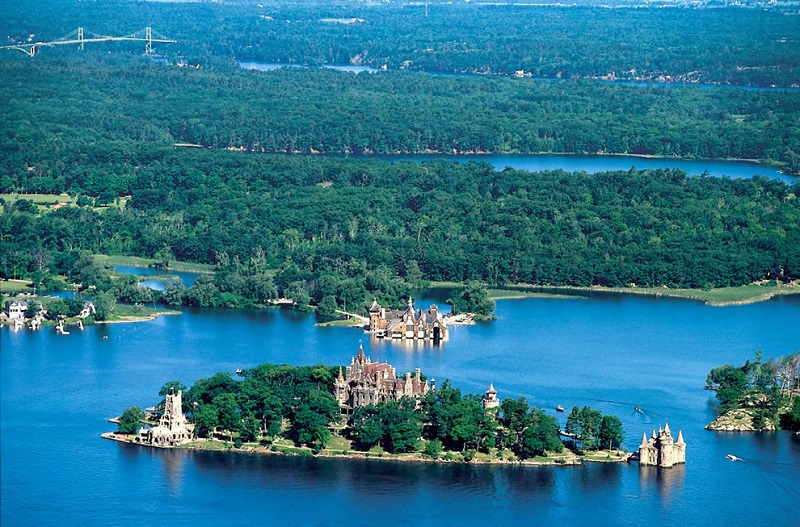 Boldt Castle is landmark tourist attraction on Heart Island, so named because of its heart-like shape, in the Thousand Islands region of New York State, USA.

Construction began in 1900, as part of the millionaire George Boldt's plan to give a six-storey stone castle to his wife on Valentine’s Day 1905.

Among the architectural features of the island are; the Yacht House, a huge playhouse, the Power House, and a 120-room ‘fairytale’ castle which was modelled on Rhineland Castle.

However, construction came to an abrupt halt in 1904 when Boldt’s wife, Louise, died. Unable to face returning to the island, Boldt decided to leave the structures as a monument to his love.

The buildings were left in their unfinished state for 73 years, gradually falling victim to harsh weather and vandalism, until the Thousand Islands Bridge Authority purchased the island in 1977 for $1. They spent around $15 million restoring the masonry structures to the condition they were in when the original construction was halted. They also completed the stained glass dome, marble floor and grand staircase woodwork.

Since its redevelopment, the island has become a popular tourist attraction, and has a continuing romantic appeal for the many couples who choose it as a wedding destination. 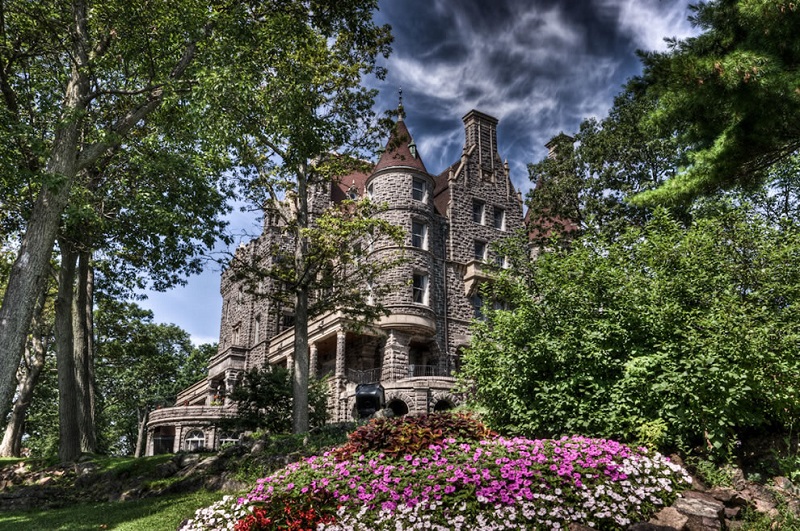 Retrieved from "https://www.designingbuildings.co.uk/wiki/Boldt_Castle,_Heart_Island"
Create an article