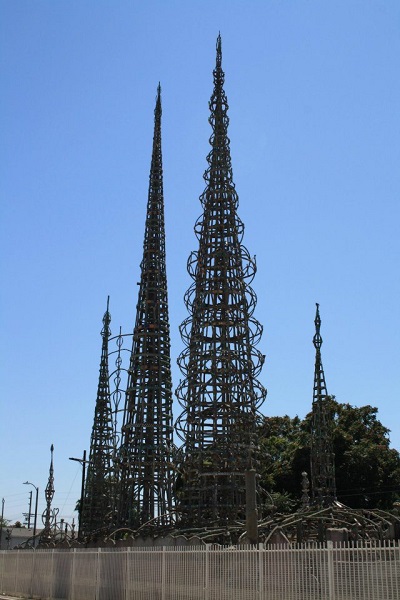 The Watts Towers are an installation of sculptures, towers and walls located in the Watts area of Los Angeles, California. They were built single-handedly by local resident Simon Rodia over a period of 34 years, beginning in 1921. The installation is remarkable for having been built without mechanical equipment, scaffolding or drawn designs. Instead, Rodia used simple tools and everyday items such as scrap steel, bed frames, pipes, and broken glass.

There are 17 major sculptures constructed of structural steel, wrapped with wire mesh and covered with mortar. The tallest of the towers reaches a height of 30 m (99.5 ft) and contains the longest slender reinforced concrete column in the world. His ‘ship of Marco Polo’ includes a spire that reaches 28 ft.

The sculptures are elaborately decorated with a Gaudi-esque array of ‘found objects’, such as broken bottles, ceramics, sea shells, pottery, tiles, and much more besides. 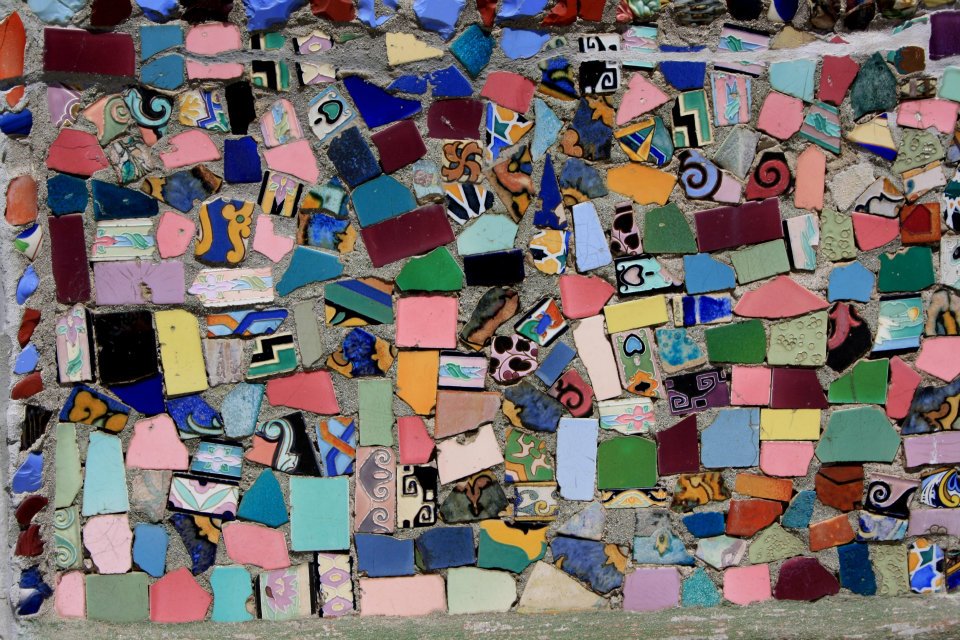 When Rodia, aged 75, moved away from Watts, the City of Los Angeles ordered that the towers should be demolished on safety grounds. But local campaigners devised a strength test to demonstrate their stability. A crane tried to pull them over but both it and its steel hawser buckled, and so the authorities decided to let them remain.

The local community then formed the Watts Towers Arts Center to preserve the installation. They are now listed on the Natural Register of Historic Places as a National Historic Landmark of Los Angeles. 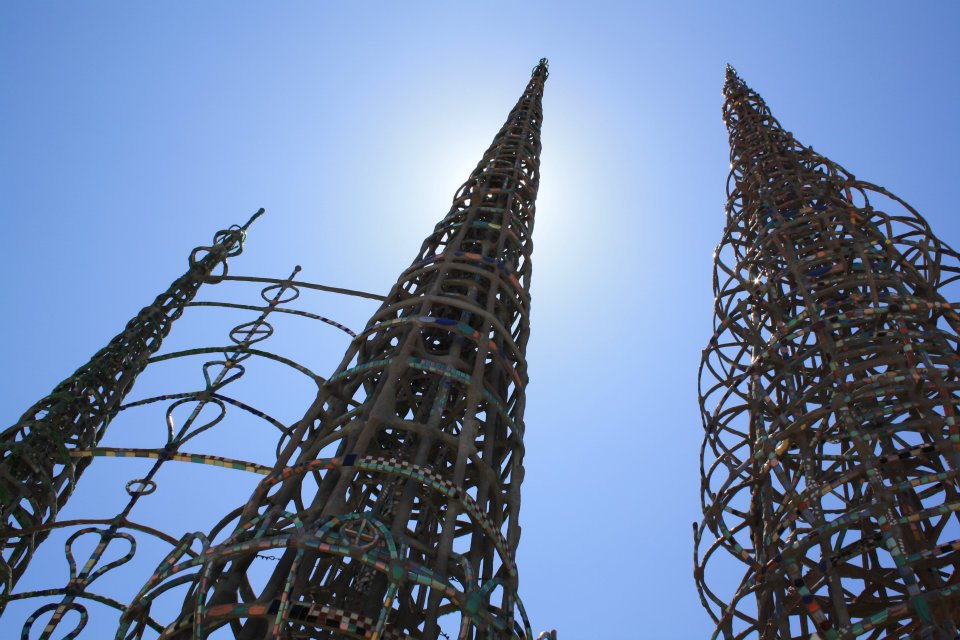 Retrieved from "https://www.designingbuildings.co.uk/wiki/Watts_Towers"
Create an article