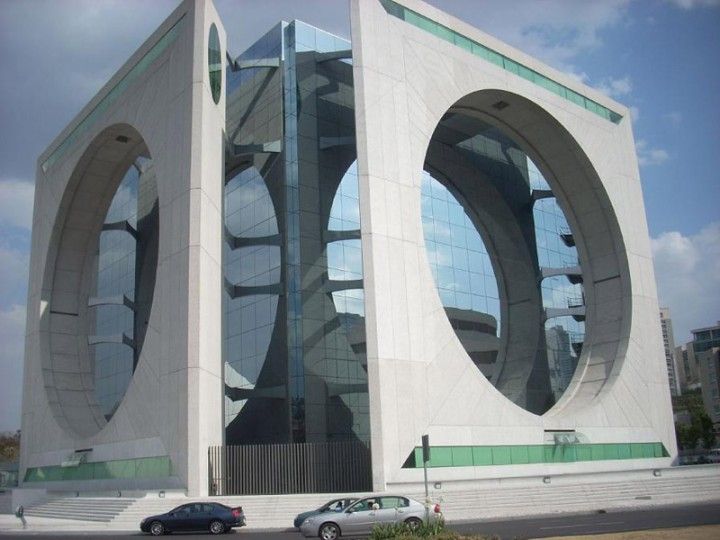 The Calakmul Corporate Building is located in the Sante Fe neighbourhood of Mexico City, and is known locally as ‘La Lavadora’ (the washing machine). It was constructed in 1997 on what had been a junkyard before being reclaimed by the city government and developed into an affluent business district.

It was designed by architect Agustin Hernandez Navarro to honour the Mayan from whom the name Calakmul derives, and incorporates elements that represent the earth and the sky.

The complex consists of two separate modernist buildings – the nine-storey washing machine-esque structure and the adjacent pyramidal structure. The separated exterior is pristine white concrete, attached to the central commercial office building which is made of mirrored-glass, giving the impression of a globe inside a cube. 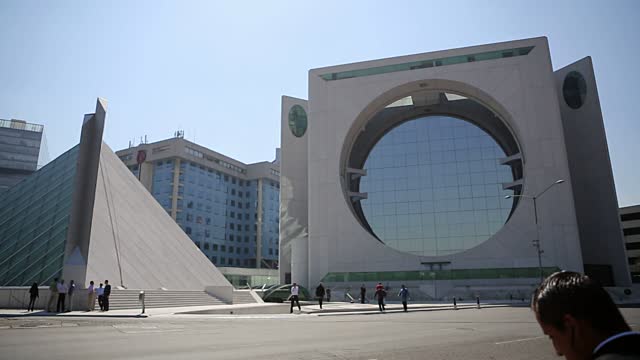 Retrieved from "https://www.designingbuildings.co.uk/wiki/Calakmul_Corporate_Building,_Mexico"
Create an article