See the rest of the Unusual building design of the week list. 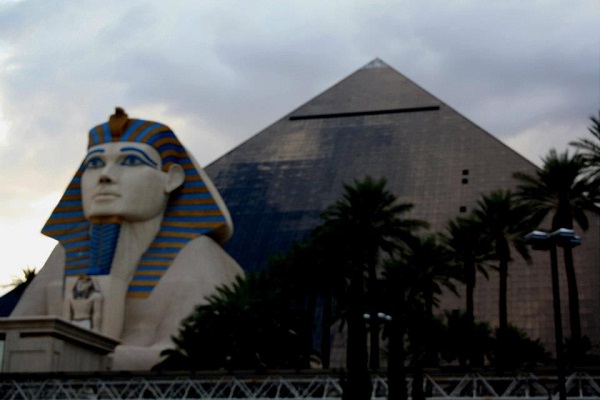 The Luxor Las Vegas is a black pyramid hotel and casino complex located at the southern end of the Las Vegas Strip. Since opening in October 1993, it has come to be seen as a prime example of 1990s postmodernist architecture. The resort's Ancient Egyptian theme is completed by a 110 foot tall replica of the Great Sphinx of Giza outside the pyramid.

The Luxor was built by Circus Circus Enterprises, with the construction completed in just 18 months, at a cost of $375 million. It was constructed using reinforced concrete, with a steel skeleton at the top to complete the pyramid.

The pyramid contains the Luxor Sky Beam which, at 42.3 billion candela, is the strongest beam of light in the world. Computer-designed, curved mirrors collect light from its 39 xenon lamps and focus them into one narrow and intense beam that is projected into the sky, visible from several hundred miles away.

Now owned by MGM Resorts International, it is the 3rd largest hotel in Las Vegas and the 6th largest in the world. At 350 ft, it is also the tallest pyramid in the US, and the fourth 4th in the world. 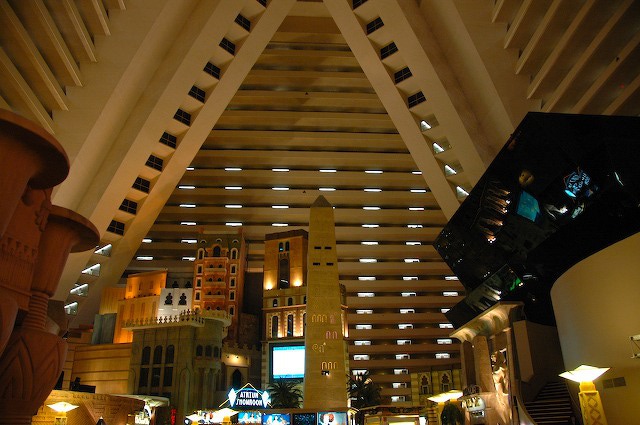 Retrieved from "https://www.designingbuildings.co.uk/wiki/Luxor_Las_Vegas"
Create an article