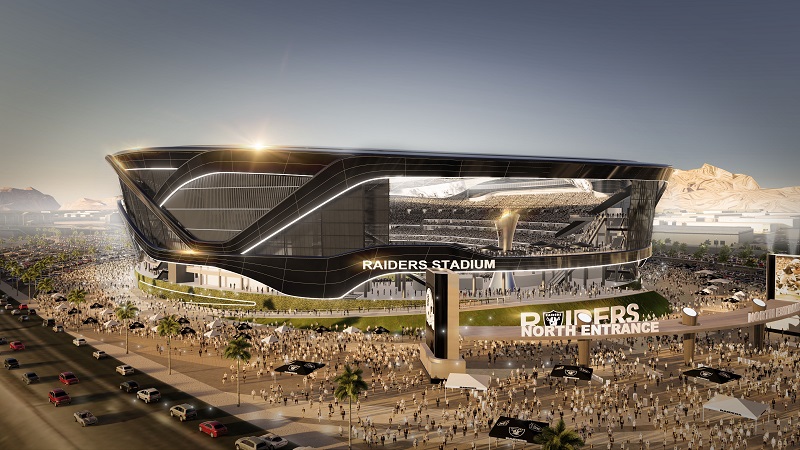 In January 2017, designs were published for an NFL stadium in Las Vegas. Designed by MANICA Architecture, the stadium is intended for the Oakland Raiders who may relocate to the city.

In December 2016, the city of Oakland presented plans to replace the Coliseum, which has been the team’s home ground since 1966, with a new $1.6 billion venue. Las Vegas is currently without its own NFL team, and is hoping to entice the Oakland team with the new stadium. 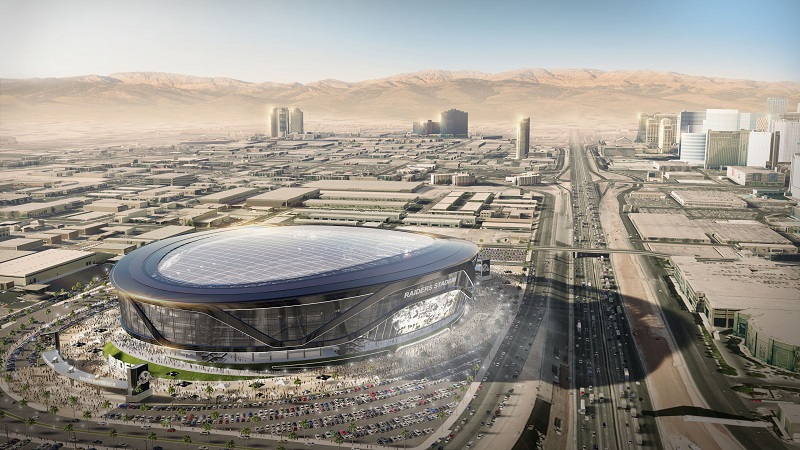 The modernist stadium design incorporates a horseshoe-shaped seating arrangement with an open side to the north, offering views onto the famous Las Vegas Strip. The natural turf field will be retractable. The domed and air-conditioned stadium will be topped with a transparent roof and hold a capacity of 65,000 seats, expandable to 72,000 for SuperBowl events.

Sleek black bands curve around the structure, while at the centre of the open end a tower will house a ‘flaming cauldron’. 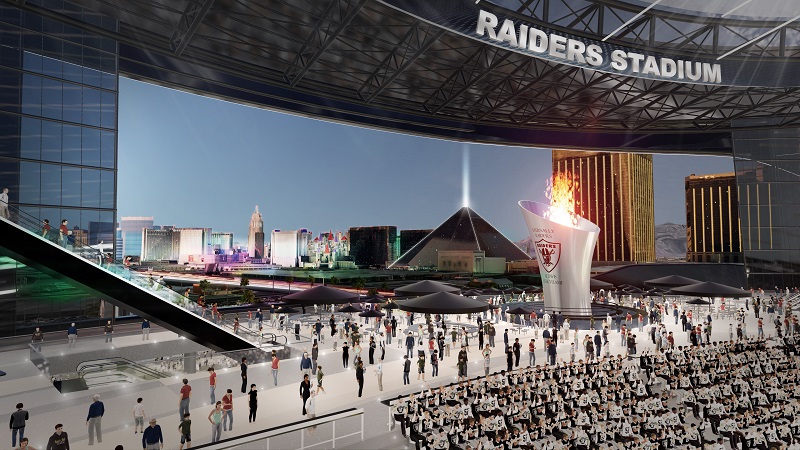 Although details about the project are fairly scant, the graphic images show the stadium close to the Strip’s south end, behind the Mandalay Bay resort. The site, near the freeway and airport, allows for easy access with provision for an 8,000-capacity car park, tailgating amenities, and a mixed-use commercial development.

According to a report from the South Nevada Tourism Infrastructure Committee, the project is estimated to cost $1.9 bn. The state has reportedly approved $750 million for the new stadium, Raiders owner Mark Davis has pledged $500m, and casino mogul Sheldon Adelson is apparently to contribute $650m.

Along with the economic benefits of in-season games, constructing the venue would also allow Sin City to host the annual Super Bowl event – which would bring in hundreds of millions of dollars.

The stadium is currently targeted for completion in advance of the 2020 NFL season. 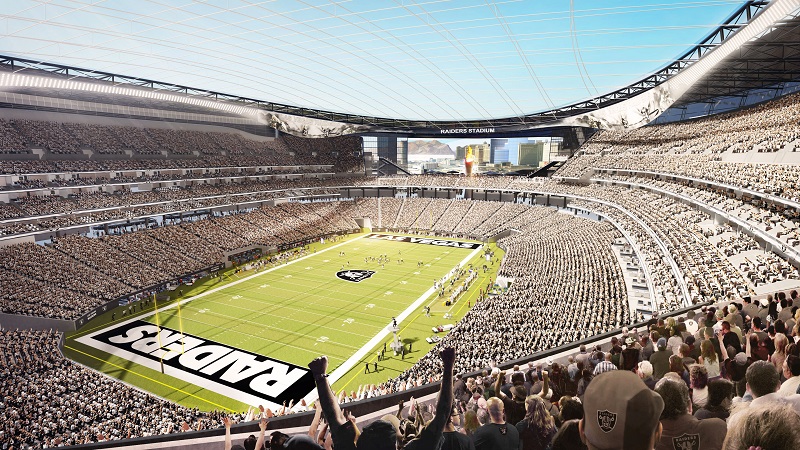 Retrieved from "https://www.designingbuildings.co.uk/wiki/Las_Vegas_NFL_stadium"
Create an article