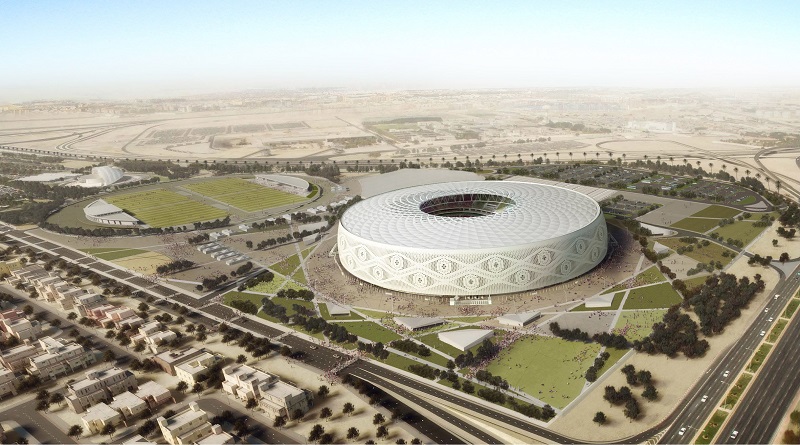 In August 2017, designs for a football stadium to be built for Qatar’s 2022 World Cup were unveiled.

Designed by Qatari architect Ibrahim M. Jaidah, the stadium has a diamond-patterned exterior based on the gahfiya, a tightly-fitted knitted cap traditionally worn by Arab men. The diamond-shaped perforations on the circular stadium’s exterior form larger rhombic shapes with rounded forms in between. A circular opening in the roof, together with modern cooling systems, will enable it to be used for sporting events all-year round.

The stadium will seat 40,000 spectators, and is the most central of the 8 venues for the 2022 tournament. 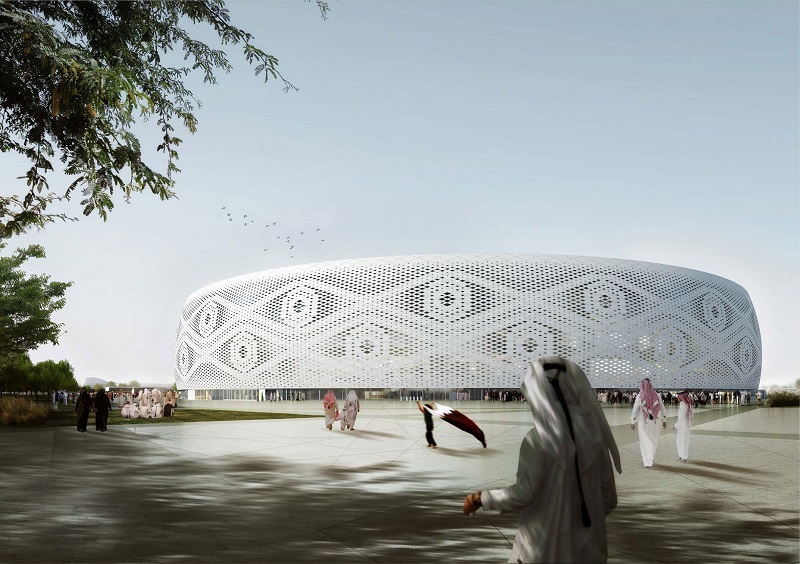 However, the event continues to be mired in controversy, with the ongoing Gulf crisis threatening to limit air space around Qatar, and prohibiting the passage of goods through Saudi Arabia. In addition, there are continuing charges from human rights groups who claim migrant workers have been abused and exploited. An investigation by The Guardian in 2014, found that more than 500 Indian migrants and 382 Nepalese nationals had died since 2012 building the infrastructure for the event. 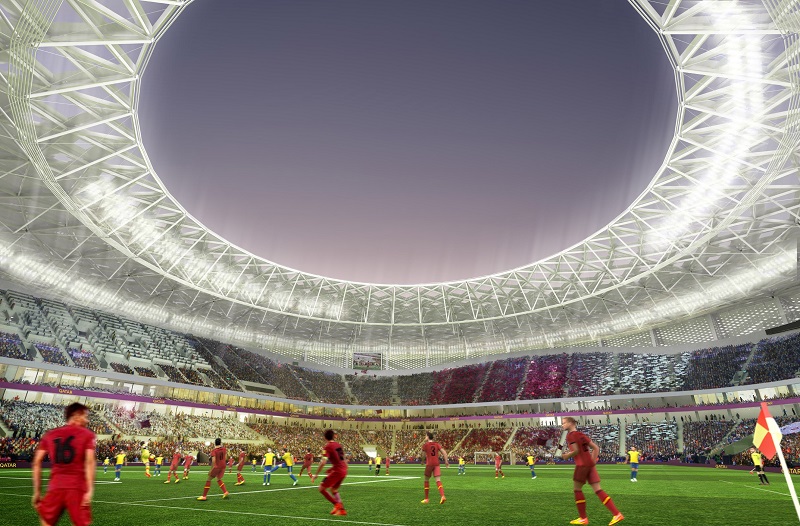 The stadium is to be built by AlJaber Engineering and Turkish construction company Tekfen, with an expected completion date of 2020.

The other 7 stadiums are currently under construction, including the stadium that will host the opening and closing ceremonies, designed by Foster + Partners, and the Al Wakrah stadium designed by Zaha Hadid Architects.

According to Jaidah; "The reveal of Al Thumama Stadium design comes with immense pride in having contributed to the delivery of the first World Cup in the history of Qatar and the region. The inspiration behind the design comes in line with Qatar's hosting promise that this World Cup will be one for the region to celebrate. I believe it will be a stadium design that resonates with the Arab community, and we are extremely proud to have designed this innovative venue."

Retrieved from "https://www.designingbuildings.co.uk/wiki/Al_Thumama_Stadium,_Qatar"
Create an article