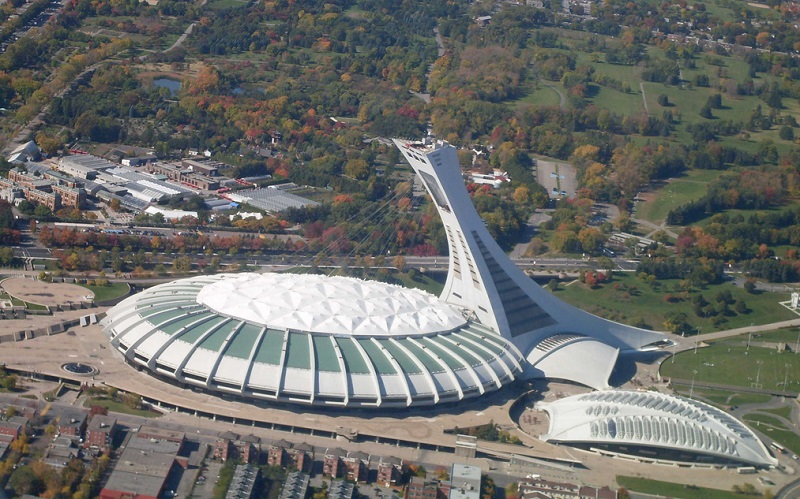 The multi-purpose stadium built as the main venue for the 1976 Summer Olympics in Montreal, Canada is popularly known as ‘The Big O’, because of the doughnut-shape of its permanent roof. After the Olympics, artificial turf was laid and it became a venue for baseball and football.

As one of the most unusual stadiums in the world, it has been described as a ‘masterpiece of Organic Modern architecture’, with a design based on plant and animal forms, integrating modernism and organic vertebral structures.

Designed by French architect Roger Taillibert, it originally featured an elaborate retractable roof, opened and closed by cables suspended from a 175 m (574 ft) tower at the northern base of the stadium - the tallest inclined structure in the world.

However, it has been described as a ‘white elephant’, and has been beset by controversy since its inception, not least for the delays in the construction. Work began in 1974 with 2.3 million cubic metres of clay and limestone being excavated and hauled away. But severe delays followed due to harsh winter weather and workforce strikes. 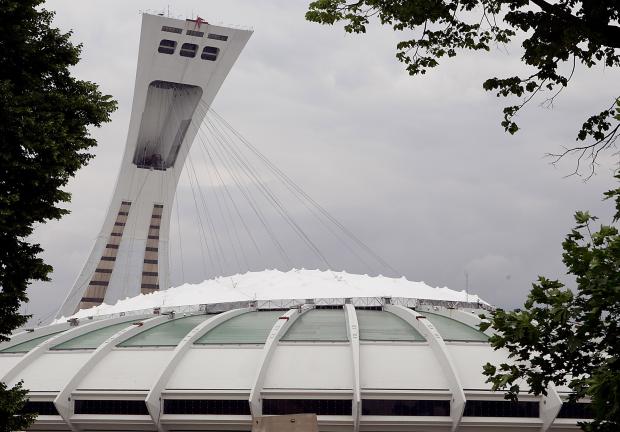 The inclined tower and 66-tonne, 5,500 sq. m Kevlar retractable roof were eventually finished in 1987. It was another year before the roof could retract and after that was limited to wind speeds of below 25 mph (40 km/h). It was only ever opened and closed 88 times, and after a number of incidents resulting in holes torn in the fabric, it was replaced with a fixed roof in 1991.

To most Montrealers, the stadium is mockingly referred to as ‘The Big Owe’, in reference to the exorbitant total costs - $1.47 billion - which were only finally paid off in November 2006. The stadium had initially been budgeted at $134 million.

Retrieved from "https://www.designingbuildings.co.uk/wiki/Olympic_Stadium,_Montreal"
Create an article