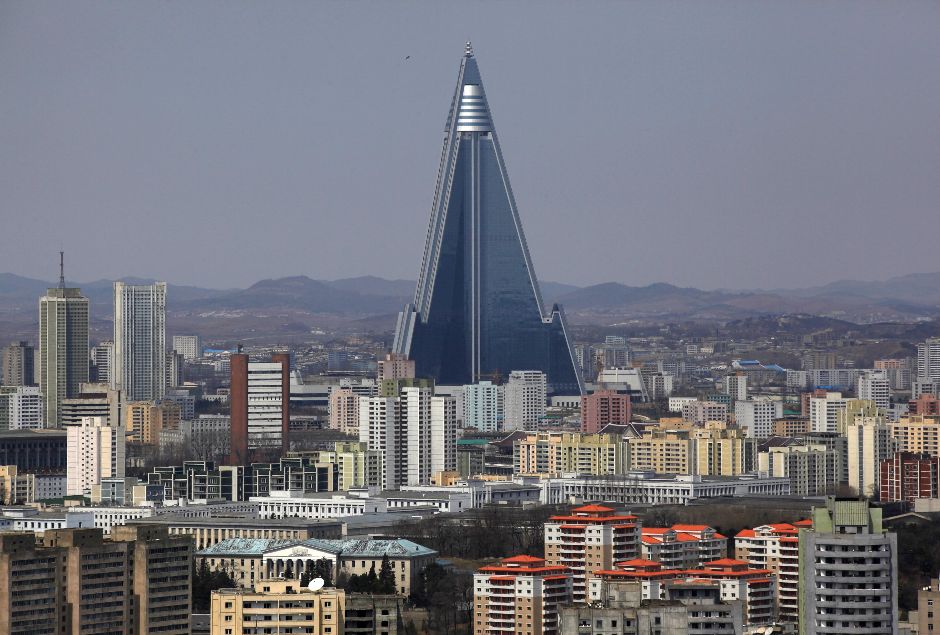 The Ryugyong Hotel is a sharp-angled, pyramid-shaped skyscraper in Pyongyang, North Korea. At a height of 330m (just 6m taller than the Eiffel Tower) and 105 storeys, it is the tallest structure in North Korea by a considerable margin. After a construction period of nearly 30 years and an estimated $750 million, it may have been finally finished but remains unoccupied; currently the tallest unoccupied building in the world according to the Guinness Book of Records.

Three wings, each measuring 100m long, slope at a 75-degree angle and converge to form a sharp pinnacle. A truncated cone 40m wide, consisting of eight floors that are intended to rotate, tops the building, followed by a further six static floors.

The hotel was conceived in the 1980s by Kim Il Sung, the supreme leader of the country from its establishment in 1948 until his death in 1994. The aim was to create a monumental building that would showcase the country’s might and ambition to the world. The project was intended to incorporate a hotel containing 3,000 rooms, a casino, and revolving restaurants on the top storeys.

Construction work began in 1987 and, had it been completed according to plan by 1989, would have been one of the ten tallest buildings in the world, and the tallest hotel in the world.

The building's entirely concrete frame was completed in 1989 but work was halted in 1992 as the fall of the Soviet Union, which had been North Korea’s chief benefactor, sent the country into a period of economic crisis. In 2008, construction resumed with new contractors who completed the exterior by 2011. However, the successive planned openings of 2012, and then 2013, were cancelled. Since then, the hotel has remained empty and off-limits, apparently little more than a shell. Some estimates have put the investment needed to restart construction at US$2 billion (roughly equal to 7% of North Korea’s GDP).

The scale of the building means that its height was not surpassed by any new hotel until 2009 with the completion of the Rose Tower in Dubai. Some foreign media sources have labelled the project the ‘Hotel of Doom’, while Esquire magazine described it as ‘the worst building in the world … the closest humans have come to building a Death Star’. 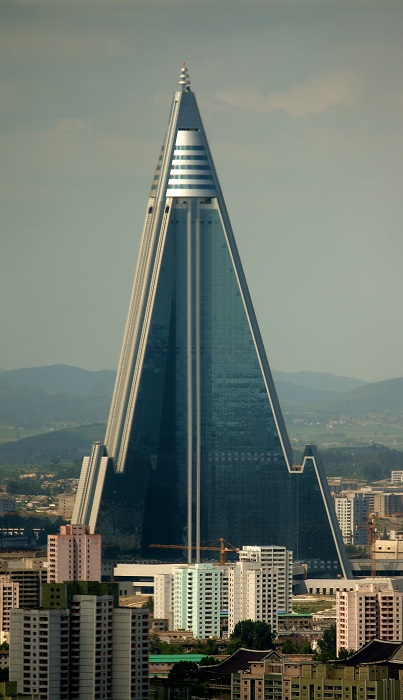 Retrieved from "https://www.designingbuildings.co.uk/wiki/Ryugyong_Hotel,_North_Korea"
Create an article