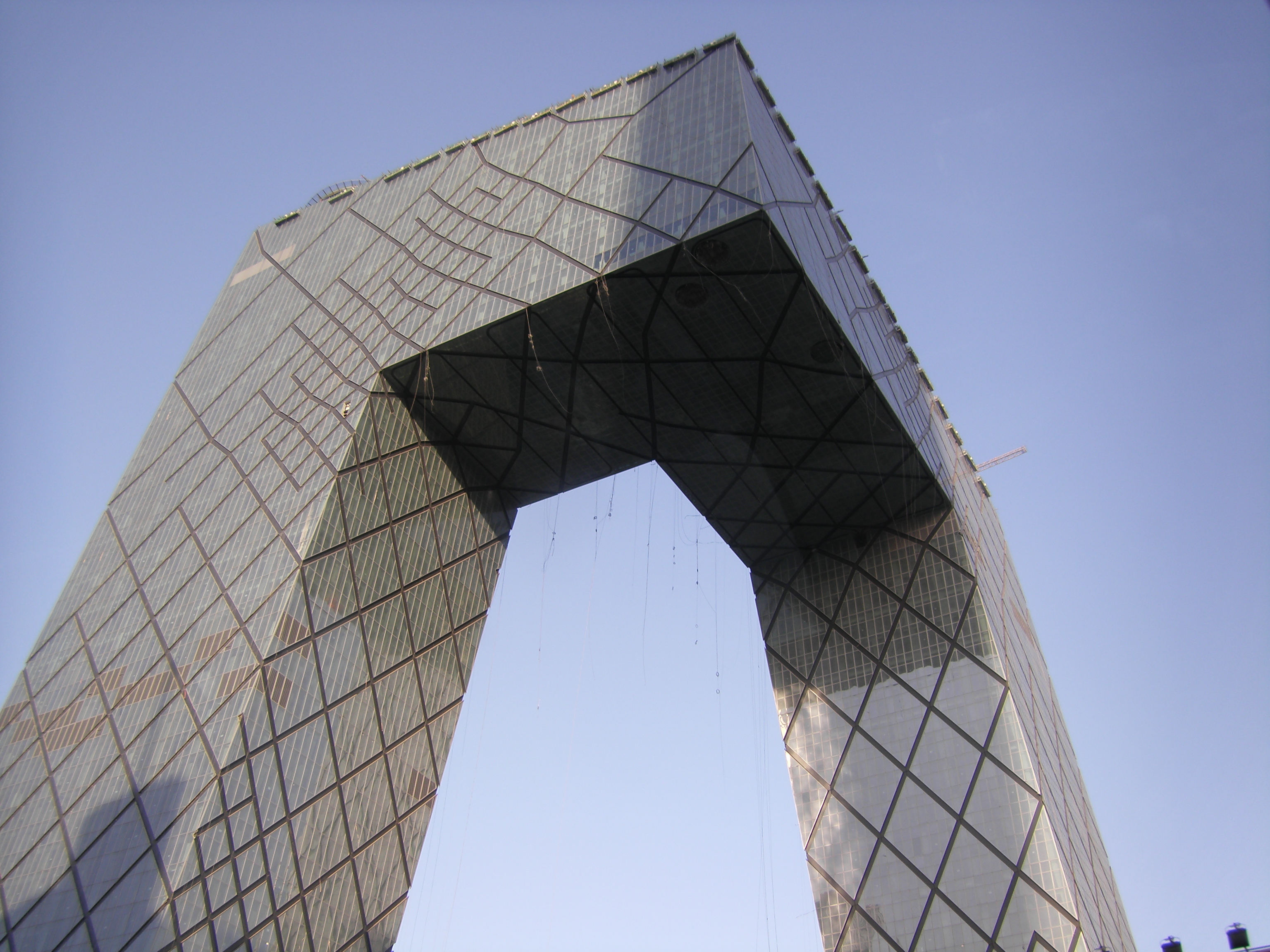 Visible from most of Beijing, China Central Television (CCTV) Headquarters is 44-storey skyscraper that accommodates TV studios, offices and broadcasting facilities. Designed by architects Rem Koolhaas and Ole Scheeren of OMA, the aim was to reinvent the traditional skyscraper as a loop rising from a platform, two towers, both reaching 234 m (768 ft), lean in towards each other and merge in a perpendicular 75 m cantilever with an open centre.

The building presented a structural challenge as it is located in a seismic zone. The forces that the building is subject to have been made explicit on its exterior by a web of diagonal structural members.

Construction work began in 2004, but there were delays due to fire, and the completion date was pushed back to 2012. It was quickly given the nickname ‘big pants’ as it resembles a pair of trousers.

It was awarded the 2013 Best Tall Building Worldwide prize by the Council on Tall Buildings and Urban Habitat. However, in 2014, the Chinese president Xi Jinping called for an end to the proliferation of ‘weird architecture’ across China.

Coming to the building’s defence Rem Koolhaas said it “…is a building that introduces new ways of conceptualising, liberating and realizing structure that did not exist in China before, and of which I’m sure Chinese culture and Chinese architecture will benefit.” 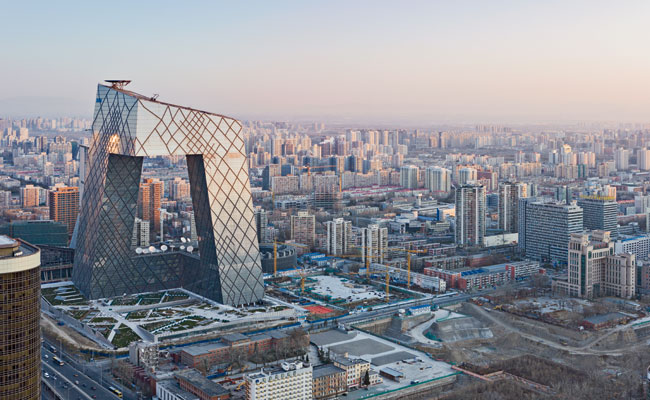 Retrieved from "https://www.designingbuildings.co.uk/wiki/CCTV_Headquarters"
Create an article