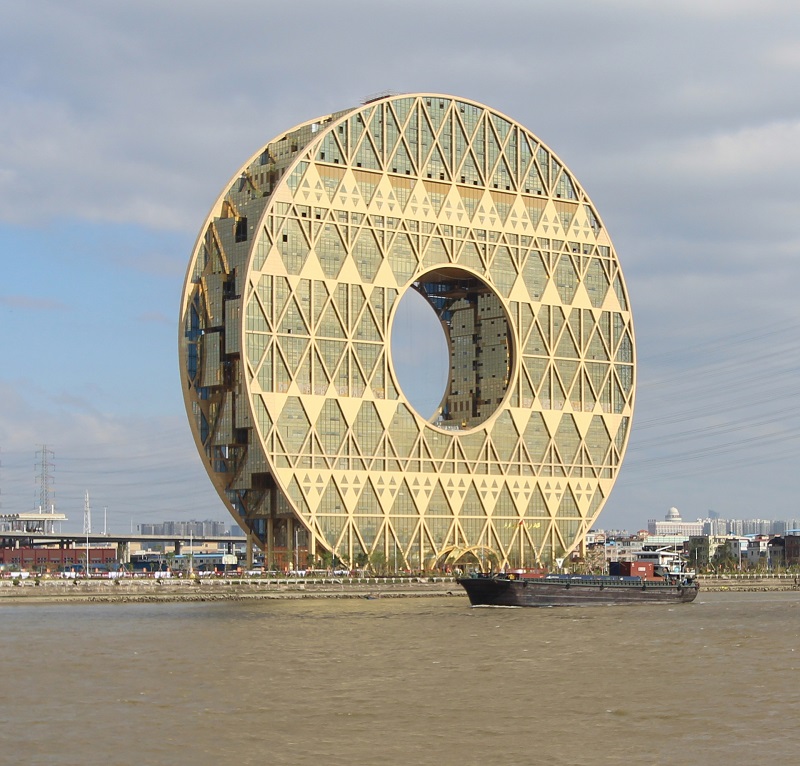 Guangzhou Circle is a landmark building completed in 2013, located on the edge of the Pearl River, Guangdong province, China.

The iconic building was designed by the Italian architect Joseph Di Pasquale as headquarters for Hongda Xingye Group and Guangdong Plastic Exchange. It was intended to serve as a contrast with the stereotypical skyscrapers of the west.

Reaching 138 m, the building has 33 storeys and a total floor area of 85,000 sq. m. It is formed by two rows of blocks that are progressively pushed out to an extreme cantilever of 25 m. This creates a 50 m diameter circular hole in the centre of the building which has almost no architectural comparison anywhere in the world. 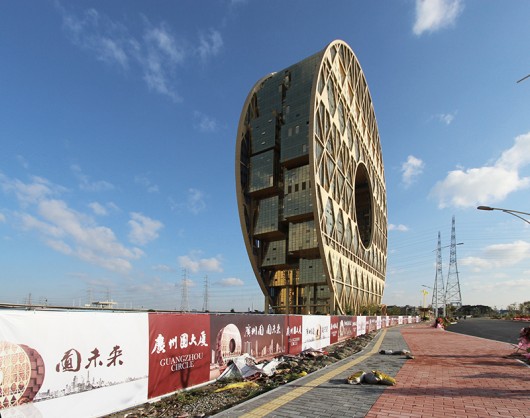 The building’s front and rear walls are clad with copper plates, while the curved side walls are formed by a series of glazed rectilinear boxes.

The design concept was inspired by jade discs and the numerological tradition of fengh shui in China. When reflected in the surface of the river, it represents the double disc of jade synonymous with the ancient Chinese dynasty of the area, as well as the number ‘8’, which has a strong resonance in Chinese culture.

Retrieved from "https://www.designingbuildings.co.uk/wiki/Guangzhou_Circle"
Create an article