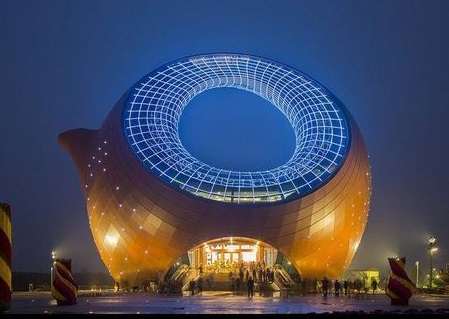 The Teapot Building is a cultural exhibition building in Wuxi, in the Jiangsu Province of China.

Completed in 2014, the design of the 10-storey building is based on the red clay teapots and other objects which originated from the Eastern province of Jaingsu during the 15th century.

Measuring 38.8 m tall and nearly 50 m in diameter, the building was constructed using aluminium sheets and glazing, with a central curvature of stained glass.

The building is able to rotate 360-degrees and is part of a 40 billion yuan (US$6.4 billion) investment project, funded by one of China’s richest men, Wang Jianlin of the Dalian Wanda group which is developing One Nine Elms on the Market Towers site at Vauxhall in London.

‘Tourism City’, as the project is known, will include a mall, stage show, outdoor theme park, hotel, cinema, water park, and more; with the aim to ‘one day rival Disneyland’. 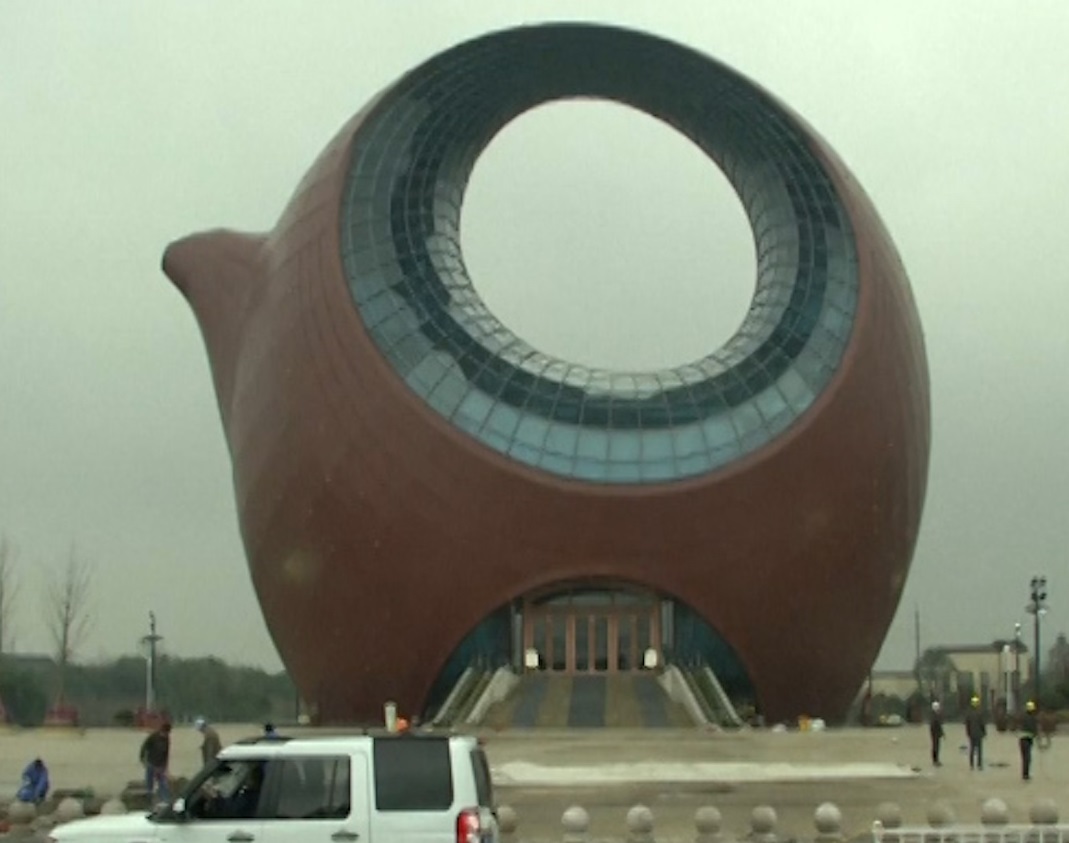