Gate to the East 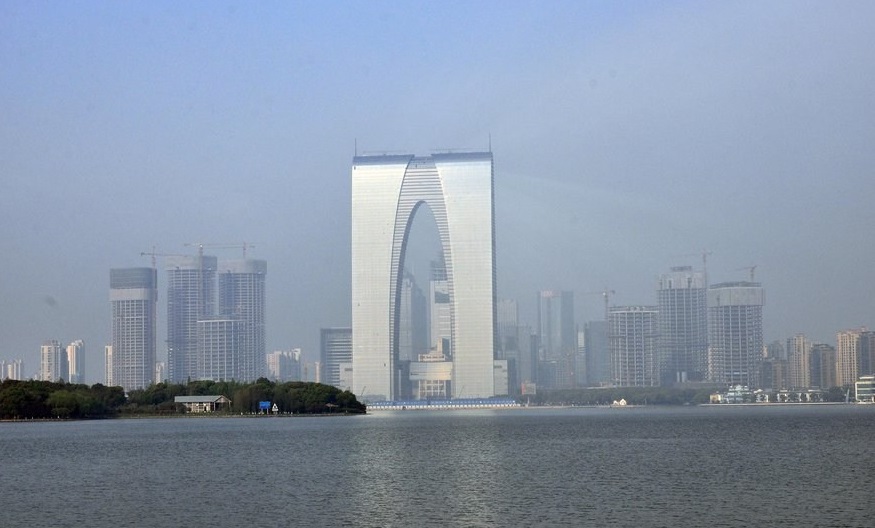 The Gate to the East is the tallest building in Suzhou, Jiangsu, China and is intended to be a symbolic gateway to the city. At a height of 301.8 m (990 ft), the office building has been described as the largest gateway building in the world.

Built between 2004 and 2016, The Gate to the East was designed by British architectural practice RMJM, and cost US$700 million. The location was chosen to mark the intersection of the historic east-west axis of Suzhou Old Town and the west bank of Jinji Lake. 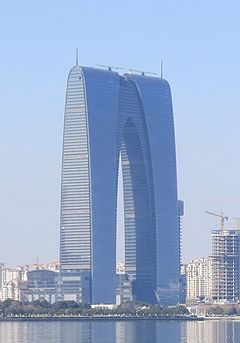 The two-columned tower rises above the lake and is adjoined by a towering arch. It sits directly above a major underground rail interchange which is fully integrated into the building.

Despite being praised for its acknowledgement of geographical and cultural context, it has received considerable media criticism, with some commentators referring to it as a climactic icon of 21st century ‘architecture of spectacle’. Others have derided it as resembling a giant pair of trousers, with locals calling it ‘humiliating’ and describing walking through its gaping arch as ‘like being forced to crawl between someone else’s legs’.

Retrieved from "https://www.designingbuildings.co.uk/wiki/Gate_to_the_East"
Create an article