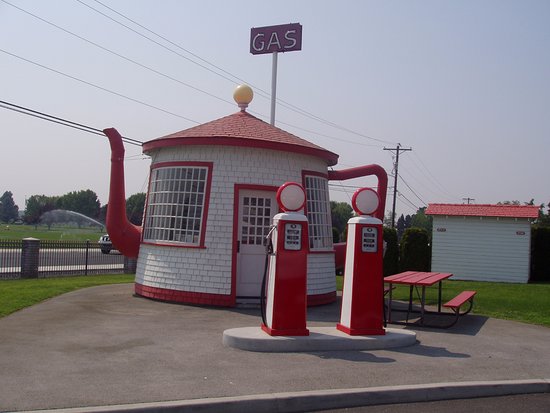 The Teapot Dome Service Station in Washington state, USA, is a former gas station regarded as a classic example of mimetic architecture.

Built in the shape of a teapot, it was one of many such novelty buildings found along highways as ‘attractions’ during the 1920s and 30s. However, this building is more significant than most as it was an architectural reminder of a government scandal.

The Teapot Dome Scandal of 1921-22 involved bribery and corruption in avoiding competitive bidding on petroleum reserves. It had a damaging impact on the then-President Warren Harding, and the Interior Secretary Albert Fall was sent to prison. Some of the reserves were located at Teapot Dome, Wyoming.

The building was hand-crafted and built in 1922 on what would become known as Route 12. Measuring 14 ft in diameter, it comprises a circular frame clad in timber shingles, with a conical roof, sheet metal in the shape of a teapot handle, and a concrete stove pipe that was constructed to resemble a spout.

The service station remained operational until 1978 when Interstate 82 was built nearby. It was then badly damaged by a car and reconstructed 1.2 miles away. In 2012, it was moved to its current location at 117 First Avenue, Zillah, Washington, and completely restored. Having been listed on the US National Register of Historic Places, it now serves as a visitor centre and tourist attraction. 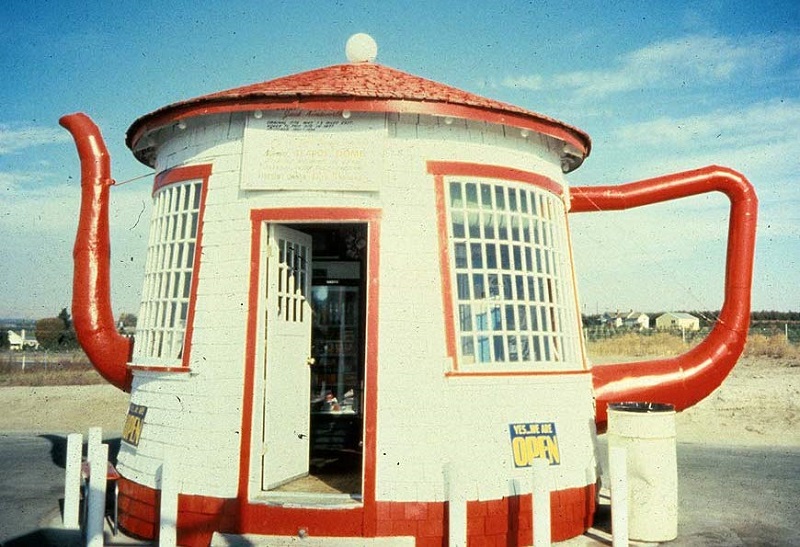 Retrieved from "https://www.designingbuildings.co.uk/wiki/Teapot_Dome_Service_Station"
Create an article