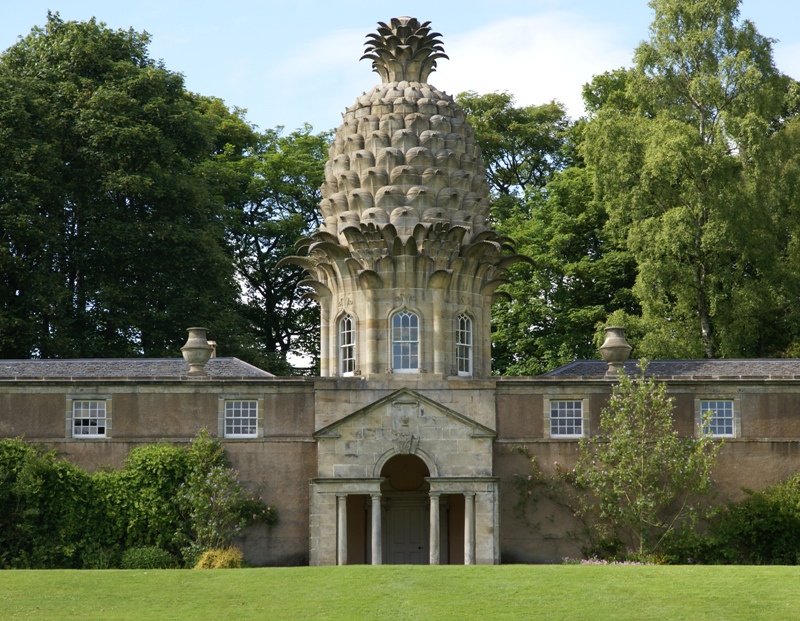 The Dunmore Pineapple is an 18th century summerhouse building with a giant stone pineapple as its central architectural feature. It is located in Dunmore Park, in Stirlingshire, Scotland, and has been described as one of the United Kingdom's greatest follies, and 'the most bizarre building in Scotland'.

The two-storey building contained a hothouse and was built around the time of 1761 by John Murray, the 4th Earl of Dunmore. The hothouse was used, among other things, for growing pineapples which were considered to be exotic fruit that travelers to the Indies and America would bring back as trophies.

The pineapple is around 14 m high and is intricately carved in stone to form an elaborate cupola on top of an octagonal pavilion. Conventional architraves put out shoots and end as stone-shaped 'prickly leaves'. According to its intended purpose as a hothouse, the walls are of double construction with a cavity for the circulation of hot air. 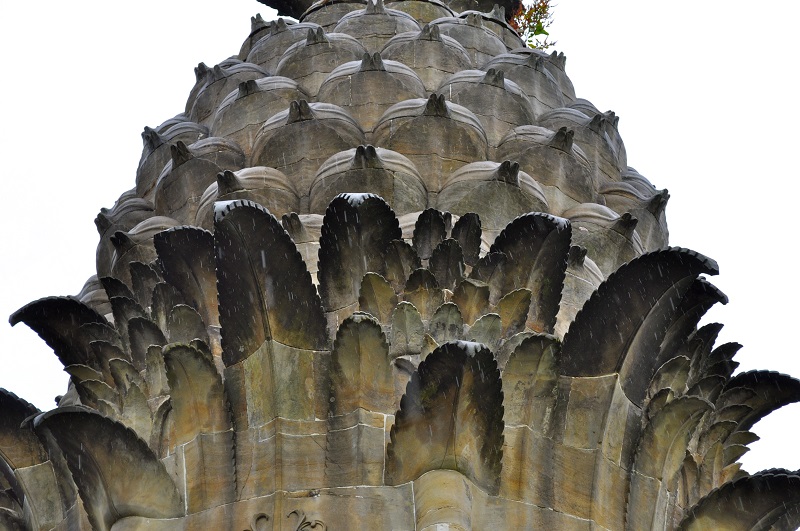 The stones are graded in such a way that water cannot collect anywhere. The base of each leaf is in fact higher than it appears when viewed from below, so that the rainwater drains away easily from the higher parts.

The Dunmore Estate was broken up and sold in 1970. The lot that contained the summerhouse and large walled garden was given to the National Trust for Scotland. They in turn, leased it to the Landmark Trust who set about restoring the building. In 2014, they made the building available to the public as rentable holiday accommodation.

Retrieved from "https://www.designingbuildings.co.uk/wiki/Dunmore_Pineapple"
Create an article

Investigations have begun into what caused part of Chester’s Roman city wall to collapse during construction work.