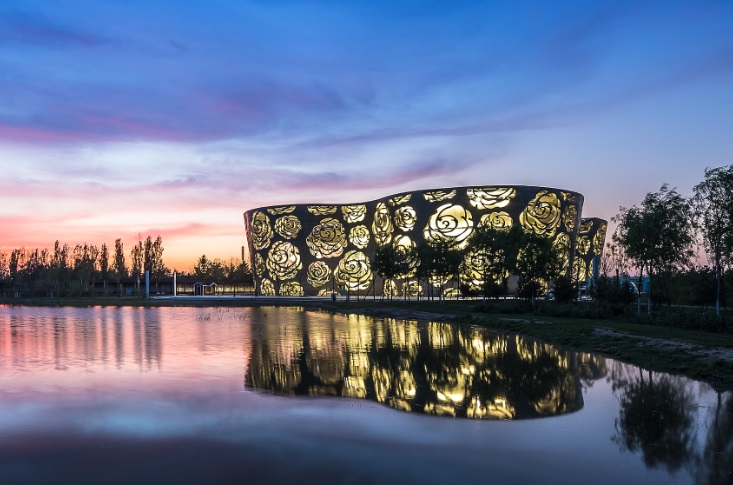 In May 2016, the Rose Museum, located in Beijing, China, opened to the public. Billed as a 'world first’, the museum is characterised by a 'solid' volume covered by a silk-like skin of stainless steel with a paper-cut pattern of Chinese roses.

Designed by NEXT architects, the museum "...aims to create a new architecture for China, in which history and modernity, art and architecture blend." The architects were inspired by the roses and floriculture which are deeply rooted in Chinese culture, as well as by traditional Chinese architecture, in particular, walled courtyards. 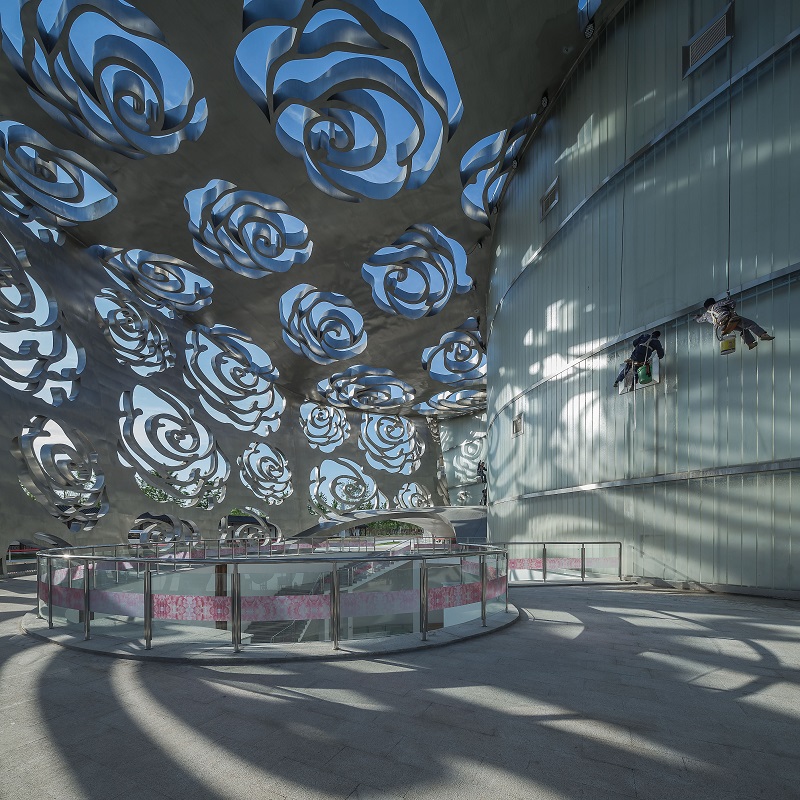 The stainless steel façade is 300 m long and 17 m high, perforated with a rose-shaped pattern. There are four half-open courtyards between the façade and the main building, in which the rose pattern creates an interplay between light and shadow. At night, the façade is illuminated and projects rose shadows outside the building.

The Rose Museum was completed in time to host the 2016 World Rose Convention.

Retrieved from "https://www.designingbuildings.co.uk/wiki/Rose_Museum"
Create an article