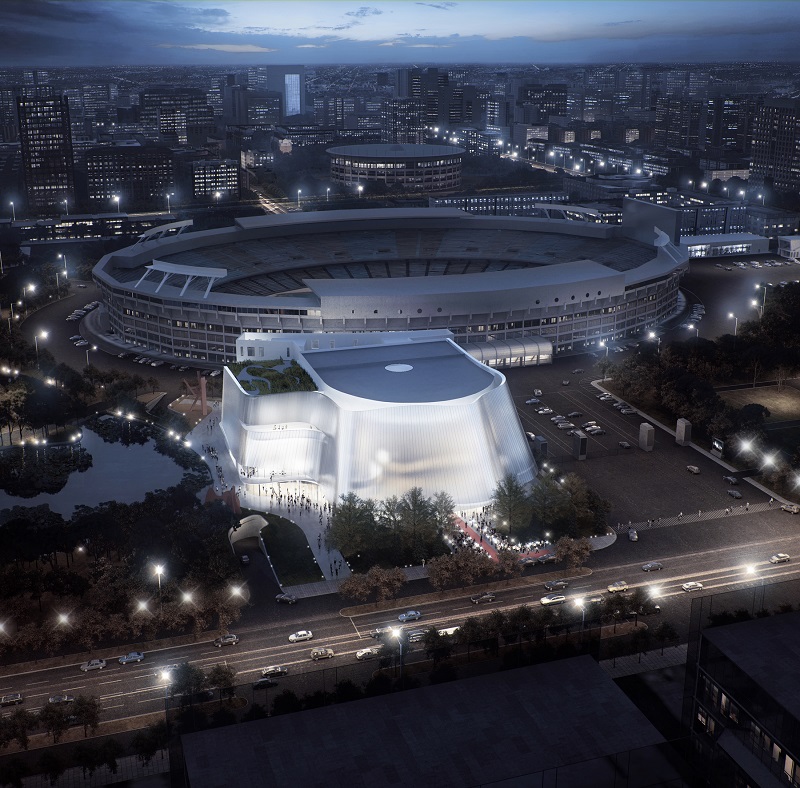 The goal is to create a state-of-the-art concert hall that will serve as a cultural exchange and China’s new hub for classical music. 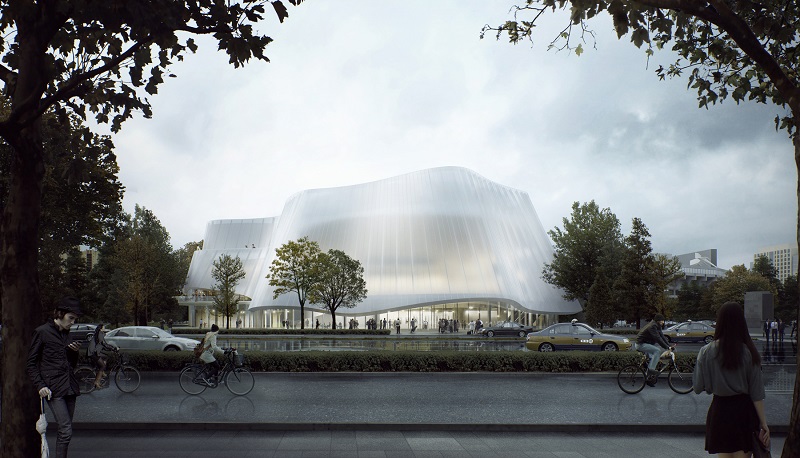 The project was approved by the National Development and Reform Commission, and the State Administration of Press, Publication, Radio, Film, and Television of the People’s Republic of China considers it a high-priority national project.

The hall will be located at the south side of the Workers Stadium East Gate in Beijing’s Central Business District, covering a site of 11,600 sq. m. 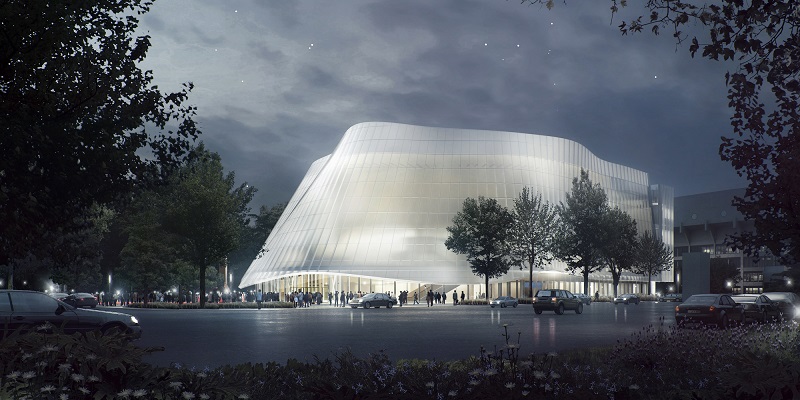 The building will be surrounded by a lotus pond and lush greenery, with the translucent façade gently emerging from the landscape like a piece of jade. The idea is that people walking past the building, will be attracted to its soft glow.

Inside the lobby, daylight will be diffused through the translucent white curtain wall, making the audience ‘feel like they are entering an installation of light and space’, according to Ma Yansong, founder and principal partner of MAD Architects. 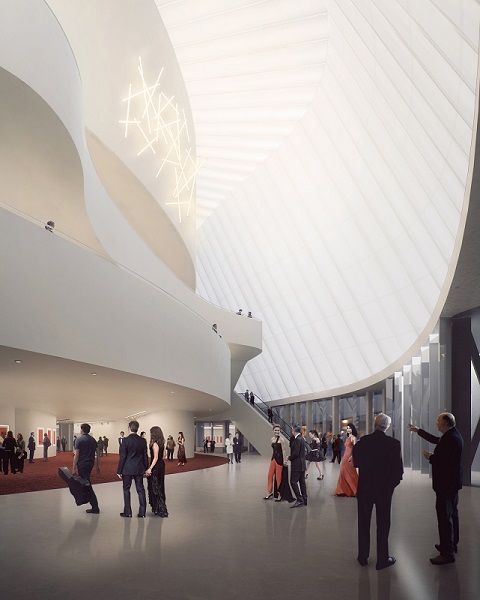 The hall, which will contain 1,600 seats, is laid out in a vineyard style, with the seating surrounding the stage, rising up in serried rows in the manner of the sloping terraces. From the ceiling white acoustic panels are designed to resemble the segments of a lotus flower, with natural light entering from above. 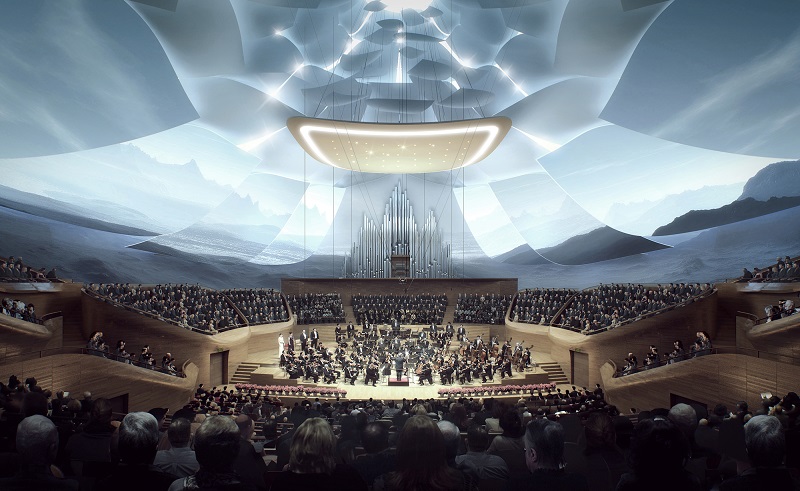 The complex also includes a 400-seat rehearsal hall with an interior made of curved wooden walls, as well as a professional recording studio, a library, a collection gallery, offices, rehearsal rooms, and other auxiliary function spaces.

Construction will begin later this year, and is expected to be completed in 2019. 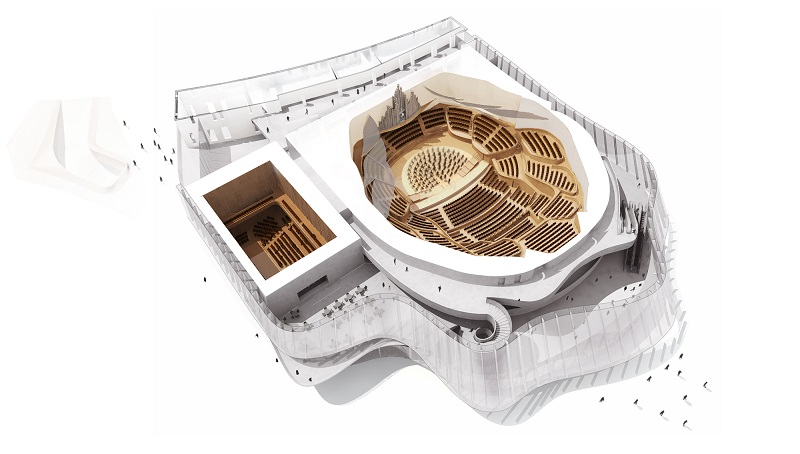 Retrieved from "https://www.designingbuildings.co.uk/wiki/China_Philharmonic_Hall"
Create an article