See the full list of Unusual buildings of the week here. 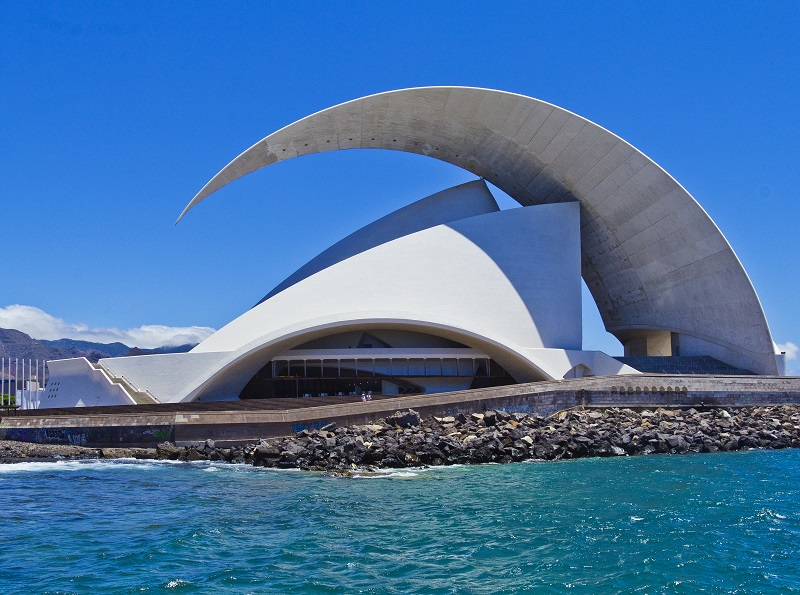 The Auditorio de Tenerife (Tenerife Auditorium) is an arts venue on the seafront in the southern part of Port of Santa Cruz de Tenerife.

It was designed by the architect Santiago Calatrava in the expressionist style, and has been celebrated as the finest late-modernist building in the Canary Islands.

The concrete building is characterised by its dramatic arch roof which sweeps up from the base to a height of 58 m and curves over the main auditorium like a crashing wave. Being supported by only two points with the narrowed tip appearing to be suspended, it was the first arch of its kind in the world. 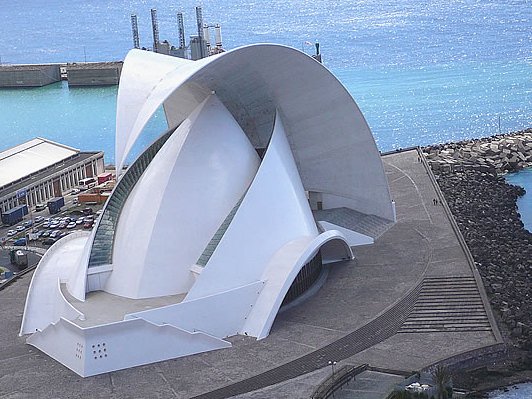 The precast concrete ribbed roof of the main auditorium is constructed from two intersecting cone segments. An approximately 15-degree wedge is missing from the centre, providing the two segments with the appearance of a pronounced ridge.

Since it was completed in 2003, the building has become an architectural symbol of both Tenerife and the Canary Islands.

I first saw this on a "How did they build that" programme on the Smithsonian channel and was excited to see it "in person" when we docked at Santa Cruz de Tenerife - amazing building!