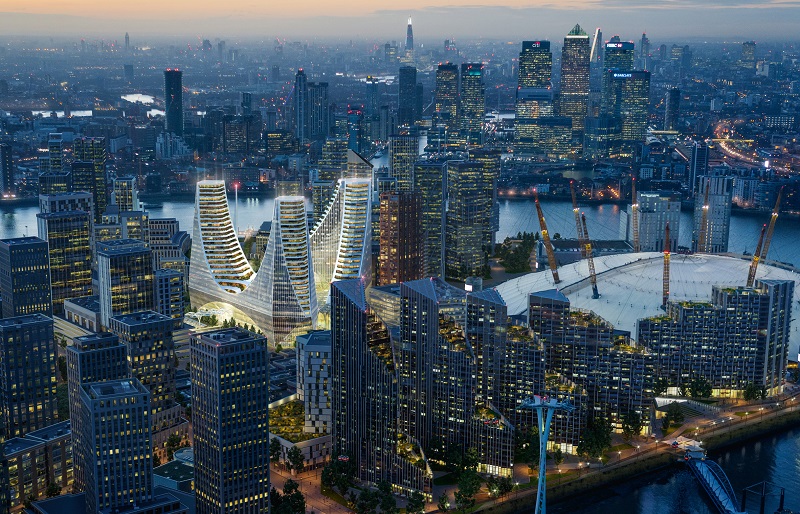 On 2 February 2017, designs were revealed for Peninsula Place, a major new development planned for Greenwich Peninsula in London.

Designed by the Spanish architect Santiago Calatrava, his first work in the UK, the project is budgeted at £1 billion.

Developed by Knight Dragon, the scheme involves three tapering towers arranged like a crown and rising to 30-storeys, and including a 24 m (80 ft)-high winter garden, and a 152 m (500 ft)-long glass galleria. The project will also feature a tubular bridge with latticed sides linking it to the Thames. 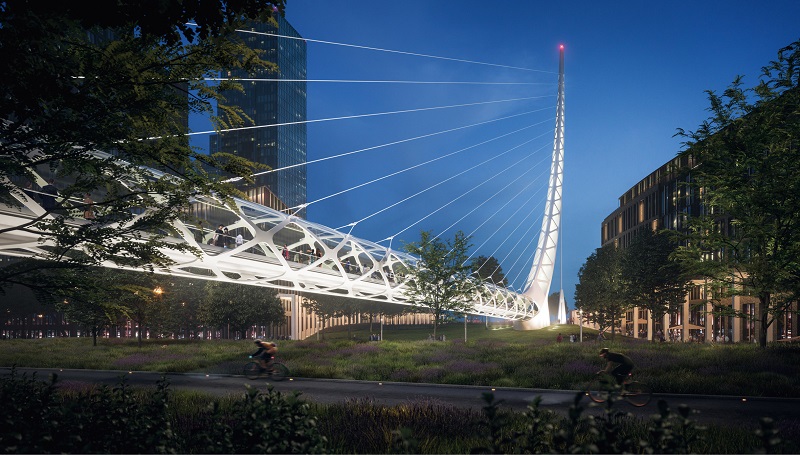 The towers will rise above the tube and bus station, a theatre, cinema, bars, shops, hotel, a new performance venue, and up to 28,000 sq. m of office space. The idea is that people will emerge from the tube station into the glazed winter garden.

Peninsula Place forms part of regeneration projects on the site totaling £8.4 billion, masterminded by Allies and Morrison. They intend to design two residential blocks which, together with Calatrava’s towers, will contain 800 homes. However, only 200 of these will be ‘affordable’.

At the official unveiling, Knight Dragon Chief Executive Richard Margree said they aim to start work on the scheme either at the end of 2017 or beginning of 2018, with completion in 2021. 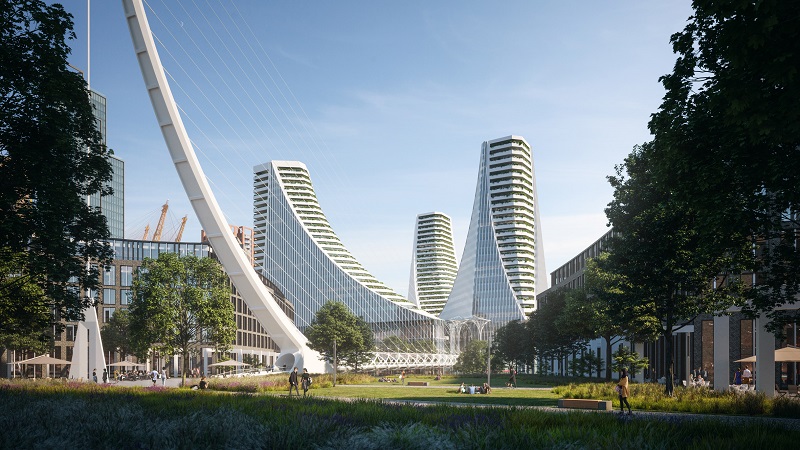 Calatrava said: "It is an honour to be designing such a piece of the fabric of London, a city I love. In designing this scheme, I have been inspired by London's rich architectural heritage and the very special geography of the Peninsula."

Despite being labeled a ‘starchitect’, he has received something of a reputation for his projects spiraling far beyond their original budget and schedule. Most recently, The Oculus in New York was completed $2bn over-budget. 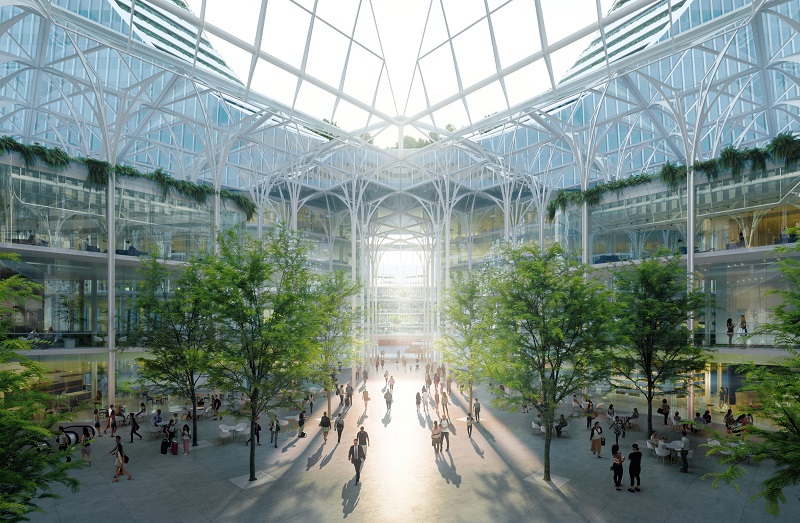 Retrieved from "https://www.designingbuildings.co.uk/wiki/Peninsula_Place"
Create an article