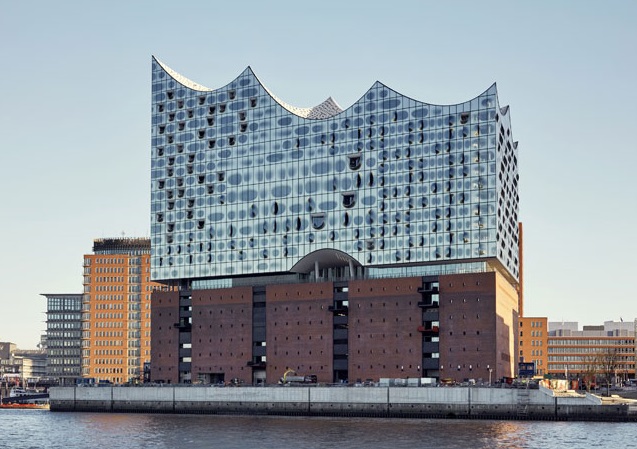 The Elbphilharmonie is a concert hall in the HafenCity quarter of Hamburg, Germany, on the Grasbrook peninsula of the Elbe River. It is one of the largest and most acoustically-advanced concert halls in the world.

Having first been proposed in 2003, it was only completed in 2016 and was officially inaugurated with concerts and a lightshow on 11 January 2017.

Designed by Swiss architectural practice Herzog & de Meuron, the building comprises a large, quartz-like glass structure sitting on top of an existing brick warehouse. With a maximum height of 108 m (354 ft), it is the tallest inhabited building in Hamburg.

The structural strength of the old warehouse was enhanced to bear the weight of the new addition, which is identical in plan form but rises up like a wave from the eastern to western end. The glass façade, consists of flat, curved, and 'carved' open panels, and can have images projected onto it. The façade also changes appearance during the day through its reflection of the sky, water and surrounding city.

The building complex contains a philharmonic hall, a chamber music hall, restaurants, bars, residential apartments, a hotel, and a terrace with panoramic views of Hamburg. 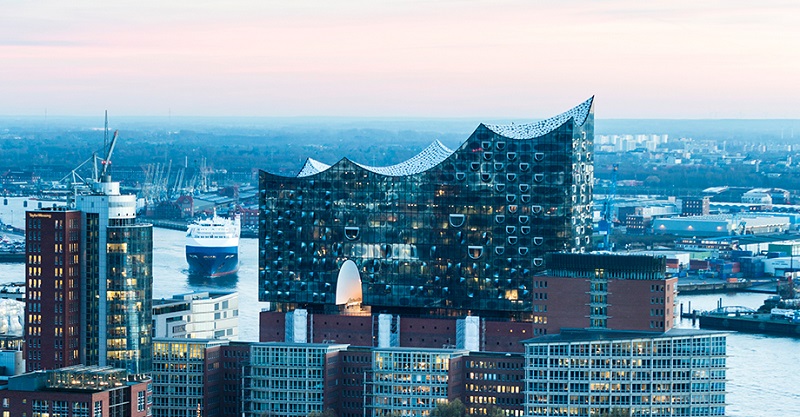 Retrieved from "https://www.designingbuildings.co.uk/wiki/Elbphilharmonie_Hamburg"
Create an article