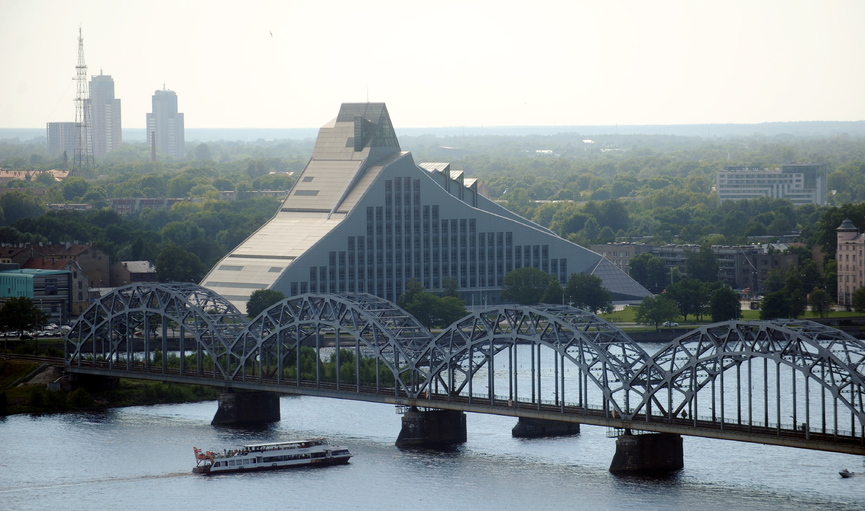 The National Library of Latvia, also known as the Castle of Light, is a library and cultural institution on the left bank of the Daugava river, Riga.

The National Library was originally formed in 1919, shortly after Latvia was proclaimed an independent country at the end of the First World War. The growth of the library over the decades meant that the stock was divided between various locations across the city of Riga.

In 2008, construction of the new library began, designed by the architect Gunnar Birkerts, who had been given the commission back in 1989.

Birkerts took as inspiration for his design, the idea of a crystal mountain, which in Latvian folklore symbolises the height of achievement and the commitment required to attain it. The ‘castle of light’ is an evocative metaphor in Latvian culture for lost wisdom that will be regained once the population is able to overcome occupation and war. 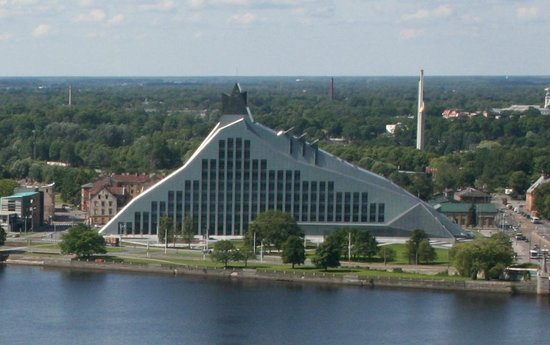 The building is 68 m high, 170 m long, and takes the form of an asymmetric triangular slab topped with a jagged crown. It is a concrete structure clad with glass, with steel-framed higher floors. Its glassy slopes mirror the spires that shape the skyline of Riga’s Old Town across the river.

Natural light floods down through three skylights into a large 8-storey atrium below the glass crown apex.

The project was completed in 2014 to its 193 million euro budget, and is used for a variety of cultural purposes, including conferences and conventions. A prominent landmark on Riga’s skyline, it is considered one of Latvia’s greatest cultural projects of the 21st century.

Retrieved from "https://www.designingbuildings.co.uk/wiki/National_Library_of_Latvia"
Create an article