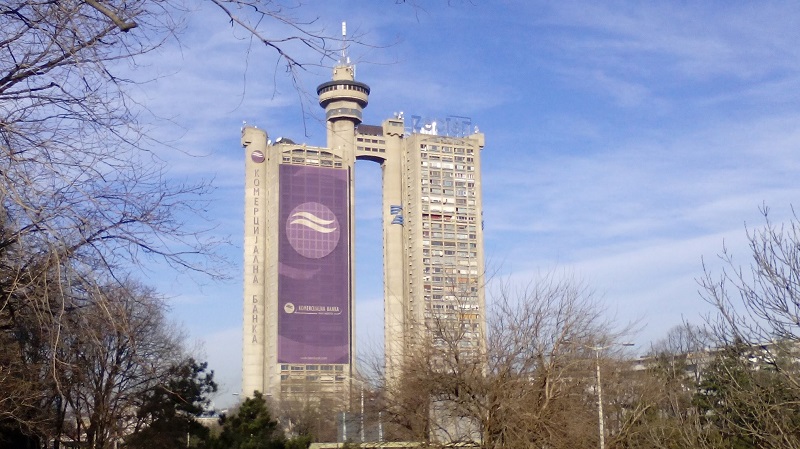 Western City Gate, also known as Genex Tower, is a Brutalist high-rise building in Belgrade, Serbia. Built between 1977 and 1980, the building was designed by Mihajlo Mitrovic and is formed by two towers connected at the top by a bridge, and resembling an enormous gate greeting people arriving at the city from the airport.

The building reaches a height of 115 m, making it the second tallest building in Belgrade, after Uše Tower. The shorter of the two towers, at 26 storeys, is commercial space occupied by the Genex Group. The taller towers, at 30 storeys tall, is residential. 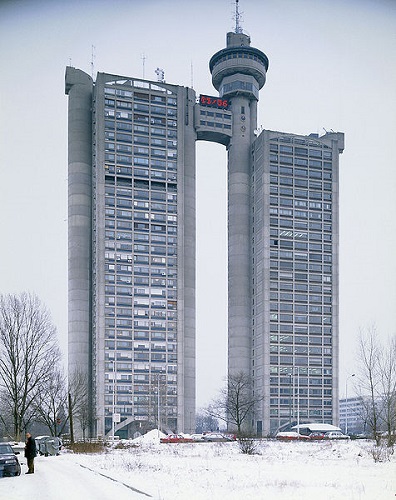 The building, which is often compared with London’s Trellick Tower, has a reinforced concrete skeleton structure with supporting walls. The two-storey footbridge allows people to move between the towers, as well as providing excellent views of the city.

The restaurant at the top of the building, which some have compared to Seattle’s Space Needle, was originally intended to rotate. However, the rotating mechanism was not supplied.

Retrieved from "https://www.designingbuildings.co.uk/wiki/Western_City_Gate,_Belgrade"
Create an article