In 2017, they published three more to add to the collection. Eager architecture tourists should get copies of these, given that they are perhaps the most well-presented and researched maps of their kind currently available. 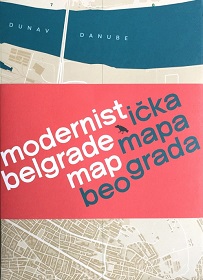 This map illustrates the reconstruction and development of the war-torn Belgrade during the second part of the 20th century as the capital of Yugoslavia. Despite not being the first city that springs to mind when considering interesting architecture, the map demonstrates quite clearly the range and extent of modernist buildings created by the generation of Yugoslav architects that came to prominence during the 1960s.

Perhaps the most famous of Belgrade's modernist buildings is the Western City Gate, although there are numerous others worthy of equal merit. Many of these are arranged across the city in relatively close proximity to each other, making this map the perfect basis for a walking tour. 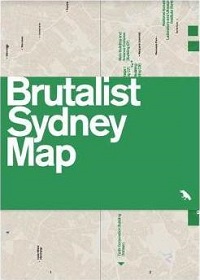 Most people would probably be hard-pressed to identify a building in Sydney aside from the Sydney Opera House, but that's not to say that it doesn't have an eclectic array of Brutalist buildings that are emblematic of a unique period of socio-political thinking.

Sydney's exploration of Brutalism began and ended later than Europe. It was well-adopted by the mid-1970s and became a monumental and distinctly civic style by the 1980s.

The high-quality concrete craftsmanship and structural details conveying 'memorable form' are evident on many different buildings, with the map pointing out that the often sun-drenched city is 'the perfect setting to highlight the textured surfaces of this European-derived ethos.' 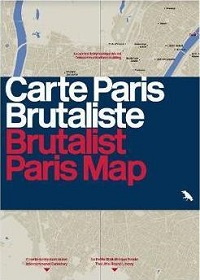 The Parisian suburbs are known for their grands ensembles; massive suburban apartment complexes built in the 1950s and 1960s. A very different Paris from the one most are familiar with can be experienced through the city's abundant Brutalist architecture.

Unlike other European capitals, Brutalism did not produce many cultural buildings in the city centre, but was instead largely restricted to housing, administrative, office and university campus buildings. Most of these are to be found beyond the Peripherique in the zones of urban expansion developed in the second half of the 20th century (and somewhat frustratingly, located beyond the limits of map).

Two of the most striking examples of monolithic residential buildings singled out are Les Damiers Logements and Les Orgues de Flandre Logements.

Retrieved from "https://www.designingbuildings.co.uk/wiki/Architecture_maps_-_more_reviews"
Create an article