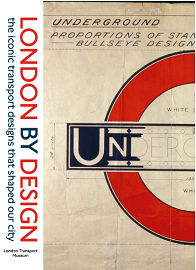 'London by Design: The iconic transport designs that shaped our city'

The book has been curated and designed by the museum's team of experts and serves as a comprehensive anthology of London's transport designs. These range from the ubiquitous, such as the roundel logo in its various incarnations over the years, and of course, Henry Beck's original tube map from 1933; to the rather more obscure, such as the Archer statue on top of East Finchley station.

The book highlights some of the remarkable architecture that has defined the London transport system, such as the Stockwell Bus Garage with its wide concrete arched roof; the dramatic concrete curves of Newbury Park Bus Station; the dark red tile exterior of Covent Garden station; the orange glow of West Acton station, and the 1930s Art Deco-style Victoria Coach Station. 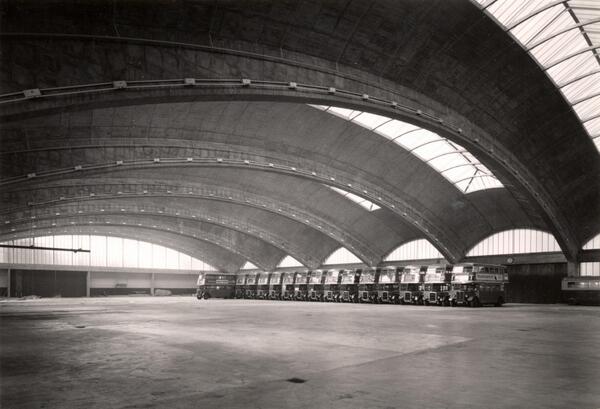 But the book isn't simply an exercise in nostalgia focusing on London's past glories, as more modern examples of spectacular architecture are also included, such as Michael Hopkins & Partners' high-tech Westminster Station; Foster + Partners' vast Canary Wharf Station with its semi-elliptical canopy; and the futuristic curving blue-glass wall at Southwark Station.

While the book is well-presented, with some delightful images and illustrations, there is perhaps insufficient substance to make it worthwhile for transport aficionados. That said, as a tourist souvenir, or for the London-enthralled youngster, it is perfectly good.

Where the book is more successful is in highlighting the smaller and more subtle design details that all-too-often go unobserved, such as the steel uplighters on the escalators at St John's Wood, Eduardo Paolozzi's psychedelic mosaics at Tottenham Court Road station, and the roundel step nosing on staircase treads. In fact, even the most hardened Londoner who endures the transport network day-in-day-out, would find it hard not to flick through and find something from to make them pay a little more attention to the details on their next journey.

You can purchase the book from the London Transport Museum site.

Retrieved from "https://www.designingbuildings.co.uk/wiki/London_by_Design_-_review"
Create an article